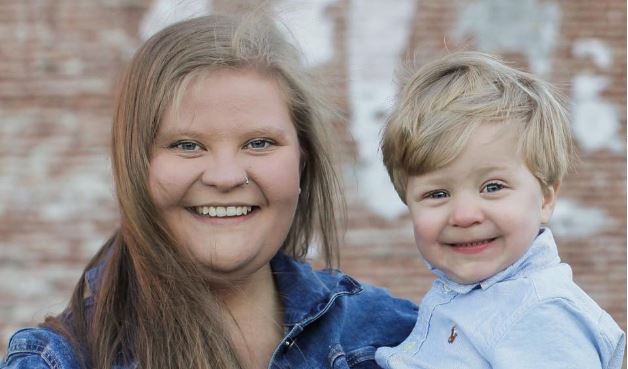 A whole-hearted, honorable gift of God – that’s what the name of my son, who was conceived in gang rape, means.

I endured trauma the night he was conceived. There’s no denying the existence of trauma after two men hold a gun to your head and violate you in every way imaginable. Honestly, when they were finished with me, I wasn’t sure why God spared my life at all.

My soul just sort of shut down, and I lived in a perpetual state of mourning.

All the while, a member of the clergy at the church I was attending at the time pushed me non-stop to take the morning after pill. Back then, I wasn’t sure how I felt about Plan B, but I knew enough to know it could prevent a unique human person from implanting into the uterus during his or her embryonic stage. So I decided not to take it, and I avoided the numerous text messages and phone calls from clergy. I ignored the voicemails with the same repeated question: “There’s a small window of time here – have you taken it yet?!”

Mostly, I cuddled my chunky kitten and cried, while praying and asking God why he would allow the torture I endured that night to continue by allowing me to live through it. I felt nasty, all used up — like I would never be whole again, never be clean again, never experience joy or the feeling of having a purpose again. And I felt I had no reason to go on living.

I made it through the medical visits, exams, and proactive STD treatments I received, just in case I’d been exposed to anything. I endured the awful side effects of post-exposure prophylaxis (PEP), intended to prevent the transmission of HIV. I went through the motions in this new, abnormal existence I wanted no part of.

And then I noticed the same tell-tale signs I experienced once before when I had experienced an unplanned pregnancy which eventually ended in a heartbreaking miscarriage. Honestly, I just knew, but I had to see it to believe it. 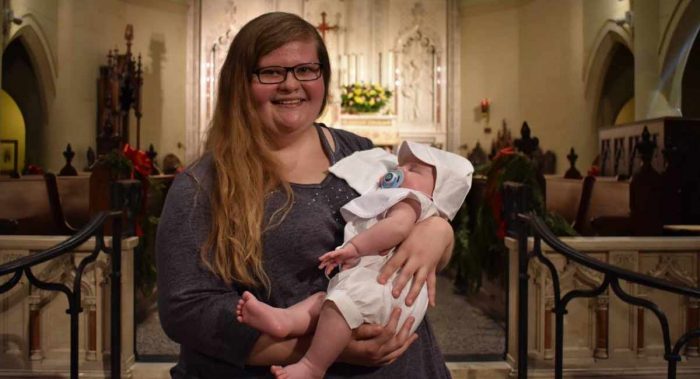 Paula and her son Caleb.

That’s how I wound up in Walgreens, returning the Plan B that had been purchased for me and exchanging it for a box of pregnancy tests, the cashier looking at me as if I should know that this wasn’t how it worked.

A few minutes later, I was sitting in my bathroom holding a white stick, watching it closely, when “Pregnant” appeared on the small, digital screen.

I smiled. I smiled SO BIG.

In that moment, I knew, without a shadow of a doubt, that God had seen me. He saw every torturous moment of the gang rape that had broken me. He saw me as I wept. He saw me when I wanted nothing more than to be swept into the ocean of my grief.

God gave the pain I endured a purpose.  He gave me a reason to live. He gave me the greatest gift of love and joy I could ever imagine – the opportunity to be a mother to a perfect baby boy.

As much as I wanted them to, the struggles I faced didn’t disappear.

They told me time and time again that my baby was “evil,” “a spawn of Satan,” “a permanent reminder of the rape,” “not even a person,” “disgusting,” “a mistake,” “the reason abortion exists,” and on and on. Those were the kinder things they said. I can’t count the number of times they told me I wouldn’t be able to love him because I was a victim of rape. 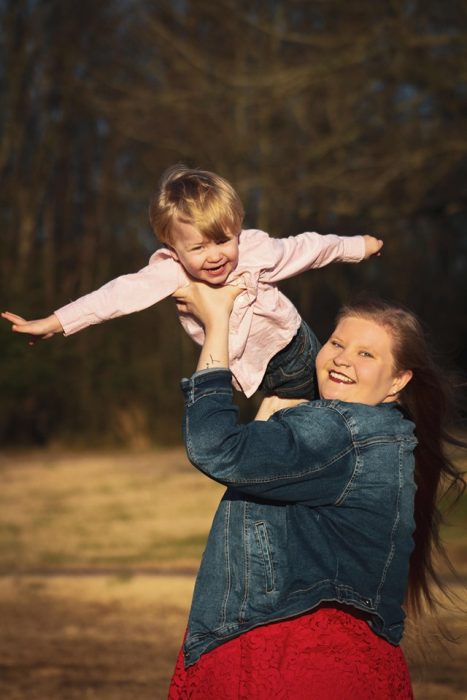 Their voices were so loud and hurtful, and they were incessant. What they never realized is that I – the person who babysat all of their kids, went to lunch with them, listened to their struggles, comforted them, made meals for their families after their own births and deaths and surgeries, hung out in their homes, was a good friend to them, whom they deemed “an angel in disguise” – I was conceived in rape when my biological mother was raped at knifepoint in 1991.

The person they were trying so hard to convince about the inherently evil nature of what they called “Satan’s rape babies” was herself conceived in rape, and I didn’t demonstrate any of the horrible characteristics they told me my child would.

At the same time, I was receiving their non-stop calls and texts pushing me to schedule an abortion appointment, I began experiencing heavy bleeding. It took months to determine that I had gotten an infection as a result of the rape, and as the infection took over in my body, the bleeding became heavier and heavier.

It was the most traumatic experience – sobbing and begging God to please spare my baby’s life, to make him strong, to just help him hang on, and then receiving a text message that would inevitably say something like “You need to hurry up and get rid of the Devil baby.”

Being gang-raped was nowhere near as bad as enduring that kind of traumatic hatred.

When the infection was finally discovered, the nurse was intentionally vague when she called to tell me they were calling in antibiotics that I needed to start immediately. She didn’t want to upset me, but as a millennial, I googled the name of the infection and read about the ways in which it complicated pregnancy. Listed on a reputable medical site was the typical window in which this infection would cause pre-term labor. I was in the last bit of that window. 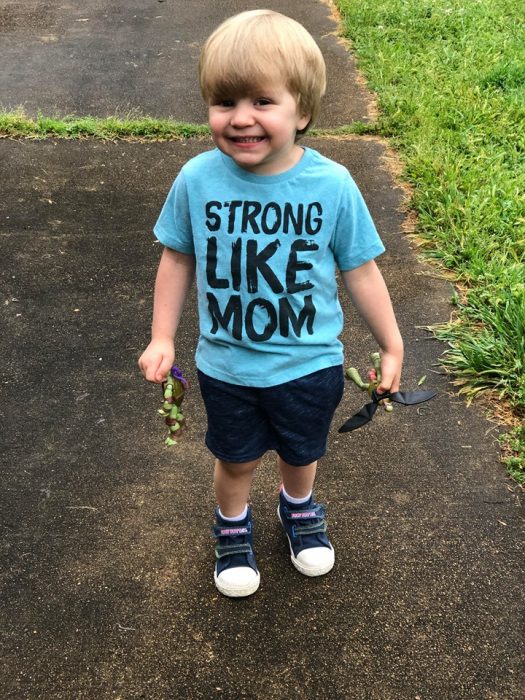 It took weeks and multiple rounds of antibiotic treatments to rid my body of the infection. I cried in fear until the bleeding stopped, and when it finally did, at 20 weeks, I cried tears of thanksgiving. God was continuing to protect my baby, and just a week later, I found out he was a boy!

The moment the sonographer said, “Oh, Paula! This one’s a boy,” I gushed and told her his name was Caleb.

When people tried to speak to me about abortion, I would tell them that Caleb and I were doing great and that I couldn’t wait to see his face, hold him, and be his mom. I was literally calling him by his name for weeks, and I still couldn’t go to church without being told that it wasn’t “too late to fix this.” I had offers from many people, including one wealthy woman, who all wanted to “help” me by funding an out-of-state trip to New Mexico for a late-term abortion.

That was such a hard time. I cried a lot and held tight to the knowledge that God doesn’t make throw-away people, and his light has always outshone the darkness.

Light. I use that word a lot to describe my little boy.

He was the happiest baby I’d ever seen and has continued to be the most joyful child. At two and a half, he loves to give hugs and kisses. He picks me wildflowers from the yard and asks to draw pictures for people because he says he wants to make them happy. He loves babies and wants to be a superhero doctor when he grows up.

Caleb loves to pray, and he prays every day for mommies to be loved and for the babies in their tummies to be safe.

I am now the Executive Director of Hope After Rape Conception, a non-profit, pro-life ministry with the mission of assisting mothers from rape and our children because God called me to support others who are walking this path of motherhood after rape, often in the very ways I needed support.

“You intended to harm me, but God intended it for good to accomplish what is now being done, the saving of many lives.” (Genesis 50:20)

Our story isn’t a sad one. It is true that it’s marked by trauma, but it isn’t sad. Our story is one that tells of the boundless, redeeming love of God, who saw me in the depths of my despair and gave me my life’s greatest blessing – a child conceived in gang rape, a child who far too many people deemed disposable, a child who saved my life, a child who was always meant to be my whole-hearted, honorable gift of God.