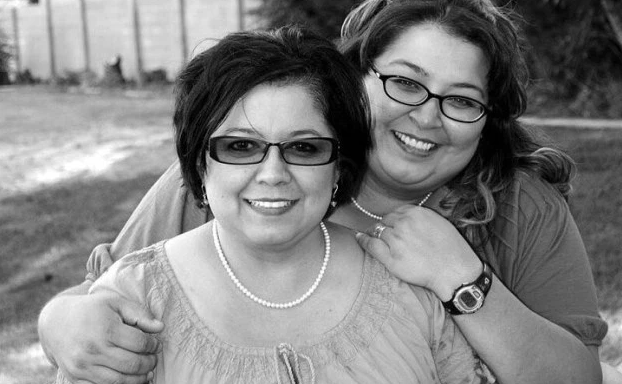 (Save the 1) I am sharing my story for every girl who lives in silence, and for every person to understand that all life has value and is worthy of protection.

I was conceived in father/daughter rape-incest.  My mother, Becca, was molested by her father throughout her children and was 15 when I was born.  She was offered an abortion by a doctor who had asked her if she had been a “bad girl,” to which she responded that she had not, because she really had no understanding of what he father had been doing to her.  This doctor completely failed to help her break free from the molestation.  In fact, Child Protective Services also failed to protect my mom, even though they were called by the school authorities, and while at school my mom told them what was happening.  Nevertheless, they ultimately sent her home to be abused for several more years. Despite the pressure to abort, once my mom knew she was pregnant, she understood that a life was growing inside of her which she could not kill, and so, she refused the abortion and chose to bring me to birth.

When I was born, she said she loved me like a baby doll, but did not know how to care for me.   As a result, her parents, Ruben and Rosa, raised me as their own until I was around 4 years old.  At that time, Becca told me that she was my mom.  Since I didn’t believe her, I asked Ruben and Rosa if this was true, and they confirmed for me that it was indeed true — they said that what Becca said was correct and that she really was my mom.  I remember feeling confused, and to help myself deal with the confusion, I would call Rosa mom or mamma, and Becca, I would call Becky or mother.  I remember feeling weird in public because Becca was my sister to the public.  Overall, I still saw Becca as my sister and friend, even though I knew she was my mom.

My earliest memory of abuse is as a baby.  My father, Ruben, started to physically and sexually abuse me from around 1 year of age until I was 10 years old.  In once instance, my grandmother Rosa even caught him and threatened to divorce him if he ever did it again, but I was too scared to tell her what was happening.  I knew what he was doing was bad, though I didn’t know the name for it.  I knew that he was bothering me and I didn’t like it.  He was a big man (350+ lbs) and he was violent, so I was terrified of him.  I felt so dirty, defiled and ashamed.  There are so many memories of the sexual abuse and a great deal of pain in recounting any of them.

My young mom did her best to protect me.  One of my memories of her protecting me was around the age 8 or 9.  My father was upset with me about not doing a chore right, so my mom (Becca) told me to hide under the sink and be real quiet.  I did, but felt guilty because I knew what he would do to her. Sure enough, he gave her my beating.  I could hear it and see from a small hole.  Other times, she would ask me if he was “bothering” me.  I know I would tell her both no and yes. She would ask me if I would want to go or stay if she ever left, and I would tell her that I definitely wanted her to go! Finally, on November 16, 1988, she secretly took me out of school with the help of our oldest sister, Rachel.  My mom and I ran away with family friends to Plainview, TX, and it was about 7 years before I saw my father or my grandmother again.

Within a couple of months after moving, my mom told me the truth – that my father had sexually abused her as well, and that I was a result of that abuse.  It didn’t shock me because I had a feeling he had been doing the same things to her, but I definitely felt confused, gross, ashamed, and worthless, and wondered how my mother could really love me.

Plainview was supposed to be a new start, but unfortunately, we ended up in an abusive cycle again. My mom met my step-father at church, and he was a charmer.  He swept my mom off her feet.  I don’t remember exactly how I felt about him, but I do know that I wasn’t happy that he was taking my mom away.  Shortly after my 11th birthday, he talked my mom into letting me spend the night with him and his girls, and she took his youngest son.  That night, my future step-father sexually abused me.  I tried to tell my mom, but the church we were going to gave her bad advice, and they blamed me.  After that, I felt alone and trapped as the abuse continued over the next five years.

At age 13, I became pregnant by my step-father, though hadn’t realized at the time that I was actually pregnant because I didn’t understand what was going on with my body, and now that I’ve experienced four miscarriages in my life, I realize that I was pregnant by him, ending sadly in miscarrying the baby.  He had told me that if I ever got pregnant, he would force me to have an abortion.

Until after my sixteenth birthday, I was trapped in a very destructive relationship with my step-father. He was completely warped and told me strange things such as that he wanted to marry me and wanted me to raise my younger sisters and brother.  I prayed for a way out!  I thought that I would suffocate from the inside and out.  My way out was close, though I didn’t know that at the time.

My family started going to a new church.  This church would be the path to freedom that God used to end the abuse.  One day, in June of 1994, my mom walked in on my step-father raping me.  The feeling of doom was so thick, I was smothered by it.  I was sure that my mom was going to send me away, but the next day, she went to our pastor and told him what happened. This time, the pastor called the police. Finally, my cage door was opened!

He was charged and arrested, my step-father and mother got a divorce, the grand jury indicted him, but then the prosecutor cut a plea bargain, so he spent 10 years in prison.  Although some would call this justice, I remember feeling at the time very upset that I did not have my say in Court and I wanted my voice to be heard.  Finally after all of these years, I have the opportunity to be heard!

I have survived sexual assault and rape by my biological father, uncle, half-brother, step-father and other men.  Healing started to happen as I sought out counseling.  At the age of 19, I met my future husband.  He was the first man who treated me with respect and dignity. We dated for two years before getting married in October of 1999, and he’s been my biggest supporter.

While my husband was away for training with the United States Navy, when I was 22 years old, I was raped by a stranger in a home invasion while I was sleeping.  I did everything “right” – I went to the hospital where we reported it to the police, and I had a rape kit done.  I was offered the Morning After pill, but I declined because I knew the risks involved.  The perpetrator was never caught.  My husband came home within 48 hours of the rape, and we moved to a new location for obvious reasons.

About a month later, I had a positive home pregnancy test.  I was scared and alone.  My husband was back at Naval Training again.   I went to a pregnancy clinic, not knowing the difference between a pro-life pregnancy resource and an abortion-friendly clinic which encourages and refers out for abortions.  At this clinic, I was strongly encouraged to have an abortion — particularly because I was pregnant by rape.  I was completely shocked and appalled! I told them I did not want an abortion, and I promptly left.

I told my husband that I was pregnant, and I asked him if he would raise the child with me.  I was so scared that he might say no! He told me that just as I was a miracle, this child is also a miracle, and that he would love the child like his own.  In that moment, I felt secure and protected, but at the same time, I felt unworthy of such unconditional love. Within another month, I began to bleed, and I either miscarried or had a false positive pregnancy test.  I had a accepted the fact that I was going to have a baby, and felt sad realizing that the baby’s life was gone.

I have had four miscarriages and the doctors told me that it was my genetic makeup due to my conception which makes me more susceptible to miscarriages. Gratefully, my husband and I have two healthy children together.

My path of healing has taken so much hard work, but it has been worth it — God has been so gracious to me!  I reconciled with my biological father before he died and forgave him.  I have worked with my mom to rebuild a broken and confused relationship.  I am a Christian and find my Hope in Jesus Christ.  I have come to a place of peace about my conception and I can now voice my deep found identity in the One who created me.

I have now shared my story as pro-life speaker with church groups, youth groups, college groups, in the media and testifying before the state Legislature. I desire to speak to the value of life — even the lives of those who, like me, were conceived in incest and/or rape.  As I have come to see my life as a precious gift given to me, I want the unborn lives of all to be protected from abortion, and I want every child to be protected from sexual assault.

I am going on 16 years of marriage with my husband Casey.  We have two beautiful children — a son and a daughter.  My family and I are members at Heritage Christian Fellowship. This coming Fall, I will be enrolled at Liberty University where I will be getting my degree in Government –Western Legal Traditions, so I may continue on to Law School.  My goal is to become a Constitutional Attorney so I can fight for the rights of the unborn, including those conceived in incest and rape.  I am working towards getting more involved in the Yahoo email support group for those who have conceived in incest/rape or who became pregnant by incest or rape. I know God is calling me to use my story to offer hope and healing to others, and to show His goodness in my life!

Editor’s Note: This article originally appeared at Save the 1, and is reprinted here with permission.