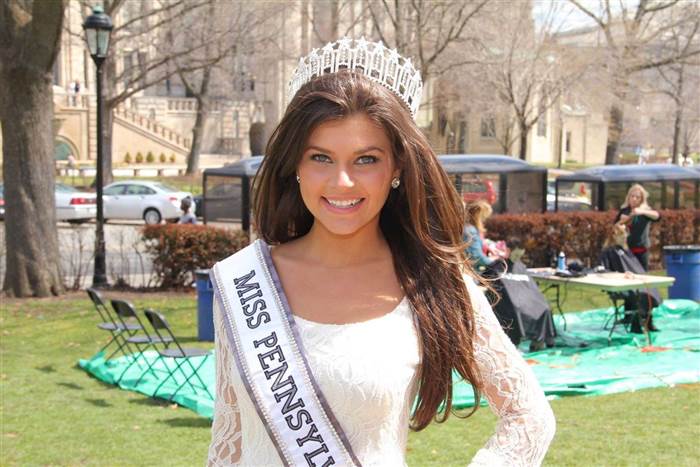 (LifeSiteNews.com) – When former Miss Pennsylvania, Valerie Gatto, was in third grade, she found out the difficult truth that she had been conceived when her mother was raped at knifepoint.

Gatto’s mother was only 19 years old when the attack occurred.  Her assailant had plans to murder her as well, but says those plans were thwarted when a bright light from an unknown source appeared. This light gave Gatto’s mother the ability to get up and run away before he could do further harm to her.  Gatto says, “I like to think of that light as my mother’s and (my) guardian angel.”

In an interview with the Pittsburgh Tribune Review, Gatto says her mother always told her, “I was her light.”

Soon after the attack, Gatto’s mother discovered she was pregnant.  According to an interview with Gatto for CBS Pittsburgh, her mother never considered abortion.

She did have plans to put her daughter up for adoption, hoping she could be given a more stable life elsewhere.  But, after Gatto was born, her grandmother reminded her daughter that God does not give us more than we can handle.  She convinced Gatto’s mother to raise her little girl herself.

Thus, at 20 years of age, Gatto’s mother lay aside plans to attend law school in order to raise her daughter.  Gatto grew up living with her mother and maternal grandparents in a stable, loving home.  She says she never felt as though her mother regretted her decision to keep her.

Gatto was raised going to church each Sunday and, as a result, faith became an important part of her life.  According the Gatto’s website, her mother was put in charge of the food pantry at their church, delivering food baskets for those in need.  She would bring Gatto with her and this service driven life encouraged Valerie to volunteer in various capacities as well.

She became involved in projects such as clothing drives, giving gifts to children in hospital care, and Operation Dear Abby, which gives cards to U.S. military members stationed overseas.  Gatto says she has learned to live her life “looking at how to turn a negative into a positive.”

Gatto went on to pursue higher education and graduated with honors from the University of Pittsburgh.  Since then, she has continued serving in various capacities around her community such as helping at a local food bank and donating clothes to an organization that empowers women.

Additionally, her mother’s story of rape and survival has given her a deep desire to help other women learn how to protect themselves from sexual assault.  “I hope to make a difference and shed a light on sexual assault and rape for young women,” Gatto says.

As she anticipates using her platform to inspire many with her life and story, Gatto firmly believes God has put her on this earth for a special reason.  “I knew God put me here for a purpose, and he’s the reason my mother and I were saved,“ she says. “I want to do him proud and my family proud.  If I did just sit there and think, ‘Why did this happen?’ or ‘Does my father know I exist?’ and be scared and let the fear of the unknown stop me, I wouldn’t be living my life. He put me here to do great things, and I’m not going to let that stop me.”

Editor’s Note: This article was originally published by Life Site News on March 3, 2014, and is reprinted here with permission.