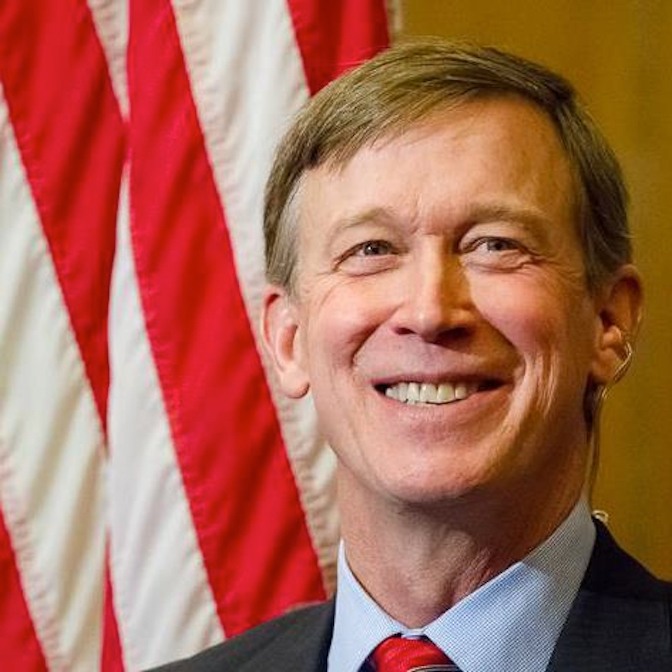 On December 13, 1993, five people went to work at a Chuck E. Cheese’s in Aurora, Colorado. Four of them didn’t come home.

Sylvia Crowell was the first to go down. Ben Grant was next. 17 year-old Colleen O’Connor dropped to her knees and begged for mercy; she got a bullet instead. So did mother of two Marge Kohlberg, who kept moving until another round finished her off. Bobby Stephens only survived by playing dead after being shot in the face. The perpetrator, one Nathan J. Dunlap, would later say that his victims meant “nothing.”

Dunlap received the death penalty and was scheduled to die in August of 2013. That didn’t happen, however, as Colorado governor John Hickenlooper was reportedly anguished at the prospect of putting someone to death. In May, his chief of staff tweeted that “there has to be a more humane path” than execution. Five months later, Hickenlooper granted Dunlap a reprieve, declaring, “It is a legitimate question whether we as a state should be taking lives.”

As you can see, Gov. Hickenlooper has shown some serious concern for Mr. Dunlap’s life. Others haven’t gotten as much attention.

Planned Parenthood is America’s largest abortion chain, performing over three hundred thousand abortions annually. Second trimester abortions (13 weeks to approximately 26 weeks) use a technique known as Dilation & Evacuation (D&E). It involves pulling a fetus apart one piece at a time, despite evidence that a preborn child can experience pain by 20 weeks. Some scientific research even suggests the potential for suffering could begin as early as 5.5 weeks.

Or at least that’s how it’s supposed to happen, anyway; a series of videos released this year by the Center for Medical Progress (CMP) indicates that things don’t always go according to plan. Shot on hidden cameras, most of them show people claiming to be fetal tissue buyers meeting with Planned Parenthood officials. One of these officials was Dr. Savita Ginde, Vice President and Medical Director of Planned Parenthood of the Rocky Mountains.

Ginde, who is based in Denver, Colorado, appears on CMP’s fourth video (see above), and she acknowledges that second-trimester abortions sometimes result in infants being delivered intact at the Denver clinic where she personally performs abortions. It’s the same video where Ginde refers to a dead fetus as “a baby” and an assistant remarks that “another boy” had been aborted.

Ginde’s admission fits with what Perrin Larton had to say. Larton is a procurement manager with Advanced Bioscience Resources, Inc. (ABR), a firm that harvests tissue from aborted children. The company has a long history with Planned Parenthood, and its procurement technicians often wait outside the operating room while an abortion is being performed. According to Larton, they don’t always have to wait long:

Ginde and Larton didn’t say what happens when a child is delivered alive. Holly O’Donnell did, though. O’Donnell worked as a tissue procurement technician for StemExpress, another company that had a close relationship with Planned Parenthood. In the video below, O’Donnell recounts going to Planned Parenthood Mar Monte in San Jose, California, and being told to harvest brain matter from an aborted fetus whose heart was still beating.

It’s far from unheard of for children to survive abortions. Two survivors, Gianna Jessen and Melissa Ohden, testified on Capitol Hill in September. The Canadian government has acknowledged that between 2000 and 2009, 491 newborns were delivered alive as a result of failed abortions. In Britain, the same thing happened to 66 infants in 2005. Unlike Jessen and Ohden, none of them were provided with medical care.

Killing these survivors isn’t unheard of either. Kermit Gosnell was convicted of murdering newborns in his squalid Philadelphia clinic. And when Live Action visited late-term abortion clinics with hidden cameras, they found staff who promised to do the same. A staffer in New York City said the child would be put in a “jar of solution.” Meanwhile, Washington, D.C.’s Dr. Cesare Santangelo explained that he doesn’t render legally required assistance to surviving newborns, admitting that “it’s happened before.”

Planned Parenthood seems to be okay with that approach. In 2013, Planned Parenthood lobbyist Alisa LaPolt Snow appeared before the Florida state legislature to discuss a bill to protect abortion survivors. When Snow was asked what should happen when a child survives an abortion, she said the “decision should be between the patient and the healthcare provider.”

In light of all this, you would think the Hickenlooper administration would be looking into possible infanticide at Planned Parenthood of the Rocky Mountains. Well, that hasn’t happened. Thus far, the Colorado governor has made no moves to investigate the abortion giant. Perhaps that isn’t surprising: revelations that Planned Parenthood helped cover up abuse by performing an abortion on a 13 year-old rape victim in Colorado (and paid out a large, secret settlement) prompted no action either.

People can debate the merits of capital punishment, but when a killer’s life gets more consideration than a newborn’s, something is clearly off. You can help address that by telling Congress to hold Planned Parenthood accountable and redirect its half billion dollar subsidy to community health centers – places where people in need can find care.

Meanwhile, if Gov. Hickenlooper is uncomfortable with “taking life,” then Coloradans should really ask him a question: Does he have problem with Planned Parenthood doing it?

Contact information for Gov. Hickenlooper can be found here.