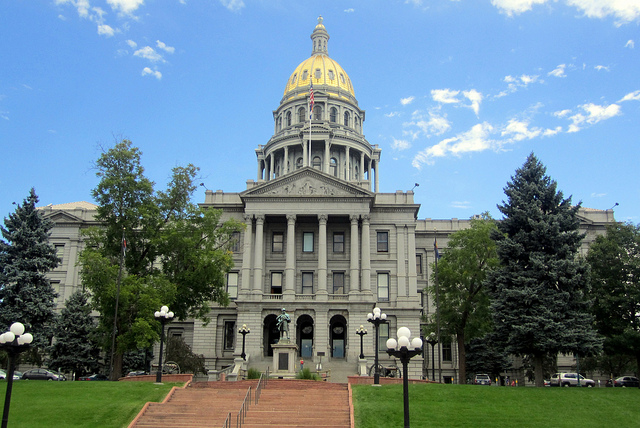 The Colorado Senate Judiciary Committee approved an extreme abortion bill just after midnight on Friday despite the majority of witnesses present testifying against the bill. The vote comes less than a week after the Colorado House of Representatives passed the bill. The Reproductive Health Equity Act, House Bill 1279, will now go to the full Senate which is expected to review it this week.

The Act claims that every pregnant woman has a “fundamental right” to have an abortion and that a human being in the womb “does not have independent or derivative rights under the laws of the state.” Because the bill states that denying anyone an abortion will be legally prohibited, health care workers may be forced to participate in or commit abortions against their will and conscientious objections.

The bill would also allow for abortion on demand through all 40 weeks of pregnancy, remove the parental notification of abortion requirement, and prohibit any abortion regulations from being enacted in the state even in the event that the Supreme Court overturns Roe v. Wade this June when it releases its decision in the case of Dobbs v. Jackson Women’s Health Organization.

READ: Abortion pill skyrockets to nearly 70% of all abortions in Colorado

In addition, because of the language in the bill surrounding “pregnancy’s outcomes,” children who survive an abortion attempt could legally be left to die — which would essentially legalize infanticide.

“Under the rules proposed by this bill, if a child is delivered alive during an abortion the doctors are under no legal compulsion to provide standard medical care as they would in any other circumstance and attempt to preserve the child’s life,” said Live Action’s Director of Government Affairs, Noah Brandt. “Medical providers would listen to the mother’s instructions. which could include not providing life-sustaining medical care to the child, which would lead to the child’s death, which most reasonable people would consider infanticide.”

The Senate committee approved the bill on a party-line vote of 3-2 following more than 200 witness testimonies. According to Colorado Politics, the ratio of those opposed to the bill to those in favor of the bill was 3-to-1. In all, over the last two weeks, more than 350 Coloradans have testified against the bill, according to Brittany Vessely, executive director of the Colorado Catholic Conference.

“It is disturbing to me that upon abolishing the death penalty we are now seeking to pass this most extreme and unrestricted abortion law in our state,” said Bishop Stephen J. Berg, who submitted testimony against the bill. “Under this bill it is now being proposed that the fully formed child in the womb has ‘no independent or derivative rights’ in the state of Colorado. Preborn children will live under that same death sentence which we voted to abolish in 2020 under this unrestricted (bill).”