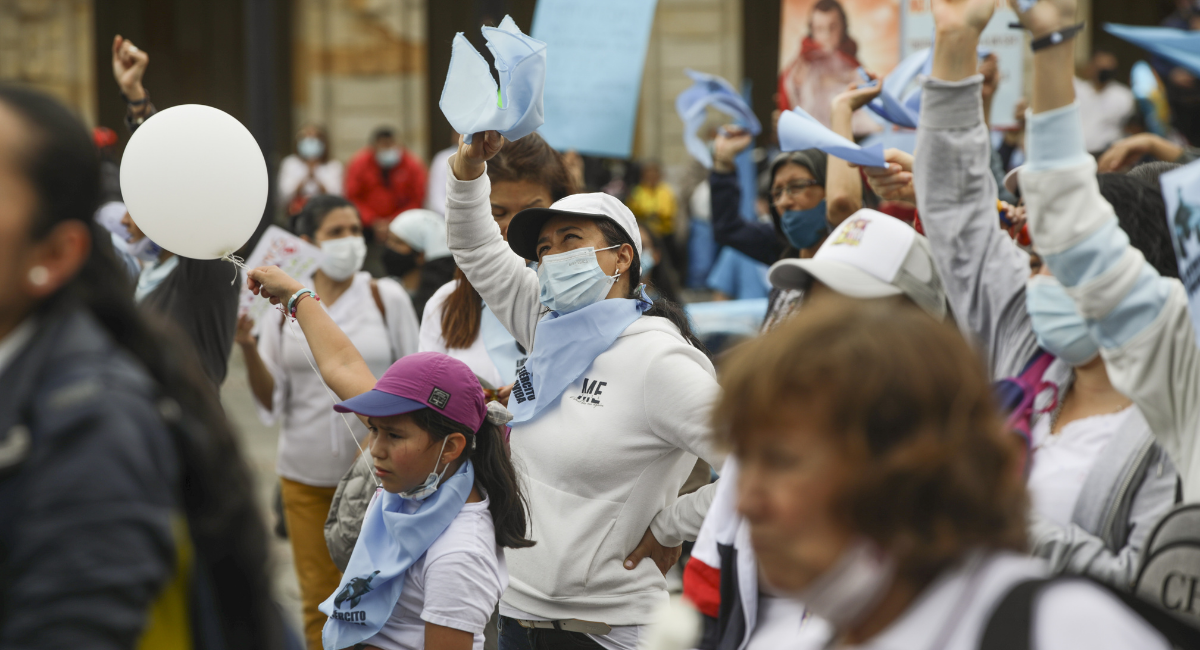 Colombia was filled with approximately 500,000 people on February 27, 2022, who marched across the country in response to a recent court ruling which decriminalized abortion up to 24 weeks of pregnancy.

Those participating in the march view Colombia as a country that values all life, from birth to natural death. The march was a display of the outrage and disappointment brought on by the Constitutional Court of Colombia’s vote in February, effectively allowing abortion, with no restrictions, up to six months of pregnancy. Pro-life groups and individuals from many different religions participated.

Deisy Alvarez, Executive Director of Red Provida Latin American Pro-Life Network, explained, “The terrible decision that the Constitutional Court has made… is barbaric. Abortion is horrible at any week of pregnancy but allowing abortions in such advanced stages is going to affect women psychologically.” She continued, saying abortions “are going to skyrocket because they are practically being allowed under all circumstances.”

Until the recent court ruling, Colombia only allowed abortions in cases of rape, fetal malformation, or when the pregnancy endangers the mother’s life. Because of the recent ruling, moving forward, abortion will be legal until six months of pregnancy; after that, abortion will only be permitted if the health of the mother is in jeopardy.

United for Life president Jesús Magaña, said the rally’s ambience was one of “great distress and indignation but at the same time of joy and enthusiasm.” The half million marchers are calling for the removal of the judges who they claim have abused their power. The group said in a statement, “Their immediate resignation is being demanded and that the ruling be annulled because it goes against Article 11 of the Constitution, international accords and treaties, and the Court’s own jurisprudence.”

The organization’s platform also shared a “Manifesto for the Defense of Life” during the march, when more than 70,000 gathered in Bogota’s Plaza de Bolivar.

The manifesto says, “The Colombian people will fight for this disastrous ruling to be annulled. We will use all the legal, political, cultural and social means that the rule of law offers us to precisely restore the right to life, which has been systematically violated by the rulings of the Constitutional Court for decades.”

The march will likely not be the last of the demonstrations, with the manifesto concluding, “We will continue to mobilize until this massacre is stopped.”