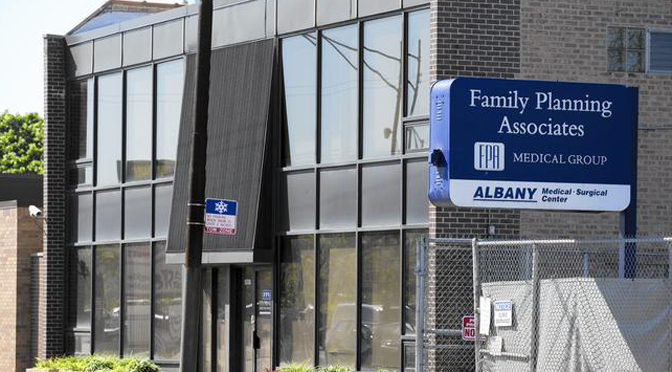 After 27 years of performing abortions, Albany Medical-Surgical Center, run by the Family Planning Associates, has closed following a safety inspection from the Illinois Department of Public Health. The facility is notorious for safety violations, and the Pro-Life Action League has been working overtime in the last couple of years to hold the facility accountable in the hopes of shutting them down. Albany Medical-Surgical Center is responsible for the deaths of at least four women from botched abortions, and over the last few years the facility has received over $50,000 in fines.

There is no detailed information yet as to the reasoning for the closing, but Eric Scheidler, executive director of The Pro-Life Action League, is happy to know that no children are being killed in the building anymore.

“This is a victory for all who value human life,” Scheidler said in a statement. “This abortion provider operated for years without any safety inspections, and multiple women have died following abortions performed there. Now that its doors have closed, this neighborhood is safer for women and their unborn children.”

As previously reported by Live Action News, in August 2013, the Illinois Department of Public Health inspected the abortion clinic for the first time since 1995. They uncovered numerous violations regarding safety for both patients and employees including failing to maintain a sanitary environment. 16 months later, the center had still failed to provide IDPH with an acceptable and requested plan of correction.

It was then, in December of 2014, that three women were taken by ambulance to the hospital from the abortion clinic within two days. The Pro-Life Action League filed a complaint to IDPH, which inspected the clinic on January 5, 2015.

During that inspection, it was revealed that in 2014, Albany Medical-Surgical Center had been averaging one ambulance transfer per month. In addition, the inspection revealed that during one of those ambulance transfers, abortionist Allison Cowett left the facility to accompany an injured patient to the hospital, leaving three other women who had just had an abortion without a physician. The facility was fined $10,000 and cited for violation of Presence of a Qualified Physician.

Shortly after, the clinic lost its ambulatory surgical treatment center license and was fined $40,000. They appealed, submitted an acceptable plan of correction for their violations, and the clinic was able to keep its license.

But now, just nine months later, the facility may have closed its doors for good.