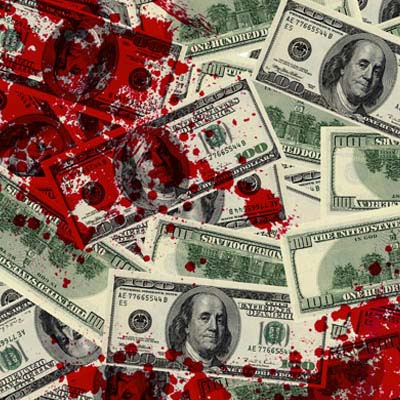 Nurse Marlene Costa worked in New York abortion clinic for short time before leaving in 1989. She was willing to share some things that she remembers.

Recently, NARAL Pro-Choice launched a campaign against crisis pregnancy centers, allegedly convincing Google and Yahoo to remove their ads. They claimed that crisis pregnancy centers lie to women  and give biased counseling. I have written before about how abortion clinics are often the ones who give biased counseling and sometimes outright lie to women.

The women did receive counseling, if you could call it that..I was one of the so-called counselors. There was absolutely no factual information given on fetal development, not a word spoken about the risks, & the counseling was completely biased..They were told that the fetus was a ‘blob of tissue,’ not to feel guilty about it, not to beat themselves up about it and [were] comforted if they had apprehension about it.

Costa was pressured by the abortion clinic administration to convince women to have abortions:

There was definite pressure to sell abortions…I was told ‘get the cash & get them out.’ in fact, my coworkers made fun of me for staying ‘too long’ with the patients, giving comfort..They prided themselves on how much money they raked in each Saturday morning.

Costa never witnessed abortion procedures or saw the remains of aborted babies. She worked strictly with the women. However, despite the fact that she was insulated from the worst aspects of the clinic’s work, she quickly became disillusioned with the clinic’s focus on making money at the expense of vulnerable women:

I still believed in the right to abort at that time..I just began to get sick at the heartlessness & callous atmosphere. It was all about the money.

The abortionist who worked at the clinic also provided other gynecological services to women. Costa was present for some of the doctors’ interactions with patients and witnessed something disturbing:

I assisted him during exams of women and was repulsed b/c I actually witnessed him ‘coming on’ to the attractive patients while examining them..it was disgusting.

Like many clinic workers, Costa had an abortion before working at the clinic. At the time of her abortion, she was an alcoholic and drug addict who did not realize she was pregnant until the second trimester. Her guilt and grief over the abortion led to many years of suffering culminating in a suicide attempt that left her in a coma from which she was not expected to recover. As she says, however, “God had other plans.”

Costa became a Christian in 1996, and she says that her faith has helped her cope with her past including the “indescribable grief” she has over abortion. She still regrets not being able to have children, and thinks her abortion may have left her sterile.

There were protesters outside the clinic when Costa had her abortion. However, they did not reach out to her with compassion. Rather, in her own words, one woman “slammed me with a Bible while I tried to enter the clinic.”  This behavior from pro-life protesters did not cause her to reconsider her decision. She says:

I think non-biased education, with videos, pictures, etc. on human development, in addition to ultrasounds would be the most effective in preventing abortions.