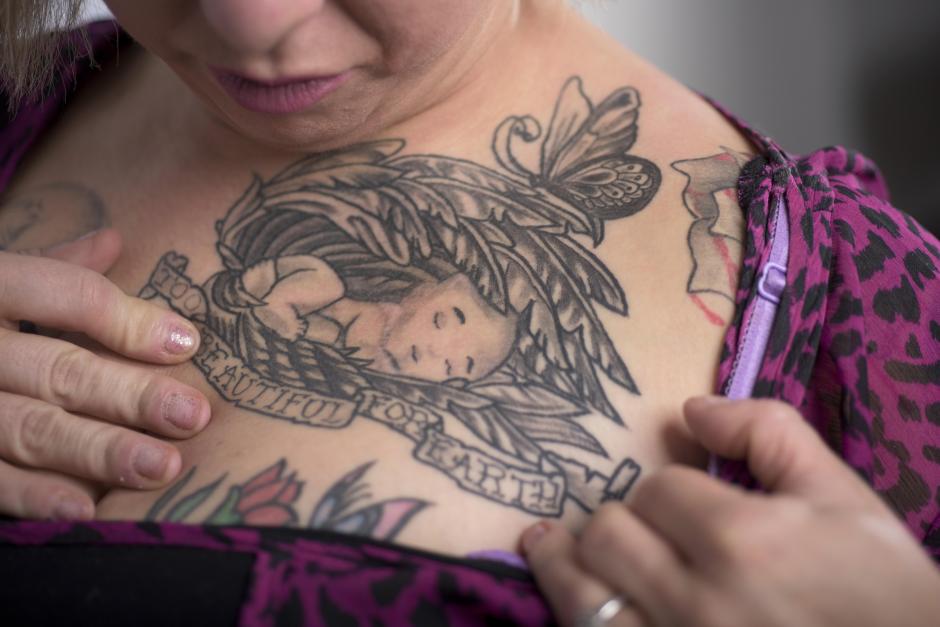 When 21-year-old Michelle Knight was abducted by Ariel Castro in 2002, she was already a mother searching to bring her 2-year-old son back from foster care. “I love life,” Knight wrote in a journal during her captivity. “My son is the most precious to me. I will give up anything to be with my son at home where I belong.”

Trapped within Castro’s hidden sadistic residence for the next 11 years – the greatest length of time experienced by Castro’s victims – Knight endured psychological and physical torture, often in chains. She became pregnant by Castro’s raping five times, and lost each baby to assault-induced abortion.

Knight, who has since changed her name to Lillian Rose Lee and authored a memoir on her process of healing, has tattooed on her left arm five blood-dripped roses in memory of the painful loss of her children.

Tattooed across her chest is a picture of a baby with the words “TOO BEAUTIFUL FOR EARTH,” which is reminiscent of how martyrs are described in Hebrews 11:38. Knight embraces her unborn children instead of viewing them as discardable byproducts of an evil situation.

It is a strong woman who can withstand so much abuse and even in the depths of it profess love for life.