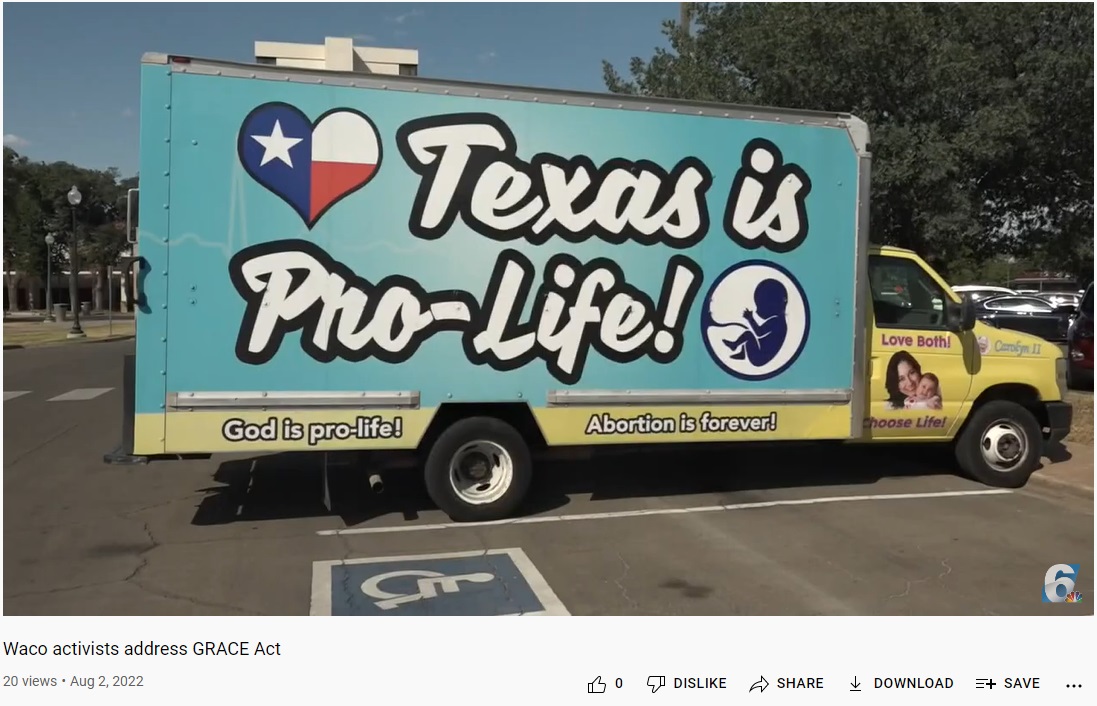 Things got heated when pro-lifers in two Texas cities recently opposed an abortion resolution seeking to require police to “deprioritize” criminal abortion investigations. The resolution, sometimes referred to as the ‘Guarding the Right to Abortion Care for Everyone’ Act or ‘GRACE Act,’ has been proposed and even passed by city councils in multiple states in response to the overturning of Roe v. Wade in the Dobbs v. Jackson Women’s Health Organization Supreme Court case.

On July 5, pro-life groups Abortion on Trial and Southwest Coalition for Life were able to mobilize enough opposition to result in the defeat of the GRACE Act resolution in El Paso. Mike Seibel, Senior Counsel of Abortion on Trial, spoke to Live Action News about the victory, praising Mark Cavaliere of Southwest Coalition for Life who “did a great job in mobilizing over 600 letters and 60 people who testified” against the pro-abortion measure.

“Over 100 people registered to speak on this item, which the mayor noted was the biggest attendance in recent memory, requiring the use of overflow areas of city hall,” the group’s email read. “The ruling provoked angry, loud, and vulgar outbursts from pro-abortion activists in the room — who had been literally poised and ready for their victory cheer, confidently expecting a ruling in their favor — prompting police to usher them outside. Once outside, they began an aggressive protest, leading to police escorting pro-life attendees past the protest to their vehicles,” the email added.

Seibel told Live Action News that they found out about the proposal three days prior to the hearing and quickly took action. “What we did is sent a letter to the Council and Mayor putting them on notice of possible legal action under 42USF1983, ‘deprivation of civil rights’ under the law for possible failure to investigate abortion crimes,” Seibel said.

Seibel’s testimony before the Council focused on trafficking, illegal abortionists, and abortion pill crimes and their harm to women. Abortion on Trial regularly meets with women harmed by abortion. Seibel said it took five hours for the Council to hear all the comments.

Pro-lifers in Waco confident of victory

John Pisciotta, who leads Pro-life Waco, told Live Action News that Waco’s resolution was initially proposed in mid-July by Congresswoman Kelly Palmer. Pro-lifers then took decisive action to voice their disapproval with a letter writing campaign. They worked with multiple groups and church leaders to “vigorously oppose the ‘deprioritizing’ enforcement of the Texas abortion ban within Waco city limits,” he said.

On August 2, the City Council heard comments on the resolution. A media report noted, “Waco officials counted around 280 in the pro-life room and around 60 in the pro-choice room, and there were 155 people in the Waco council chambers.” But in a written statement, Pisciotta said because of the large pro-life response, multiple rooms were opened to hold the parties present at the meeting, which Pisciotta estimated to be “500 total” with “about 100 in the pro-abortion room and close to 400 in the pro-life room.”

A video Pisciotta posted showed an altercation that erupted when a pro-abortion supporter rushed to the front of the overflow room which held pro-lifers. The protester called those present “Alt Right Christian F-ing Conservatives.” Police were quickly called into the room to remove the disrupter. Texas House Rep. Charles ‘Doc’ Anderson, R-56, was among those opposing the measure. He told the City Council, “We passed that law through the legislative process. In my opinion that’s not American, it’s not Texan really, to encourage people to circumvent the law.”

While there was no vote on the resolution, Pisciotta feels confident that the strong pro-life response will keep the pro-abortion measure from getting on the Council’s agenda for a full vote. “I would say the sacrilegious ‘GRACE Act’ had its coffin nailed shut in my Central Texas city,” Pisciotta said in a post to the Hometown Pro-life Facebook page. “Any city council member who wants to push the GRACE Act is risking their seat on the City Council for reelection,” Pisciotta told Live Action News.

A similar ordinance, approved by the Dallas Quality of Life, Arts, and Culture Committee on August 3, directs law enforcement to make investigating or prosecuting any allegation related to abortion outcomes their lowest priority. It is expected to come before the Dallas City Council on August 10.