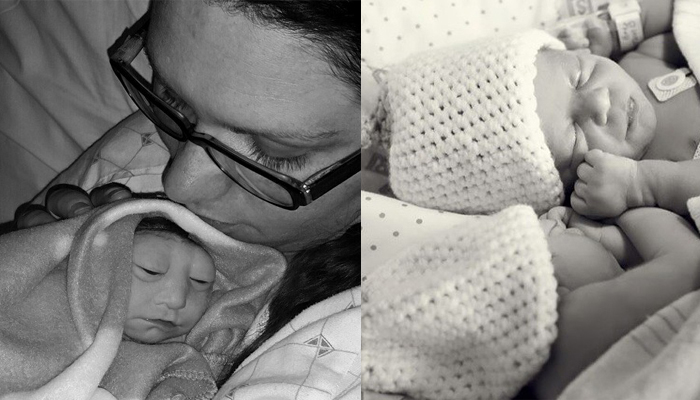 On April 25, 2015, Christina Byrum gave birth to identical twin boys Christopher and Eli. Christopher had acrania, a condition in which the skull doesn’t properly form. Most babies born with this condition die within hours of birth. Acrania is different from anencephaly in that the brain does form, but exposure to amniotic fluid causes it to deteriorate.

Now the Byrums are sharing a video of that day given to them as a gift from their photographer. In the video, viewers can see the love that the family had for both boys as siblings and extended family members went to the hospital to meet them and to say goodbye to Christopher.

The diagnosis came at 12 weeks gestation, and Byrum and her husband Shawn chose life for both of the babies despite the risk that Christopher would die in the womb, possibly causing harm to Eli. The pregnancy continued without complication, but the Byrums endured much criticism from medical staff who not only questioned why they didn’t abort an unhealthy child to save a healthy one, but why they were having more children when they already had seven. Still, the couple moved forward, and four months ago the boys were born at 34 weeks gestation. Christopher and Eli shortly after birth.

The Bynums’ video shows that Christopher’s life did have meaning and value. It shows that by allowing Christopher to live out the course of his life, he was able to be loved outside the womb and to spend time with his twin brother and the rest of his family. Everyone in the video was touched in some way by Christopher’s life, and those who watch the video will be as well.

Christopher lived outside the womb for 90 minutes. Although he was born too small for his parents to donate his organs, The Living Legacy Foundation was able to use his body to educate their staff on the procurement and transplant of infant organs.

Christina Byrum called the video “the most cherished gift I have ever received.”