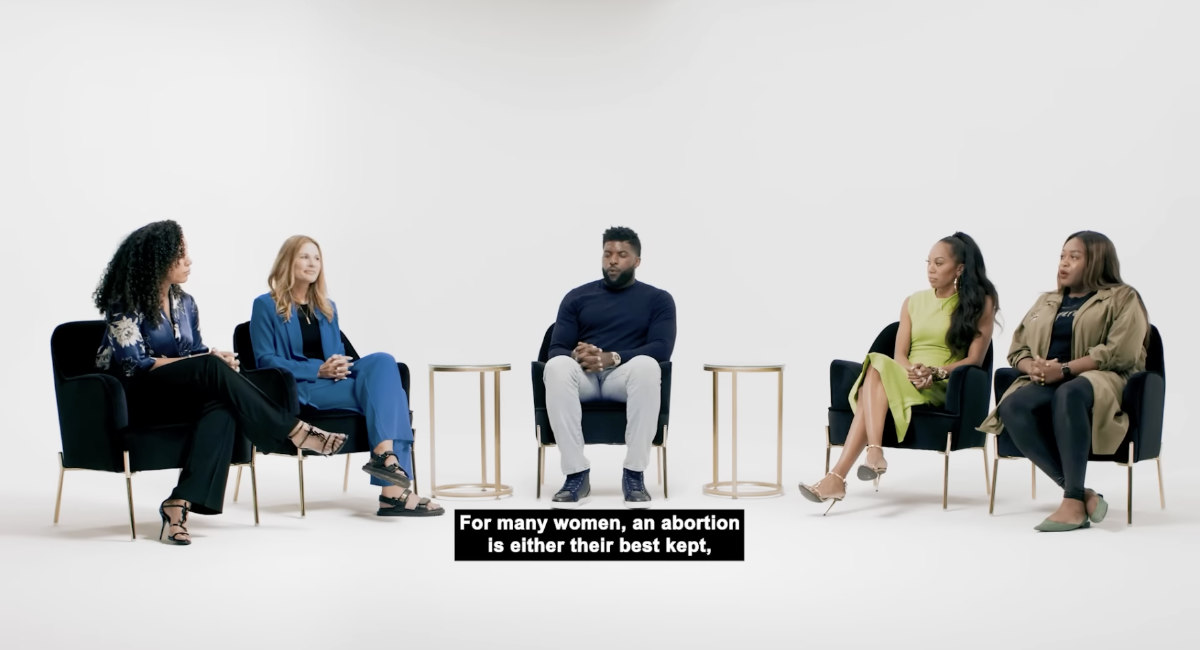 Christian influencer Emmanuel Acho shared a video to Twitter this weekend titled, “Roe v. Wade — The Uncomfortable Conversation.” There was a serious problem, however, with this “uncomfortable conversation” in that it only included pro-abortion positions, making everyone in the room likely very comfortable sharing their stories.

When Live Action commented on the video’s live feed, Acho quickly blocked the pro-life organization’s remarks. The video was reportedly produced with help from Pastor Judah Smith’s church, churchome.org. Several individuals serve on that church’s board of directors, including Rev. TD Jakes (one of many popular pastors who has remained silent about Roe‘s reversal) and NFL Quarterback Russell Wilson.

“So in this uncomfortable conversation, my intention is to ease the tension,” said Acho. “And while we may not be swayed, hopefully through listening, you’ll feel heard. And while we may disagree, we can collectively live in harmony.”

Despite this, it’s clear from the start that Acho’s intention is to ‘sway’ Christians to the pro-abortion side. He speaks with four women: Pastor Chelsea Smith, TV host MJ Acosta-Ruiz, Olympic gold-medalist Sanya Richards-Ross, and Dr. Yeni Abraham. Three of the women had abortions and believe they have justification for this.

Acosta-Ruiz said she had an abortion because she felt too young and worried that she and her child would live in poverty. She also admitted she felt pressured by her partner to have the abortion and by the guilt she put on herself of possibly disappointing her parents. Without Roe in place, according to Acosta-Ruiz, “there is no option for women” who want an abortion and “it shatters the deepest part of my soul for them.”

Richards-Ross was headed to Beijing for the Olympics when she had her abortion out of fear of not becoming an Olympic champion. She called it an “impossible situation” and said she “tries to be Christ-like,” however, many other Olympic medalists have been pregnant when they medaled. Richards-Ross, meanwhile, said she felt such shame that she lost the gold.

Acho called the church “insensitive” on abortion and he asked Pastor Chelsea Smith what she thinks the church should do. She fell back on the story of a woman caught in the act of adultery. “And in this moment Jesus didn’t say anything […] And he just got down and wrote in the dirt, and he said this incredible statement, ‘Let him who is without sin throw the first stone.'”

But there is a difference between helping someone to sin and forgiving their sin. Smith left out Jesus’ words to the woman: “Go and sin no more.”

When Live Action attempted to point out the one-sidedness of the conversation and the errors in justifications made for abortion, Acho quickly blocked the pro-life organization. Screenshots show responses to Live Action’s comments but the comments themselves were removed. 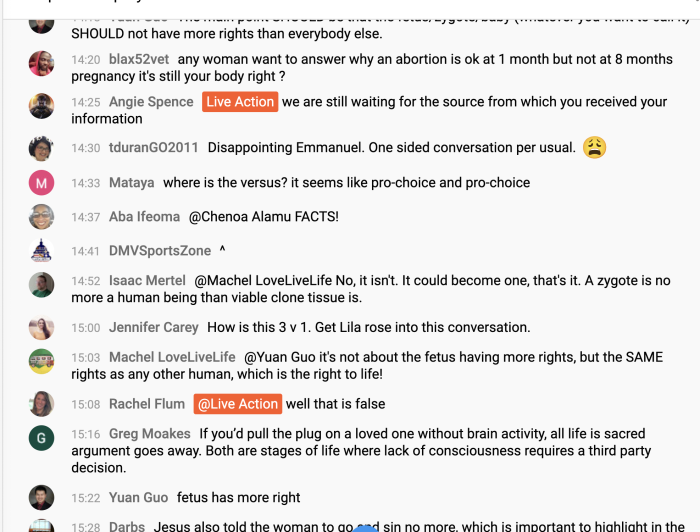 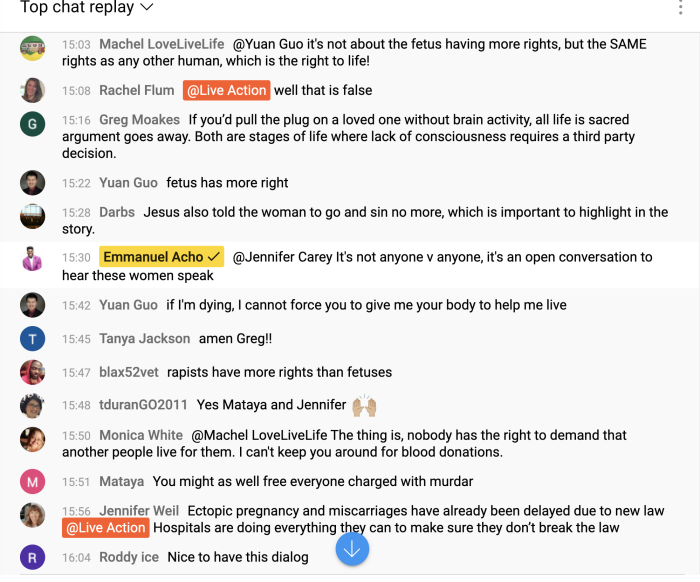 Live Action responded on Twitter, saying, “Christian influencer @EmmanuelAcho just had a convo about abortion & didn’t have pro-life women represented He selected one woman that claimed her ectopic pregnancy treatment was an abortion (false) When we engaged in the comments his team blocked our team + @LilaGraceRose“

Not a single time did the panel celebrate the overturn of Roe v. Wade@EmmanuelAcho claimed the panel had production assistance from @judahsmith's church @churchome

Live Action President and Founder Lila Rose took to her own Twitter account to point out the flaws in the “Christian” pro-abortion point of view.

“There is nothing God hates more than the shedding of innocent blood,” she wrote to Acho. “A child in the womb is completely helpless, they have no voice or way to advocate for themselves. But instead of speaking for them, you’ve used your platform as a Christian leader to justify their deaths.”

There is nothing God hates more than the shedding of innocent blood. A child in the womb is completely helpless, they have no voice or way to advocate for themselves. But instead of speaking for them, you’ve used your platform as a Christian leader to justify their deaths.

Two of the women on Acho’s panel had abortions they felt pressured into, while another’s procedure was not technically an abortion. Making women believe abortion is their only choice is not Christian. Acho and his panel are missing the entire point. Women who have had abortions and repent will be forgiven, but that doesn’t mean the act of abortion is justifiable.

Jesus said, “Go and sin no more,” but Acho appears to have chosen instead to go and lead people into sin while silencing other Christians as he goes.