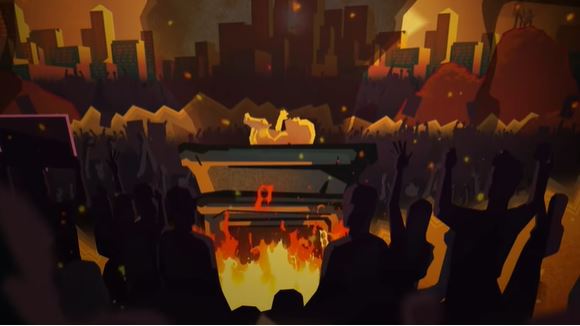 Canadian pro-life organization Choice42 has put out a powerful and persuasive new video showing child sacrifice isn’t simply an ancient phenomenon, but a continuing practice. Punctuated with haunting graphics, the two-and-a-half minute video chillingly compares abortion to the child sacrifice common among ancient civilizations like the Aztecs and the Incas.

“Child sacrifice. Barbaric. Evil. Ancient. Modern. There’s nothing new under the sun,” explains the narrator, Choice42 founder Laura Klassen, as the video starts playing. “Throughout history, children have been sacrificed to a variety of deities in attempts to gain favor or blessings. Aztecs cut their children’s hearts out to appease the gods of rain and war. Incas sacrificed their children to the sun god so their crops would flourish.”

As the video proceeds, the viewer is brought to modern times. “We sacrifice our children today, not for rain or war victories, but for freedom or convenience. We sacrifice to gain favor in the workplace, or for the blessings of money or fame. We sacrifice our babies on the altar of free sex. Child sacrifice is no longer a public event. It’s done behind closed doors. Rather than a gory burning or a bloody stabbing, it’s become a neat, sterile, and clinical event.”

“We don’t throw our children into the fire or leave them to freeze to death. We starve our babies. We poison them. We rip off their arms and legs and crush their skulls. We call it choice. We call it empowerment, and our culture condones it. We celebrate it. We celebrate baby murder. We consider it vital to our existence. It’s become a right.”

As the video ends, the viewer sees a modern-day city covered in blood. “But nothing is different. There’s nothing new under the sun,” says Klassen. “Innocent human beings are still being sacrificed for the selfish gains of those more powerful. Modern child sacrifice is thriving. We must end it. End abortion.”

Choice42’s mission statement is to “create awareness about the humanity of pre-born children, and to provide support to women who are facing unplanned pregnancy or dealing with post-abortion problems.” In order to achieve this goal, the organization regularly supports mothers experiencing unplanned pregnancies. The group is also well-known for its other videos featuring Klassen in her signature pink wig using satire to debunk the most common pro-abortion arguments.