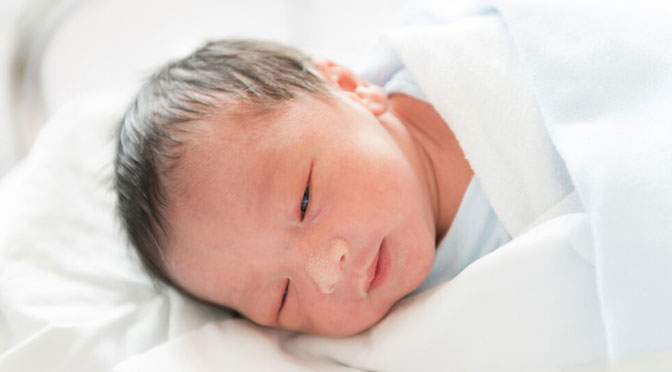 Social scientists have found that abortion, and specifically sex-selective abortion, over a period of four decades, has caused devastating socio-economic outcomes on a global scale. China’s mandatory fertility reduction program, including forced abortion, sterilization, and birth control, created with its culture the phenomenon of gendercide, otherwise known as sex-selective abortion.

China’s gendercide policies eliminated an entire generation of its population – of only one gender. Roughly 40 million Chinese girls no longer exist.

To date, there are nearly 40 million more men than women in China (a population difference the size of California).

China’s unprecedented gender imbalance—a direct result of gendercide and China’s One Child Policy and abortion policy—caused a gap in its workforce and also increased disproportionate rates of unemployment and crime committed by men.

A missing generation of women results in no wives, no children, and no ability to create a family or sustain or even maintain China’s population. As a result, social scientists attribute China’s gender imbalance as the primary factor responsible for unprecedented levels of increased crime, bride abduction, trafficking of women and children, rape, and prostitution occurring not just in China but also throughout Asia.

Women who do live, choose to kill themselves at a higher rate than anywhere else in the world. China has the highest rate of suicide among women worldwide, yet it only accounts for one fifth of the world’s population. The World Health Organization notes that China is the only country where suicide is higher among women than men.

More than seventeen million children exist in orphanages. Known as “out-of-plan” children, they have no legal rights, abandoned by parents who cannot afford to pay the hefty fine or endure imprisonment for breaking China’s One Child Policy. If the orphans survive, they suffer deplorable conditions and the weaker or less healthy girls, who are often neglected, are left in “dying rooms.”

How did the Chinese eliminate an entire generation of one gender?

Gendercide began in China in 1964, and U.S. policy is not far behind.

In 1964 the Chinese government established its national Family Planning Office to oversee China’s fertility reduction program. Under its new One Child Policy, couples could no longer have more than one child and those who chose to have a child were required to receive government permission. Married couples are required to apply for a birth permit in order to have an authorized pregnancy. After giving birth, women are then required to use IUDs or be sterilized.

All pregnancies without a birth permit are referred to as “out-of-plan” and are illegal.

To date, nearly two-thirds of all Chinese couples (approximately 900 million people, or the equivalent to three times the size of the U.S. population) are under the jurisdiction of the One Child Policy, enforced by 300,000 officials.

Since 1971, the Chinese government has enforced approximately 336 million abortions, 196 million sterilizations, and 403 million IUD implants. Roughly 30-60 percent of Chinese women are forced to have an abortion each year.

Many human rights organizations, governments, and NGOs rightly condemn China’s One Child Policy. Yet American government officials do support sex-selective abortion despite their claims that such practices don’t exist in America and aren’t an issue.

Live Action also revealed through undercover video recordings Planned Parenthood employees consulting women as to how they could have a sex-selective abortion within the legal timeframe in Arizona, Hawaii, New York, North Carolina, and Texas.

Recognizing the socio-economic effects of abortion, Congressman Trent Franks (R-Az.) sponsored the Prenatal Nondiscrimination Act (PRENDA) to make sex-selective abortion a criminal act. The measure failed in the House and was sent to and remains in committee.

Organizations like NARAL claim that PRENDA would “limit access to abortions” and that PRENDA is a “race and sex-based attack on choice.” In other words, NARAL supports abortion based on race and sex. Barack Obama, who supports infanticide, also opposes PRENDA because he reasons, “the government should not intrude in medical decisions or private family matters in this way.”

But sex-selective abortions, as Chinese statistics indicate, are not “private family matters.” They are determined, in part, by political decisions that affect populations worldwide. Social scientists have only begun to uncover what seem to be far-reaching and devastating socio-economic consequences directly linked to and resulting from China’s official One Child, fertility reduction, and abortion policies.

Any other society that would replicate China’s policy should anticipate experiencing similarly disastrous consequences.