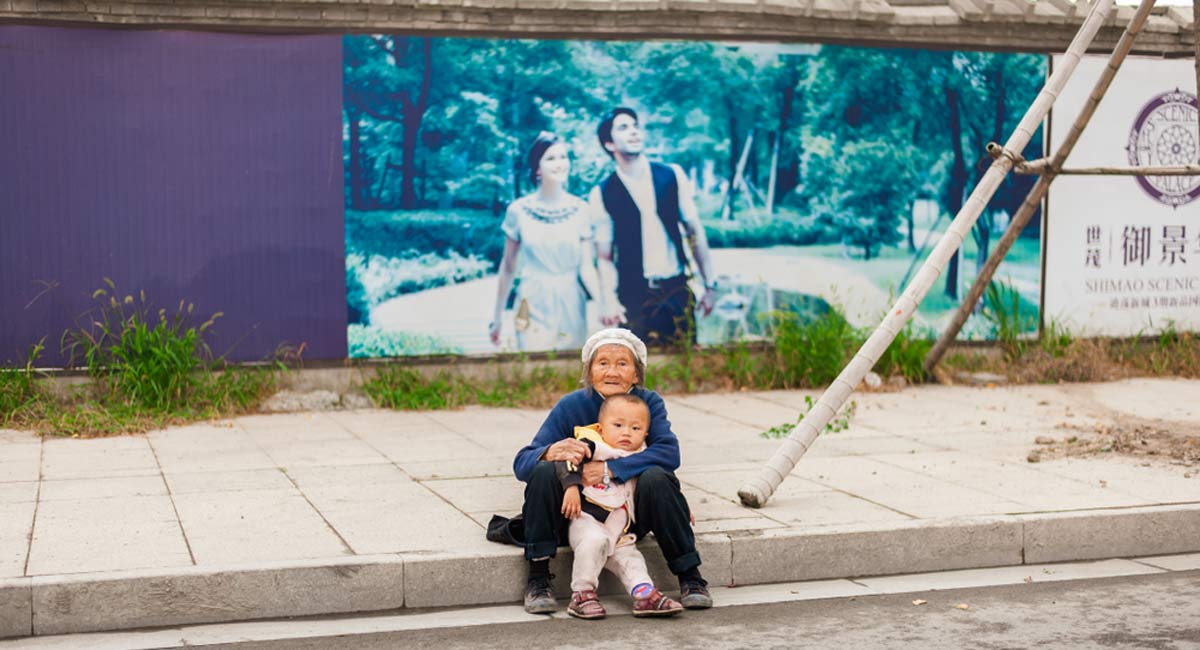 Today is the 38th anniversary of the institution of China’s brutal One-Child Policy. WRWF is launching a major initiative to help the invisible victims of this Policy: destitute and abandoned widows.

Mrs. Wu is fifty years old. Her husband ended his life by jumping into the dam seven years ago, because he was diagnosed with terminal liver cancer, and they could not afford treatments at the hospital. Mrs. Wu’s heart broke. She wanted to join her husband in death because she could not live without him.  Traditionally, the husband is responsible for more labor than the wife in the small villages, the main support.

Mrs. Wu felt her life was over and she was completely helpless. But her two son’s crying woke her up.  She knew she had to be strong for those two little boys. They had lost father already, they could not lose mother as well. At that time, her older one was nine years old and the younger one was only three. She could not remarry because no man would want to marry a widow who has two sons.  [The sons would carry on their biological father’s name, and under the One Child Policy, she could not have any more children.  Any man who would marry her would become a “bare branch” – the end of his family line.]

She overworked all the time – carrying on her responsibilities as a single mother of two young boys, and at the same time, trying to do her husband’s farming job and provide for the family.  Still, she could hardly make ends meet.

She developed high blood pressure, suffered a stroke and become disabled during the spring of 2014.  She is now confined to a wheelchair.

Mrs. Wu cannot believe that kind people from overseas are willing to help her and give money to her without asking her do anything. What kind of God do these people believe in? She wants to know this God, too.

My heart broke when I learned of the incredibly hard lives of the elderly widows in China’s remote villages. They have nothing, and no one gives them anything. Their husbands often died leaving a mountain of medical bills behind. For some of them, their husbands committed suicide when they learned they had a terminal illness, as they knew that they had no money for treatment. Some of these widows are themselves disabled and confined to a wheelchair. Some of them have contemplated suicide.

So I decided to launch our Save a Widow Campaign. We are already saving dozens of widows from grinding poverty and from the feeling that they have been abandoned by everyone in the world. We come directly to their door to offer them encouragement and support to help make ends meet.

The children of these widows are not helping them. Sometimes these children are disabled and in need of help themselves. Most of the widows subsist on a meager diet of rice and vegetables, no meat.

One poor widow lives in guilt because her husband, who was disabled, slept on a pile of straw, which caught fire and he burned to death. She feels that if she had been at home, her husband would not have died, and she cannot forgive herself.  Another widow was so impoverished that some days, she would eat only salt. She was contemplating suicide and kept a rope in her room. When our fieldworker found her and offered her hope, she said we are like a divine being, “saving people who are living helpless and hard lives.” Now, with our help, she always has vegetables and often has meat.

How do we offer them hope? Our fieldworker will come to their door and tell them that we want to help them because as human beings, they have great dignity and infinite value. This is the opposite of what they have come to believe, having been cast off by their families and not helped by their government or anyone else. We offer them a monthly stipend, just to help them live.  They inevitably want to know what they need to do in return. Our answer: Nothing! This is a free gift, just because we care about them.

These abandoned women are intensely grateful that someone believes that they are infinitely valuable and that they have dignity, even though their own families have abandoned them.  They cannot believe that someone from the other side of the world would just help them without asking for anything in return.  They have never experienced anything like this in their long, hard lives in the Chinese countryside.

China has the highest female suicide rate in the world. According to a State Department Report, 590 women end their lives every day in China. China also has a skyrocketing rate of senior suicide. The One Child Policy has destroyed the family structure in China. In the past, the Chinese enjoyed large families and it was not a burden for children and grandchildren to support the elderly. Now many elderly are completely abandoned and destitute, especially elderly widows. And the sad solution for many is to end their lives.

Women’s Rights Without Frontiers is committed to helping Chinese women at every stage of their lives. We help baby girls to be born, instead of being selectively aborted or abandoned because they are girls. Likewise, we help their mothers defend themselves against the pressure to abort or abandon their baby girls. And now we are extending help to elderly widows, to ease their suffering and give them dignity and new hope in the twilight season of their lives.

Learn more about the Save a Widow Campaign here.