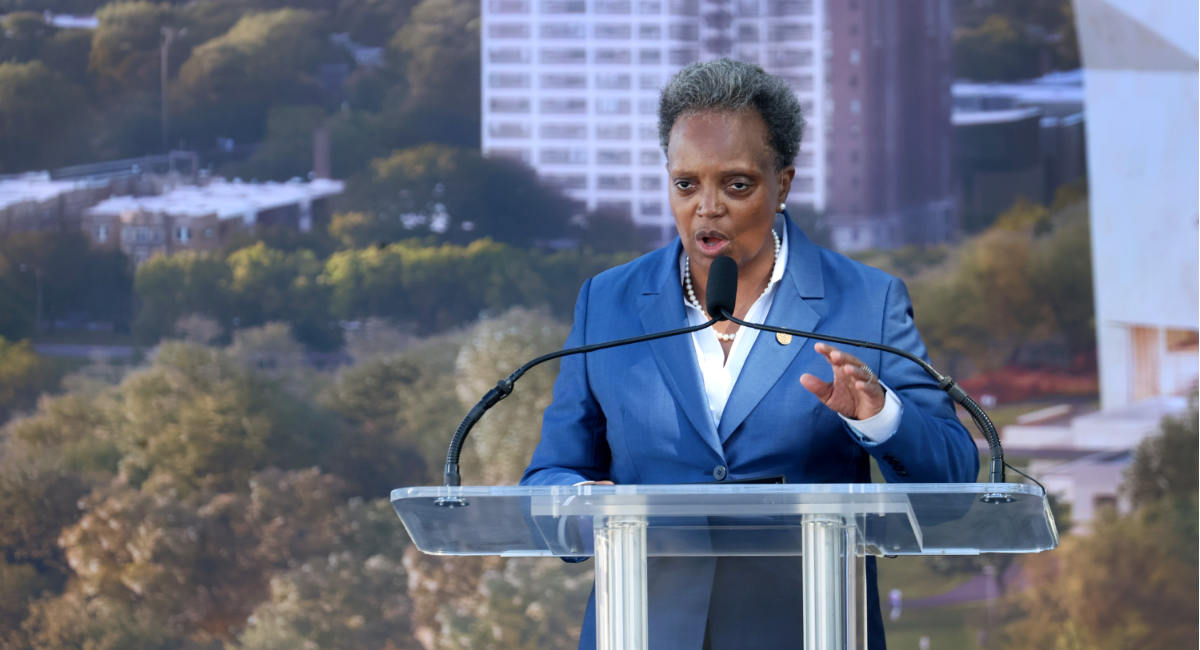 Chicago Mayor Lori Lightfoot signed an Executive Order last week in which she announced that the City will be prevented from aiding another jurisdiction in imposing a civil or criminal liability against an abortionist. The order will also protect anyone who travels to Chicago from another state in order to procure an abortion.

A press release described that the order prevents any City agency from aiding another state or jurisdiction that “seeks to impose civil or criminal liability or professional sanctions against a person or entity for providing legal reproductive healthcare in the State of Illinois and/or aiding any person seeking legal reproductive healthcare in Illinois.”

“Through this Executive Order, I am taking yet another step to help to safeguard all those who come to our city for reproductive healthcare,” Lightfoot said in the release. “I am proud of the continued collaboration between Planned Parenthood, the Chicago Department of Public Health, members of City Council and other City departments, who are working tirelessly to ensure that everyone in Chicago is able to receive the care they need and maintain control over their bodies.”

READ: Seattle declares itself a sanctuary city for abortion

The order is part of a larger initiative Lightfoot announced in May called the “Justice for All Pledge.” Through that initiative, Lightfoot promised that Chicago would be a safe haven for women seeking abortions, noting that she wants to make the city an abortion “oasis.” Part of that pledge included allocating $500,000 from the city’s Department of Health to pay for abortion-related expenses.

Planned Parenthood hailed Lightfoot’s order. “Despite what is happening in states around Illinois, abortion is still safe and legal in our state and in Chicago. Everyone in Illinois, whether they are a resident or not, has a fundamental right to the full range of reproductive health care, including abortion,” said Tonya Tucker of Planned Parenthood of Illinois.

But while Lightfoot is proud to align herself with the abortion giant, Planned Parenthood has a troubling history of injuring women in Illinois — including in Chicago. Live Action News has reported numerous instances in which women have been seriously injured at the city’s Planned Parenthood facilities, suffering injuries like uterine perforation, uncontrolled bleeding, unresponsiveness, and more. In the past six years, there have been 24 known instances of injury requiring a 911 call at just one of the city’s Planned Parenthood facilities. Despite what Lightfoot and Planned Parenthood say, these injuries to women demonstrate that abortion is a risky procedure in which a child dies and a woman’s life may be put in danger.

Peter Breen, vice president and senior counsel for the Chicago-based Thomas More Society, noted that Lightfoot’s order is a waste of time and resources. “Instead of focusing so much on aborting out of state babies, Mayor Lightfoot should focus on fixing the problems of violence being faced by Chicagoans every day,” he said.