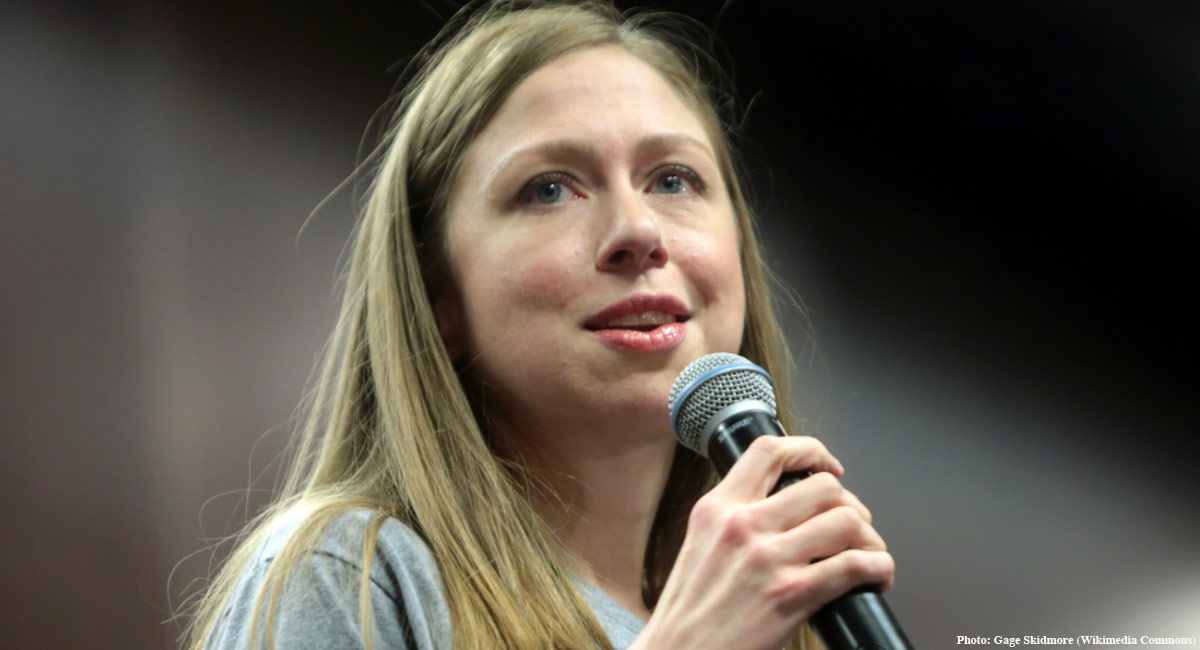 (Life Site News) Former First Daughter Chelsea Clinton is attempting to walk back comments she made about Roe v. Wade growing the female labor force after a public backlash.

The daughter of former President Bill Clinton and failed presidential nominee Hillary Clinton spoke August 11 as part of a Planned Parenthood- and NARAL-backed tour dedicated to stoking fears that President Donald Trump’s second Supreme Court nominee, Judge Brett Kavanaugh, will vote to overturn Roe, which forbids Congress and the states from voting on abortion laws for themselves.

“American women entering the labor force from 1973 to 2009 added three and a half trillion dollars to our economy,” Clinton said, suggesting the statistic was “not disconnected from the fact that Roe became the law of the land in January of 1973.”

Her comments were widely panned among conservative media, with Breitbart, the Washington Examiner, The Federalist, National Review, Live Action, Townhall, the Rev. Franklin Graham, Dr. Michael New, and others challenging both the moral implications and economic logic of her claim. Abortion has killed an estimated 60 million people before they could be born and eventually join the workforce, almost half of whom would have likely been women.

Following the backlash, Clinton took to Twitter to respond to several critics, claiming her remarks had been misrepresented.

Hi Dinesh- not what I said. Foremost, protecting reproductive health rights protects women’s human rights & health. From 1973-1985, American women’s deaths from abortion declined 5-fold. Reproductive rights are also about women’s economic rights and agency. Not the same as below. https://t.co/VJsBflDyMb

Hi KrisiAnn- That’s not what I said as you can see in the video. Reproductive rights have always been economic rights. A recent study (https://t.co/IavJXRyHqo) found denying women-often already mothers-a wanted abortion results in years of less employment & more family poverty. https://t.co/MGQ4Rdf812

Clinton’s replies did not explain how Roe allegedly “connected” to that economic growth if not via legalizing abortion, however. Instead, her replies shifted gears to subjects such as declining maternal deaths from abortion (which were not due to Roe) and female poverty.

READ: Chelsea Clinton: Abortion is ‘at the core of our human rights’

Snopes released a partial defense of Clinton that claimed her remarks “were not always accurately paraphrased by her critics,” but did not demonstrate misrepresentation.

The “fact-check” noted only that Clinton did not claim Roe was the sole factor contributing to the economic growth (something few, if any, critics accused her of saying), and that some women may have decided to enter the workforce because Roeenabled them to keep their jobs if they became pregnant, even if they never found themselves in an unwanted pregnancy (a theory that still ultimately credits abortion, albeit indirectly).

At The Blaze, Carlos Garcia added that Clinton cited an article that found “not being able to access abortion services makes poor women poorer,” yet ignored the author’s caveat that “For committed pro-life readers, science that shows the economic harms to women who are denied access to abortion is heartless, overlooking the obvious loss of life to put a crude monetary value on the natural sacrifices of motherhood.”

Clinton also complained that some critics had compared her remarks to utilitarian arguments defending slavery and the Nazi Holocaust. But she didn’t address the basis of those comparisons: that abortion, slavery, and the Holocaust all entail dehumanizing and/or killing an entire class of living human beings.

On Monday, Clinton said she was a “definite ‘maybe’” on following her parents’ footsteps and running for public office in the future.