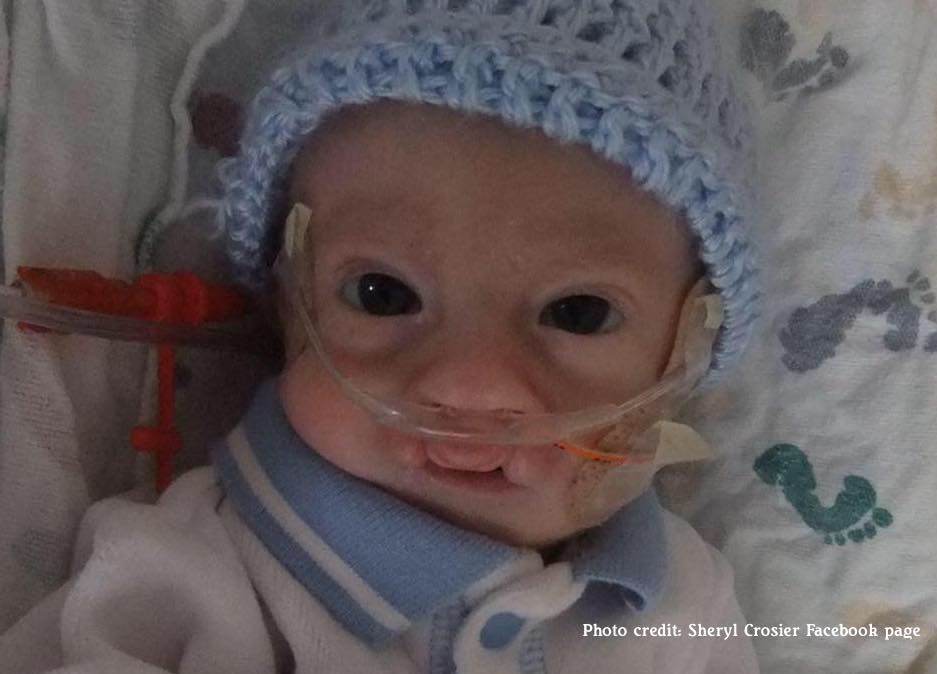 The tragic story of little Charlie Gard has many questioning whether courts should have the power to usurp parental rights. In almost every scenario, parents are in the best position to ultimately choose the most appropriate medical care for their child. Live Action News has been monitoring Charlie Gard’s case:

Ten-month-old Charlie was placed on life support two months ago, after he became dangerously sick due to the extremely rare RRM2B mitochondrial depletion syndrome that, until then, doctors did not know he had.

Despite the fact that a doctor in the United States and other medical professionals are willing to assist with Charlie’s treatment, his parents have been denied the right to remove him from the London hospital. As a result, Charlie’s story has gone viral. He has gained support from a Vatican hospital, Pope Francis, and President Trump, who are now reaching out to offer his parents the help they need to get Charlie the medical protection denied him by courts in the U.K. and Europe.

Even Twitter is exploding with support, despite claims that the social media page has censored a page claimed to be run by Charlie’s family members. The pro-life community in the U.S. has also stepped forward to sound the alarm for Charlie in the hope that he will have the best possible chance at life and that his parents’ rights will be respected.

Last weekend, Live Action President Lila Rose also spoke out during an appearance on CNN International. Rose defended parental rights to seek every possible means of care for a child:

I think that this is a case that’s obviously very difficult, very challenging. And our hearts go out to Charlie Gard and his parents.

I think the key thing here, though, that it is within the parents’ rights to seek treatment for their child, to pursue treatments, especially when they’re the ones who have raised the funds to do this. They have raised almost $2 million U.S. through GoFundMe with thousands of people trying to contribute.

And it’s important to look at what the hospital and the court has said. It’s not so much that they’ve said that this treatment would be painful or bad for Charlie. They just think that it’s not going to help cure his condition or going to actually help him to recover.

That’s a difference and that’s a really important difference here because I think it’s within the parents’ rights to pursue these treatments and to try to achieve as much of a lifespan as they can for their son.

So I think the key thing here again is that the parents’ wishes should be respected and that they should be given more of an ear than they have been given. And their rights, I believe, in this case are being violated. The hospital and the European court are making a decision that’s not theirs to make.

The Reverend Patrick Mahoney, director of the D.C.-based Christian Defense Coalition, and Bobby Schindler, President of Terri Schiavo Life & Hope Network, have received the green light from Charlie’s family to travel to London to offer support. The two held a prayer rally outside the British Embassy Wednesday evening. 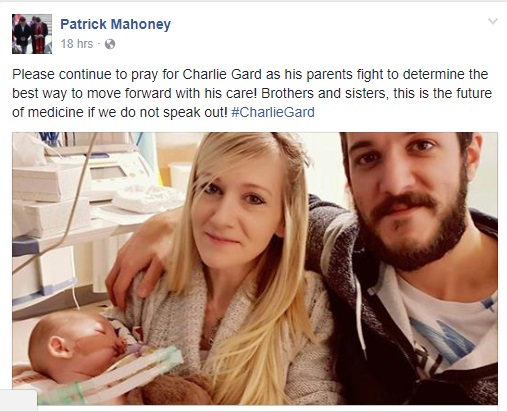 Schindler’s sister is Terri Schiavo, who was deprived of water and food by U.S. courts after what the family described as an “unexplained collapse while at home.” Terri Schiavo died on March 31, 2005, of dehydration.

Rev. Mahoney spoke to Live Action News just hours after his attorneys reached out to the family:

We are fighting hard to get him [Charlie] placed with hospitals that have offered help around the world. So far, the hospital in London has denied all these requests.

Charlie’s story has tugged at the hearts of many in the U.S. Some news commentators are making the claim that what happened in the U.K. to Charlie’s parents would never happen in the United States. Sadly, they are not correct. The case of Charlie Gard also reminds us of another case here in the U.S.—that of little Simon Crosier. 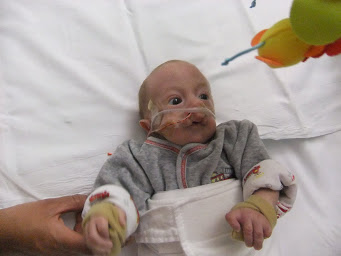 Recently, Live Action News interviewed the mother of another little boy whose parents were denied the right to decide the appropriate medical treatment for their son, born here in the U.S.

When Sheryl Crosier’s son Simon was born with Trisomy 18, the medical establishment labeled him as “incompatible with life.” Sheryl told Live Action News that doctors disregarded the wishes of her and her husband to seek all possible care to keep their son alive.

Sheryl said doctors encouraged her to have an abortion when her 20-week ultrasound revealed that Simon might have a cleft lip. She refused. Simon lived 88 and a half days after his birth, passing away on December 3, 2010.

It was only after reviewing his medical records, weeks after Simon died, that Simon’s parents learned that health care workers had refused to medically treat him as any other child.

We discovered there was a DNR, Do Not Resuscitate order placed in his records without our permission. No one ever discussed this with us.

After he died we found the term “comfort feeds” which means the least amount of food. It is not intended for nourishment. It basically means they starve you to death. There were several things that they did to our son or withheld from our son without our permission.

Sheryl has worked for years to bring Simon’s story to lawmakers across the nation. So far, Sheryl says, Kansas is the only state that has passed a law to protect parents called Simon’s Law. 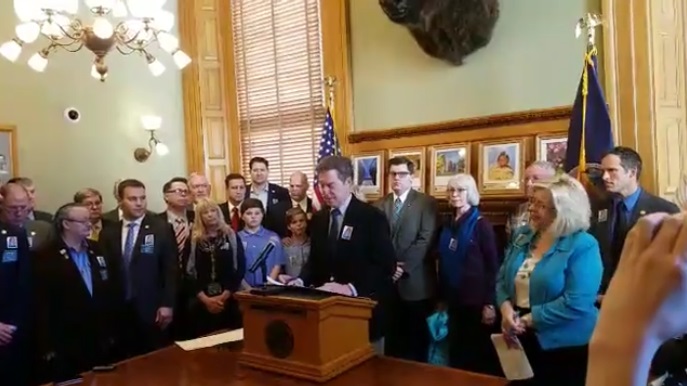 “This is a first of it’s kind law in the nation,” Kansas Governor Sam Brownback stated at the time of its passage:

Simon’s Law ensures that families can secure the full support of the medical community as they fight for the lives of their loved ones. Named in honor of Simon Crosier, SB85 ensures hospitals cannot institute Do Not Resuscitate orders for minors without parental consent…I’m signing Simon’s Law to ensure no child is unilaterally denied the life-giving support of the medical community. …

The dignity and quality of each live should be valued, should be revered, should be protected…It’s a very important law to move forward in this state and across the nation.

Simon’s Law took effect in the state on July 1, 2017, and can be read here. Kansas State Representative John R Whitmer told Live Action News that he has added his name to the growing list of U.S. lawmakers speaking out for Charlie Gard and is calling on other lawmakers to speak out as well:

I believe life is precious and we must defend the vulnerable with action, not just words. Every life is created for a purpose and I’m proud that Kansas is a state that protects life and actively promotes a culture of life. To that end I was honored to have played a role in the passage of Simon’s Law in Kansas and am also proud to join Charlie’s Army and to add my name to the growing list of those advocating on behalf of Charlie Gard!

Simon’s mother, Sheryl, told Live Action News that there has been an enormous amount of interest in Simon’s Law from other states. “I have had lawmakers and parents contact me through Simon’s Law Facebook page,” she said. “I think we will see more in the upcoming sessions. All we can can do now as parents and advocates for life is fight and pray.” 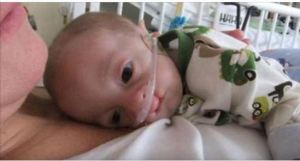 Sheryl also weighed in on the similarities between Charlie Gard’s case and her son Simon’s:

I think with Charlie’s situation, it is really opening the eyes of people. They say this is an isolated case; no, it is not. They said Simon’s was an isolated case as well. We need to expose these situations, so other parents can see this can happen to their child.

It is time to put these decisions in the hands of the parents where they should have never been taken out.

Tragically, Charlie Gard and Simon Crosier are both victims of societies that often fail to value all human life as sacred.

It’s time for us to stand up for the rights of moms and dads everywhere to protect and fight for their children’s lives.