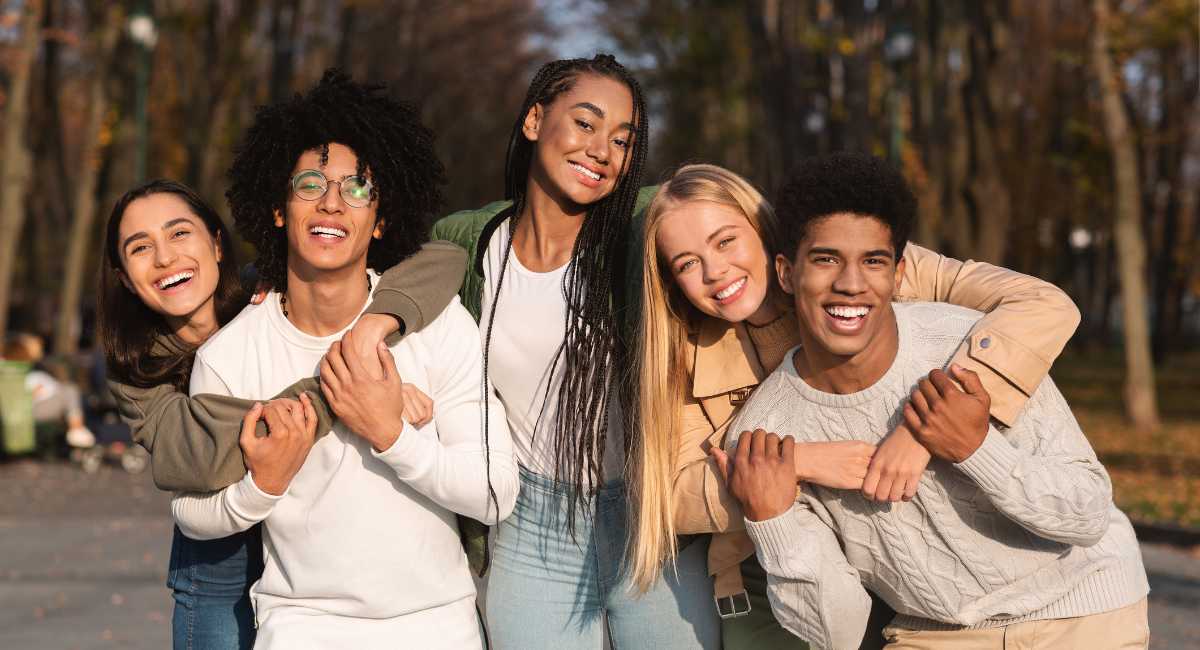 The room was set – a worship center at a beautiful campsite in southern Georgia. The chairs were set in a giant circle. My co-presenter, Kevin, and I had spent the last two days here teaching a group of high school students about God as our creator and man’s relationship to God. God is our creator; humans are created in His image, marred because of sin, yet having great hope in Jesus Christ. I believe many of the students would identify as being either practicing Christians or having a belief in Jesus. On this day, we were having a Q&A time to intentionally answer questions we may not get to during our scheduled teaching time. Questions on race, sin, LGBTQ+, sex, creation, abortion, and more had come in since the first day.

The goal was to have a large family-style conversation, one where we weren’t teaching to them from the stage but were sharing, answering their questions from a historically biblical position.

Our first question: “I’m already having sex. Why should I stop now?”

We responded with God’s biblical design for marriage and sex, as written in Scripture from Genesis to Jesus’ words in Matthew 19. We also talked to them about the high rate of unintended and unwanted pregnancy and the problems that come as a result. The statistics for these things would drastically drop if sex were held within its God-ordained parameters. Our answers didn’t go over too well. They visibly, but respectfully, disagreed.

Next question: “Abortions are sometimes necessary due to financial reasons. Why are you against it?”

Again, we laid out our case. “Scientifically, life begins at conception. This isn’t just the Christian view, this is the predominant view among atheist scientists. In Genesis 9, we read that we should not take innocent life because people are made in God’s image. We do not kill innocent humans.” Scripture advises that all life is created in the image of God and has intrinsic dignity, value, and worth. The artificial distinction that a human becomes viable or, in essence, “more human,” is exactly that, artificial. DNA begins at conception.

I wasn’t surprised by their questions, but I was caught off guard by their attitude – the aggression in their response. There was no room for dialog. They didn’t want to hear Scripture or scientific facts. To them, we were wrong, we were violent, and they were done with any mutual participation.

But this attitude isn’t just unique to the young people we were speaking to. Based on the letters I receive from parents around the nation, the conversation of sex and abortion are issues that many young people want to keep separate from any conversation about God or righteousness.

Abortion usually comes at the end of a long road of, what I consider, often poor and unbiblical choices made by women and men. Choices that, statistically, are impacting African American women at some of the highest rates in our nation. So, when this group of predominantly African American students vehemently argued against God’s design for sex and in favor of murdering their unborn children, I became aware of three distinct issues facing this generation (not just black youth) that Christians should speak into immediately:

1. A Lack of Biblical Discipleship

Today, we have a generation of young people undiscipled by the truth of scripture. If they go to church, they aren’t hearing the complete gospel or being discipled to understand what it means to be a follower of Jesus.

One young woman yelled at us, “I’ve been in church my whole life, and I’ve never heard the things you’re saying.” I empathize with her frustration.

The latest research by the Cultural Research Center revealed that only 13% of teaching pastors have a historically biblical worldview. If church leaders don’t know what it means to be a Christian, how can I expect these young people to know?

We’ve stayed quiet. We’ve not been intentional in our discipleship. We’ve played music and jumped around instead of ensuring our young people understand the word of God in context. Biblical truth, graced in love, is what’s needed. May we biblically disciple young people.

2. Postmodernism: It’s All About “My Truth”

Yet, today, many reject God because He doesn’t affirm their truth. Scripture is clear that we must worship the correct God correctly. Once we are in Christ, we live our lives according to God’s righteous moral law: “Love the Lord your God with all your heart and with all your soul and with all your mind” (Deut. 6:5 & Matt. 22:37). God determines our function and the standard by which we live. These are objective truths. But when you’re submersed in a culture where the greatest truth is that there is no knowable truth, what we are saying is that there is no knowable God. God is truth.

When Christians fail to teach this simple fact, young people find the idea of objective truth confusing at best, and at worst, offensive and outright worthy of rejection. May we unapologetically declare the truth of God’s word.

3. Environments That Promote Disregard for Life

There is a blatant disregard for life occurring in society. And it’s growing. We see this in mass shootings, gang violence, family violence, and yes, in the murder of the unborn taking place in abortion clinics across our nation.

Growing up in an area where you’re surrounded by death, loss, and violence (as these young people are) only exacerbates this disregard. It’s pretty hard to stand for life when you are constantly bombarded with death and loss. Many have experienced the death of close relatives or friends. Every one of them has experienced the loss of a parent due to incarceration.

I am sure a few of the young women in our audience had ended the lives of their babies. Where is Black Lives Matter? Where is the outrage? More importantly, where is the Christ-centered church offering love, truth, and discipleship? Because each one of these precious young people has a life that matters. Many simply haven’t been taught the value of their own lives.

Without knowledge of being created in God’s image and the intrinsic dignity, value, and worth that all life human life possesses, there is nothing to challenge the “here today, gone tomorrow, I have to ‘get them before they get me’” environment so many are used to.

These conditions have created a disregard for life; their lives, their sexual partners’ lives, the lives of their friends and enemies, and the lives of their unborn children. This is not to excuse behavior, but it is to say that if we expect to see any shift in young people’s appreciation of life, we must teach them the truth about the value of life.

May Christians interrupt environments where life is disregarded and bring the hope of the gospel.

Bio: Monique Duson is a racial unity advocate and co-founder of the Center for Biblical Unity. She has a background in social service and children’s ministry. She has worked with a diverse array of under-served communities. She worked as a Missionary to South Africa for over four years, serving children and teachers impacted by drugs, violence, and trauma. She spent two decades advocating for Critical Race Theory (CRT), but through a series of events, began to clearly see the contradictions of CRT with the historic Christian worldview. Monique is now convinced that CRT is not the best way to achieve racial unity and actively speaks out against the use of CRT within the church. 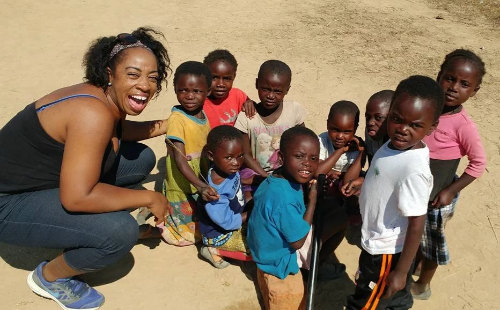 Her mission is to promote a vision for racial healing based on the historic Christian worldview. She has appeared on shows such as Relatable (with Allie Beth Stuckey), the Alisa Childers podcast, and Breakpoint (with John Stonestreet). She has a BA in Sociology from Biola University and is working on a MA in Theology.