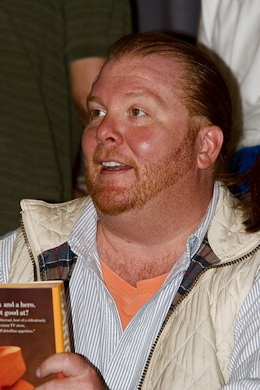 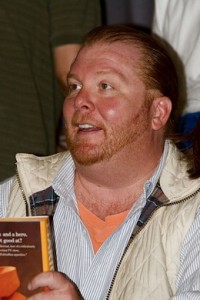 The abortion lobby recently took to Twitter to raise money for organizations funding abortions for women who may find obtaining one more difficult after numerously abortion clinics failed to meet the health standards of HB2 in Texas.

The Chew chef Mario Batali tweeted his support for the fundraising efforts and offered to match donations of up to $5,000 in one 30-minute period.

The chef, who owns restaurants all over the world and has frequently starred on TV cooking programs for years, said:

Hello Americans i am happy to match your donations for the next 30 minutes up to 5 grand in support of @TXWomenForever C’mon !!!!!

Although he’s been outspoken on other environmental and social issues (such as hydraulic fracturing), this may be the first time Batali has been so public in regards to his support for abortion. Batali received immediate criticism from pro-lifers, who called him out on his anti-life stance. When asked by one tweeter how Batali could hold the double-standard of standing for women without standing up for unborn women, Mario responded with this total non sequitur: “I’m for personal choice!”

The telethon raised about $53k in all – enough to potentially fund the deaths of dozens of pre-born Texans.