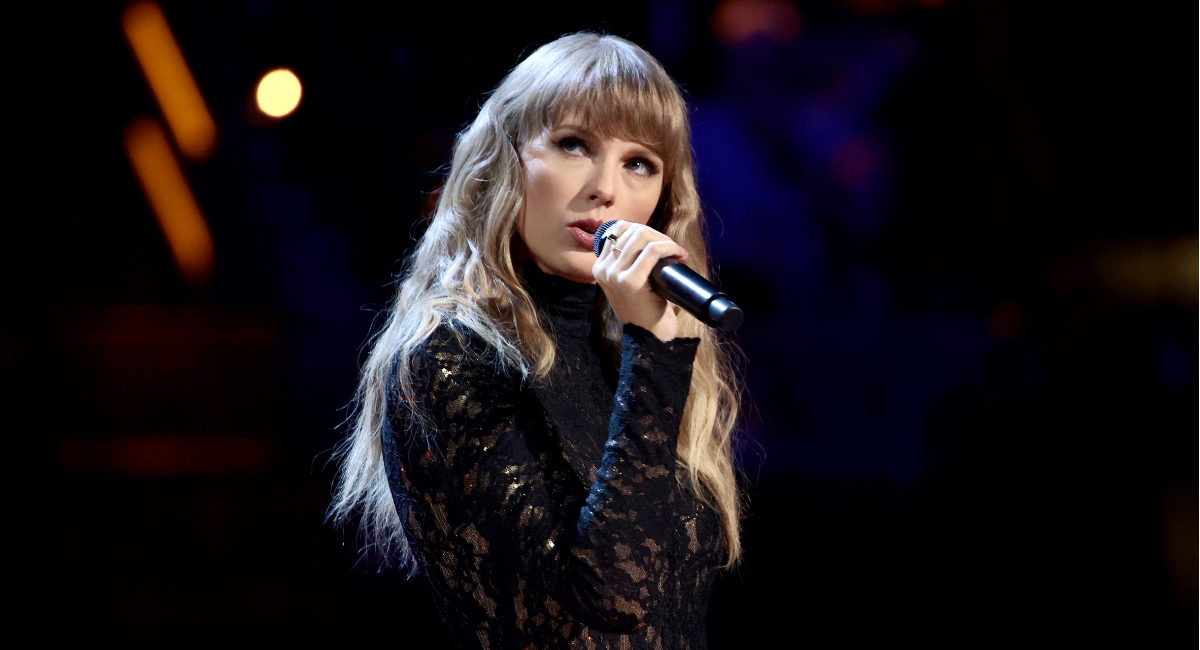 On Friday, the Supreme Court issued its landmark ruling in Dobbs v. Jackson Women’s Health Organization, overturning Roe v. Wade, and Hollywood is lashing out. As expected, many celebrities took to social media to express their dissatisfaction with the ruling, which places the issue of abortion back in the hands of the states.

Singer Taylor Swift shared a letter from Michelle Obama as she wrote, “I’m absolutely terrified that this is where we are – that after so many decades of people fighting for women’s rights to their own bodies, today’s decision has stripped us of that.”

Actress Elizabeth Banks tweeted, “This is devastating news for families – Men and women – who believe the government should not decide when and with whom they become parents. This is not the end of this fight for human rights.” 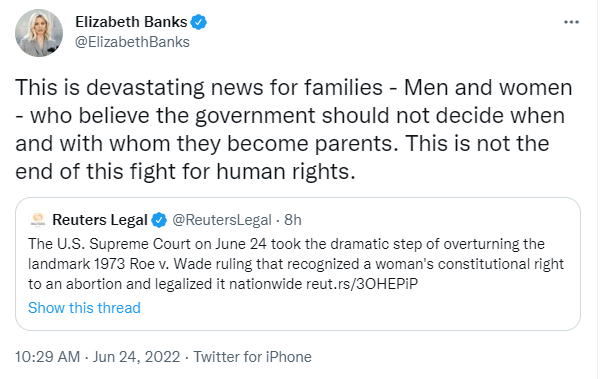 Television host Padma Lakshmi claimed that with the ruling, Americans should prepare for a “public health crisis.” “People will still get abortions. These procedures won’t stop just because Roe v. Wade is overturned,” she tweeted. “This will only prevent safe, legal abortions from taking place… This is a catalyst for a public health crisis… I wish more people understood that the decision to have an abortion is deeply personal and complex. It’s a decision that should be treated with compassion and empathy, not vilified or criminalized.”

According to Breitbart.com, pop singer P!nk, a longtime outspoken supporter of Planned Parenthood, lashed out at any of her fans who might be pro-life (which she equated with racism), writing on Twitter (edited for profanity), “Let’s be clear: if you believe the government belongs in a woman’s uterus, a gay persons business or marriage, or that racism is okay – THEN PLEASE IN THE NAME OF YOUR LORD NEVER F*CKING LISTEN TO MY MUSIC AGAIN. AND ALSO F*CK RIGHT OFF. We good?”

Actress Busy Philipps, an outspoken advocate for abortion, took her rage to Instagram. “I have no words,” she wrote. “This is total devastation. See you tonight New York and I hope you show the f*** up wherever you live.” Philipps’ call to “show up” likely refers to the “Night of Rage” abortion extremists have called for to protest the ruling. 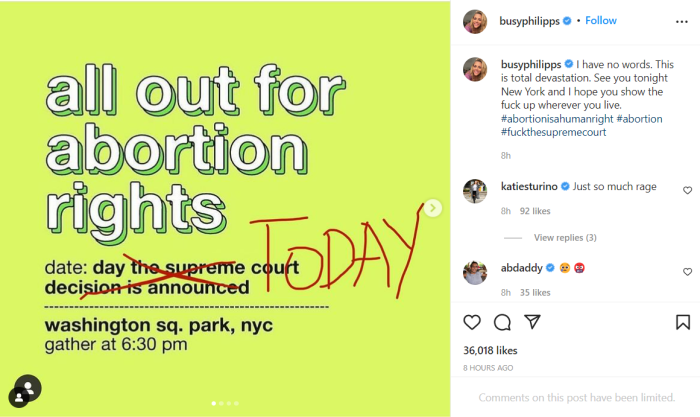 Actress Alyssa Milano was another of the many celebrities speaking out. “Today’s Supreme Court ruling overturning #RoeVsWade will have deadly consequences, with the harm falling hardest on people of color who already face disproportionate discrimination in our country and grapple with a severe maternal mortality crisis,” she tweeted.

Green Day frontman Billie Joe Armstrong reacted to the overturning of Roe by announcing that he will renounce his United States citizenship. While performing in London, where two doctors must approve a woman’s abortion and agree that having the baby would pose a greater risk to the phyycial or mental health of the woman than an abortion would, Armstrong said, “F*** America. I’m f***ing renouncing my citizenship. I’m f***ing coming here. There’s just too much f***ing stupid in the world to go back to that miserable f***ing excuse for a country.”

While the Hollywood response was overwhelmingly negative, there was also some positive feedback.

Actor Kirk Cameron filmed a Facebook Live video in which he shared his reaction to the news that Roe was overturned. “Praise God, praise God, praise God,” he said enthusiastically. “I have four adopted children, and my four kids were one doctor appointment away from not existing, and my wife is an adopted child who was this close to not being here, and I am so so thankful. As for those who are just losing their minds and so upset about this, there is so much I would like to say, but I do find it interesting that everyone who is raising cane about this are people who were previously born.”

Sadly, the desperate fight for abortion has come to be a trademark among many Hollywood celebrities, especially women, who argue that abortion is needed for them to further their careers. The reality is that they often choose abortion because they feel they have no choice at all. In fact, many women in the industry have spoken about being coerced to abort.

A world in which women must kill their children in order to “make it” isn’t liberating — it’s oppressive. While the overturn of Roe is a step in the right direction, it’s clear that much must still be done to ensure that no woman feels she needs abortion in order to succeed.

Editor’s Note 6/26/22: This post has been updated with more celebrities since its original publication.