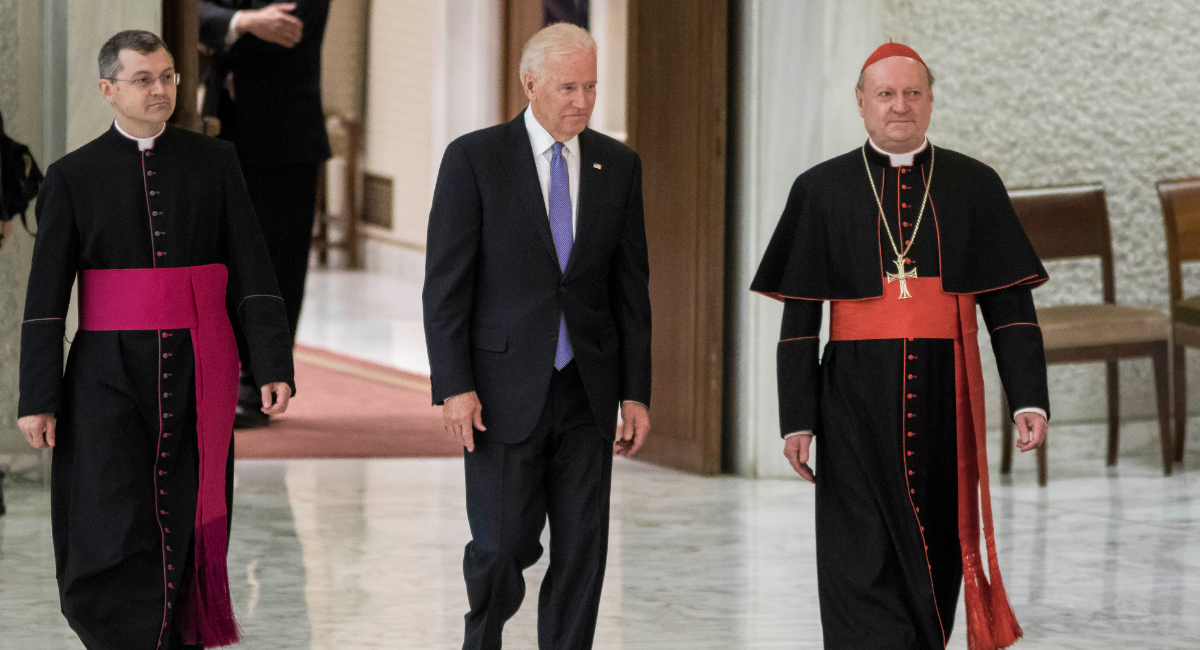 Days after President Biden signed an executive order protecting abortion, leaders of the Catholic Church have spoken out against the order.

“It is deeply disturbing and tragic that President Biden is choosing instead to use his power as president of the United States to promote and facilitate abortion in our country, seeking every possible avenue to deny unborn children their most basic human and civil right, the right to life,” Lori said. “Rather than using the power of the executive branch to increase support and care to mothers and babies, the president’s executive order seeks only to facilitate the destruction of defenseless, voiceless human beings.”

“I implore the president to abandon this path that leads to death and destruction and to choose life,” he added. “As always, the Catholic Church stands ready to work with this Administration and all elected officials to protect the right to life of every human being and to ensure that pregnant and parenting mothers are fully supported in the care of their children before and after birth.”

President Biden’s executive order follows the Supreme Court’s overturn of Roe v. Wade last month. While he is Catholic — and the Catholic Church staunchly opposes abortion — Biden’s actions have made him the most pro-abortion president in history. Since it appeared likely that the Supreme Court would overturn Roe, the Biden administration has aggressively promoted abortion, inviting pro-abortion activists to the White House, creating a “reproductive rights” website that offers no help to women who wish to give birth while directing minors to abortion businesses, and signing an executive order in which he expressed his wish for Congress to codify Roe into federal law. The executive order also aims to make the abortion pill more accessible and creates a task force to promote abortion.