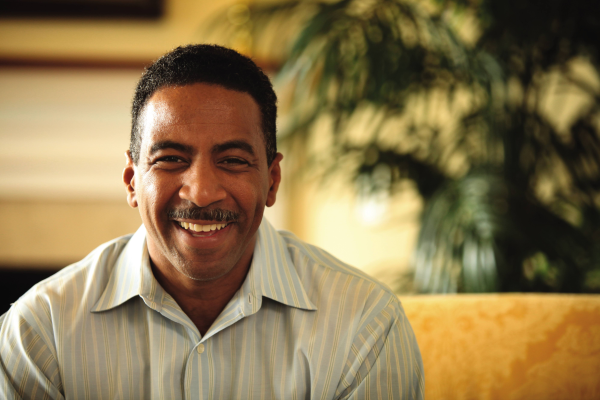 Roland Warren, Presient and CEO of Care Net, a pro-life nonprofit organization that supports a national pregnancy center network and runs a crisis pregnancy call center, responded to comments made by Sen. Kristen Gillibrand last week in which she equated being pro-life with being racist.

Live Action News reported on Gillibrand’s shocking and tone-deaf comments to the Des Moines Register, in which she stated she had “such moral clarity” that pro-life views are loathsome and unacceptable, similar to how society has clearly views racism and antisemitism as immoral. “Imagine saying that it’s ok to appoint a judge who’s racist or anti-Semitic or homophobic,” she said. “Asking someone to appoint [a judge] who takes away basic human rights of any group of people in America, I don’t think those are political issues anymore.”

In response, Warren, who is Black, appeared in a Care Net video, calling out Gillibrand’s comments. Racists — both past and present — dehumanized, enslaved, lynched, disenfranchised, harassed and assaulted the African-American community. “In short, racists denied people who looked like me the blessings of liberty — life, liberty, and the pursuit of happiness,” said Warren. “Of course, the irony here is that the first and foremost of blessings is life. Yet, Gillibrand says that people who seek to protect lives who look like me are like racists.”

Warren pointed to the disproportionately high rate of abortion among the Black community. “In all, over 19 million unborn Black children have been aborted since Roe v. Wade was decided in 1973. That’s about 35 percent of those aborted, but people who look like me are only 12 percent of the population. […] So, if Senator Gillibrand had her way, the only judges who would be appointed are the ones who support the ending of lives in the womb, of people who look like me.”

Other pro-life activists in the Black community have also been outspoken about the racism of abortion in America. In February, Live Action tweeted a video showing Ryan Bomberger, another African-American pro-life activist, discussing the statistic that more Black babies are aborted than born alive in NYC. “Abortion,” read the tweet in part, “is the most lethal form of racism.” Bomberger’s nonprofit, The Radiance Foundation, has written about the devastating effect abortion has had on the Black community. Black women typically abort at a rate roughly four times higher than that of white women, while Planned Parenthood has 79% of its surgical abortion locations within walking distance of minority neighborhoods, and has been caught accepting donations specifically to abort Black babies. None of this is much of a surprise from an organization whose founder was a racist eugenicist.

Warren pointed out Gillibrand’s comments struck at another issue: the sanctity of all life.

“The sanctity of life knows no color. All human life is precious and sacred, and each and every one of us is made in the image of God. We are all worthy of protection—inside and outside the womb—and should be given the opportunity to enjoy the blessings of liberty.”