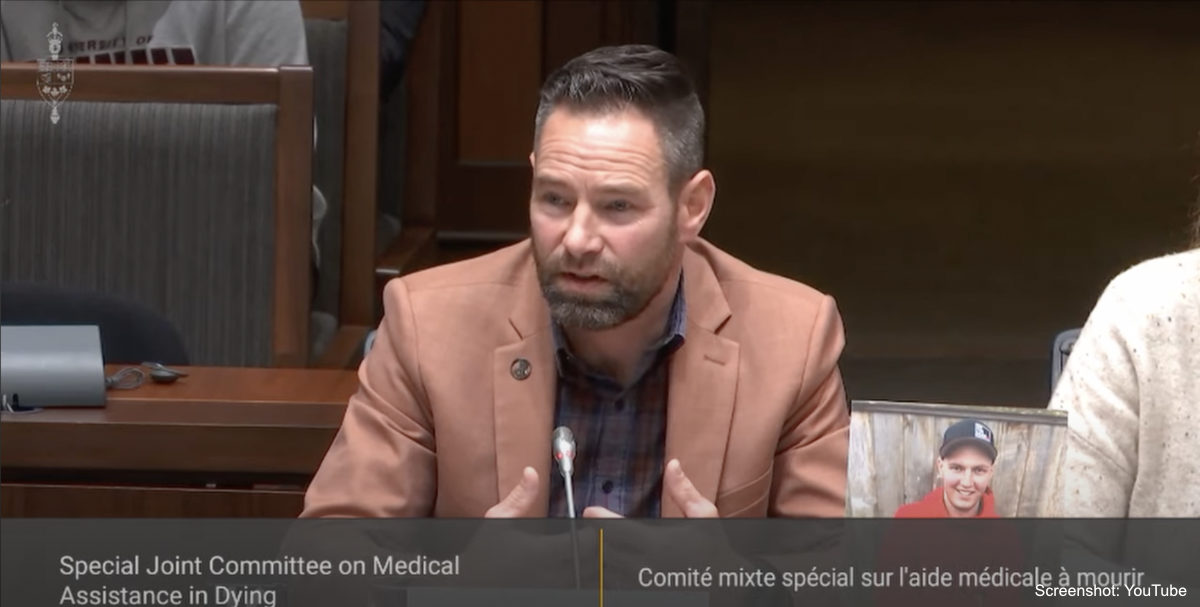 One Canadian father is actively campaigning against the looming threat of euthanasia laws expanding to include ill children.

Mike Schouten is an activist whose son, Markus, died of cancer earlier this year. After learning that lawmakers are considering a change in the law that would allow children to access Medical Aid in Dying (MAiD), the country’s legalized euthanasia and assisted suicide, Schouten spoke with Parliament on November 25, pleading with members not to allow euthanasia for minors.

Schouten drew from personal experience in his advocacy, as Markus died in May 2022, just 15 months after his cancer diagnosis. He was 18 years old.

“By giving some minors the right to request, you put all minors and their families in a position where they are obliged to consider,” he told the parliamentary committee, according to the Daily Mail. “If that happened to Markus, the message he would have heard would have been clear: ‘We don’t value your life, we don’t think it is worth living and if you want, we can end it for you.”’

In an interview recently on Wake Up America, Schouten further explained the impact he feels MAiD would have on children.

“When we were in the hospice with our son Markus, it would have been devastating to him if the message heard from either us as his parents or his caregivers was that ‘Would you consider medical assistance in dying?.’ It would have said to him, ‘We’re giving up on you, Markus.’ And it would have not allowed him to live every day to the fullest as he did right to the moment that he passed away.”

As the director of advocacy for the Association for Reformed Political Action (ARPA), Schouten has been actively advocating against euthanasia for several years, including prior to his son’s cancer diagnosis. He is alarmed at the rapid rate at which euthanasia has expanded in the country — in 2021 alone, a staggering 10,000 people in Canada ended their own lives through MAiD.