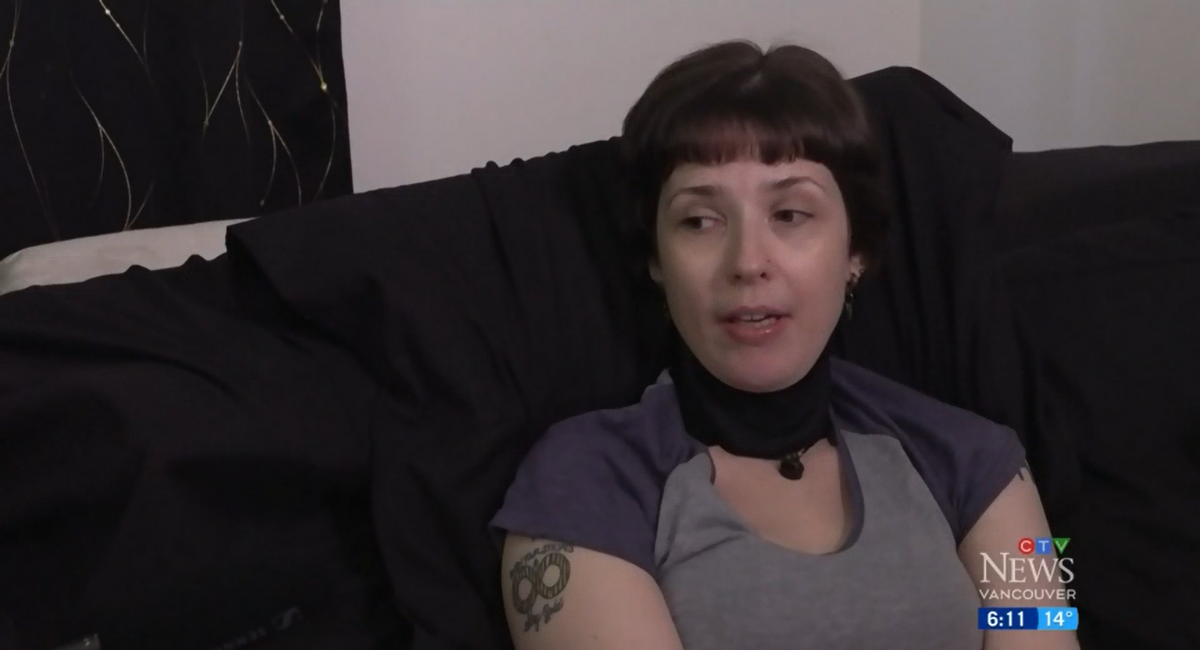 A woman in Canada who has struggled for years with disabilities is considering assisted suicide since being unable to get the help and care she needs.

Rosie Ashcraft has Ehlers-Danlos syndrome (EDS), a group of inherited disorders that affect connective tissue. For Ashcraft, it means living in constant pain, though surgery would greatly improve her quality of life. But she’s been waiting and suffering for so long that she’s now considering death as an alternative.

An article in BC Disability explained the long road Ashcraft had to take just to get care to begin with. Diagnosed with Asperger’s syndrome, which is now considered part of the autism spectrum disorder (ASD), Ashcraft noticed changes beginning in her 20s. “Rashes began to appear on her face; she developed serious dental problems and deep joint pain, and also rapidly lost weight — so much that she began double layering her clothing to bulk up her shrinking frame,” Spencer van Vloten wrote for BC Disability. Her doctor first diagnosed her with fibromyalgia, but Ashcraft never felt that diagnosis was right.

Eventually, when she learned about EDS, she went back to her doctor but didn’t receive any help. “Her doctor immediately turned cold, frustrated that she’d question the initial diagnosis and now doubtful that she was telling the truth about her symptoms,” van Vloten continued. “They treated her like she was crazy and refused to re-refer her to a specialist to have the diagnosis amended.”

After a referral to a psychiatrist, Ashcraft was accused of making her symptoms up. This meant her previous doctors blacklisted her, and the government health care program would not cover any treatment for EDS. She was able to get her EDS diagnosis confirmed by doctors in the United States and the United Kingdom, but it took years for anyone in British Columbia to get on board. But the wait to get proper care has left Ashcraft in terrible condition.

“A port had to be placed in her chest for fluids; she’s on 11 medications, including heavy painkillers; and her current doctor admits that she’s been treated ‘very unfairly’ and continues to try to help with palliative care,” van Vloten wrote, adding, “She spends nearly all hours of the day bedridden – her pain is much worse when upright – with throbbing headaches. Repairing the damage to her teeth has been costly and she now must use removable partial dentures. And she requires a fusion for the unstable discs in her neck, which cause her excruciating pain and have forced her to use a wheelchair to get around.”

Today, Ashcraft’s struggle still continues — and her inability to get proper health care has continued as well, which has led her to feel that death is her only option. “I’m just suffering. So that’s… not living,” she told CTV News. “I’m in terrible chronic pain. The pain is horrendous.”

Ashcraft says that surgery would help stabilize her neck, which could make a huge difference. “Surgery, it can reduce my pain. It will also keep me much safer because it’s dangerous to have an unstable upper neck,” she said, noting that she understood nothing will cure her EDS, but will help her function better with it.

But she’s been waiting four years to see a neurosurgeon and has yet to even get an appointment. And she’s sadly not alone.

“Canadians with these conditions, whether they live in BC, Nova Scotia, Manitoba, or Ontario face the same challenges in accessing neurosurgical care,” Sandy Smeenk, executive director of The ILC Foundation, which offers support to people with EDS and similar conditions, said. “For the neurological deficits they experience, including debilitating chronic pain, they are left to seek diagnostics and care abroad at their own expense.”

Ashcraft tried to raise the money for the surgery on her own, but with costs of over $100,000, she hasn’t been able to. So she has begun considering medical aid in dying (MAiD). “I don’t want my family to watch me suffer like that for years on end,” she said. “Death still kind of scares me, but what fears me more is that I’m starting to lose my fear of death.”

Her children, however, have no hesitation: they don’t want their mom to die.

“We don’t want that to happen and we have lots of things that we have planned out over the years,” Eliot Guedes, one of her sons, said. Pearson Guedes, her other son, added, “It’s upsetting, some mornings when she’s really sad… I tend to see her consume a lot of her medications robotically. I’m pretty sure that’s kind of how she feels.”

The Guedes brothers both agree that what their mom needs is help. But as is becoming the heartbreaking reality for people with disabilities in Canada, help is not coming — and it is leading people like Ashcraft to think the only cure for their suffering is death.