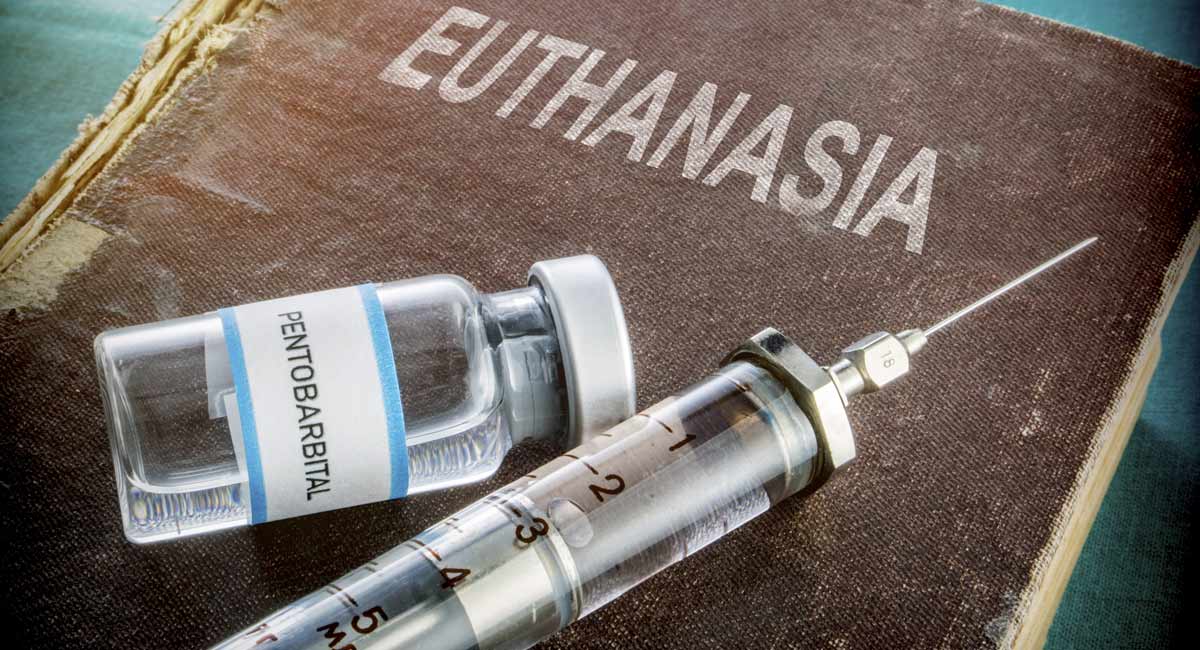 Health Canada released its 2019 Medical Assistance in Dying Report in July 2020, and it contains some concerning facts and statistics.

The number of people asking for and being granted “medical aid in dying” (a euphemism for assisted suicide and euthanasia) is increasing every year. There were 5,631 such deaths in Canada in 2019 — an increase of 26% from 2018. Between 2017 and 2018, cases increased by 57%. These figures seem to indicate that once euthanasia or assisted suicide is legalized, the number of people requesting and being accepted for it steadily increases.

Euthanasia the main form of “assisted death” in Canada

Only seven out of the 13,946 deaths reported were by assisted suicide. This means that doctors are the ones doing the killing, not the patients themselves, which raises the question of coercion and miscommunication. If the person changes his or her mind at the last minute, will the doctor be aware of it? What if the patient is unable to easily communicate?

One of the most troubling revelations in the report was that not all of those dying by euthanasia had other viable options. For those who died, 10.4% — or more than one in 10 — did not have access to palliative care. They weren’t given a chance to have their end-of-life needs met in a supportive environment and may have felt suicide was their only choice. Of those who requested disability support services, 10.2% were denied them. These were people who asked for an alternative to assisted death and were denied it. The report says, “Disability support services could include but are not limited to assistive technologies, adaptive equipment, rehabilitation services, personal care services and disability-based income supplements.”

The report also revealed that nothing in the data determined that those who did receive these services found them adequate.

The lack of disability support services is even more concerning when one looks at the reasons given for assisted suicide. As reported, 82.1% of assisted suicide victims gave as a reason, “loss of ability to engage in meaningful life activities” and 78.1% said “loss of ability to perform activities of daily living.” This loss could have been countered by adequate services to help the disabled. It is also noticeable that this reason relates to human ability. People who are disabled but not terminally ill frequently face these challenges.

It is very concerning that lack of ability is considered a valid reason to have access to euthanasia. The acceptance of this reason puts disabled people under threat. The medical community in Canada, it seems, has accepted that lack of ability is a valid reason for a person to want to die. The Canadian government, which passed euthanasia laws, believes this too. How will this belief affect suicide prevention services for disabled people?

If both the medical establishment and the government have the official position that a disabled person’s life is not worth living, what incentive do they have to provide quality services and medical care to disabled people? Can doctors who do not see disabled lives as worth living be trusted to do their best to help their disabled patients, or will they simply assume that these patients are better off dead and not worth treating? Even if this viewpoint is subtle, it will inevitably affect the care disabled people receive in hospitals throughout Canada.

The same government that considers disability a good reason for euthanasia gives medical and other benefits to disabled people in the community. A widespread acceptance of suicide for disability among people charged with caring for the disabled is deeply worrisome.

The report notes that 34% of euthanasia victims stated as a reason for their euthanasia request “perceived burden on family, friends or caregivers” and 13% reported “isolation or loneliness.” These are heartbreaking reasons to die. They are also common feelings among disabled people. Just over 56% of assisted suicide victims said pain, or fear of pain, was a compelling reason.

Euthanasia’s legalization has spawned a new specialty of medicine: the “MAID” [medical aid in dying] practitioner. The majority of euthanasia deaths were committed by a small number of doctors — 126 doctors killed 10 or more people.

Just as troubling is the fact that the majority of people who applied for assisted suicide were accepted. Less than a third were turned down. Just under four percent changed their minds. With 34% being euthanized less than 10 days after making their request, one has to wonder: would that number of changed minds be higher if they had been given more time to decide?