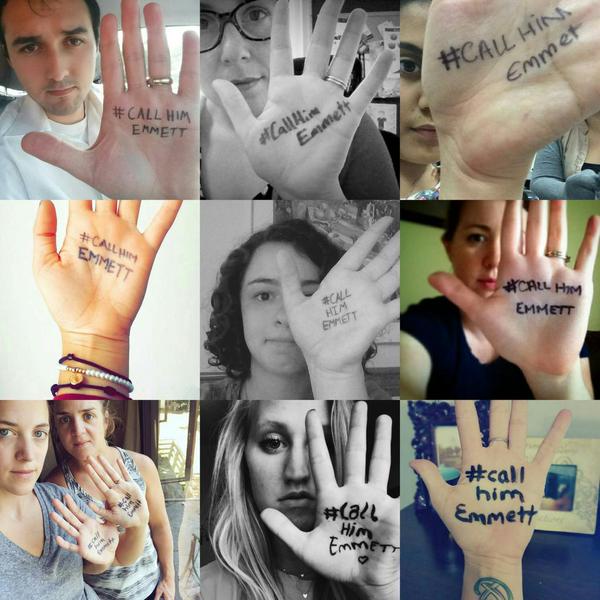 The images are hard to see. To describe them as simply graphic would be a disservice of the babies that are shown being picked apart, their organs harvested. The images are heartbreaking, shocking, and should inspire Americans to finally see the truth behind the Planned Parenthood’s money making mission. The images should stir up a desire to help save preborn humans from such a horrible and undignified death.

It’s in video #4 released by the Center for Medical Progress that we see him: “another boy” as the medical assistant says. This medical assistant is picking through the body of the 11 week 6 days old baby. Neither she, nor Planned Parenthood see this boy as a human being with rights, killing him simply because they want to. They make money off of his remains. He will never receive a proper resting place.

Her heart broken from the images as well as the casual attitude of the medical assistant, Kristan Hawkins, president of Students for Life, was moved to give this little boy and the other babies dignity and show them love while also bringing meaning to their lives.

“We [Pro-Life Advocates] know what they’re doing inside the abortion facilities,” explained Hawkins. “We know what abortion victims looks like, so for me, unlike other people, it wasn’t really a shock what his body looked like. But it was still very shocking to watch the callousness and how they disregarded his humanity and were digging through the pie dish looking for good parts to sell.” Hawkins and her team decided to name the baby boy and the other babies in the videos Emmett, after Emmett Till, the 14-year-old African-American boy who was murdered while visiting the South in 1955. He had spoken to a white woman and a few nights later, that woman’s husband and his brother beat him, gouged out one of his eyes, and shot him in the head. They dumped his body in a river where it stayed for three days. After his body was found, Till’s mother insisted on a public funeral service with an open coffin so the world would be exposed to the horror had happened.

“His open casket was featured in Jet Magazine,” said Hawkins. “I just kept thinking of his body in that casket and to me that was always something that was very powerful and how this one little boy, this tragedy that happened ended up stirring people around the country and calling to their conscience to stand up. We want people to be watching these Planned Parenthood videos, getting upset, and getting angry and saying, ‘I’m gonna do something about this!’.”

Till’s mother wanted to world to see the truth about racism and how blacks in America were viewed by some as less worthy, as unhuman. Hawkins wants the same for baby Emmett. She came up with the campaign #CallHimEmmett in which people can post prayers and thoughts in honor of this baby and others. Emmett deserved a name, so Hawkins gave him one. She hopes people will join this movement to give him back his humanity and his dignity and to show him love that he didn’t get from anyone who was around him.

“People always take to Facebook or they go to the memorial page at the funeral home to share their memories when someone dies,” said Hawkins. “That’s what we’re hoping people will do. It’s a very small action, but I think it’s helpful for people to see that Emmett was a little boy and has human dignity and he deserves a funeral. He deserves to be remembered.”

Every day babies like Emmett are killed so that Planned Parenthood can make money.  Babies, killed for cash. Isn’t it time we stood up for the Baby Emmetts.