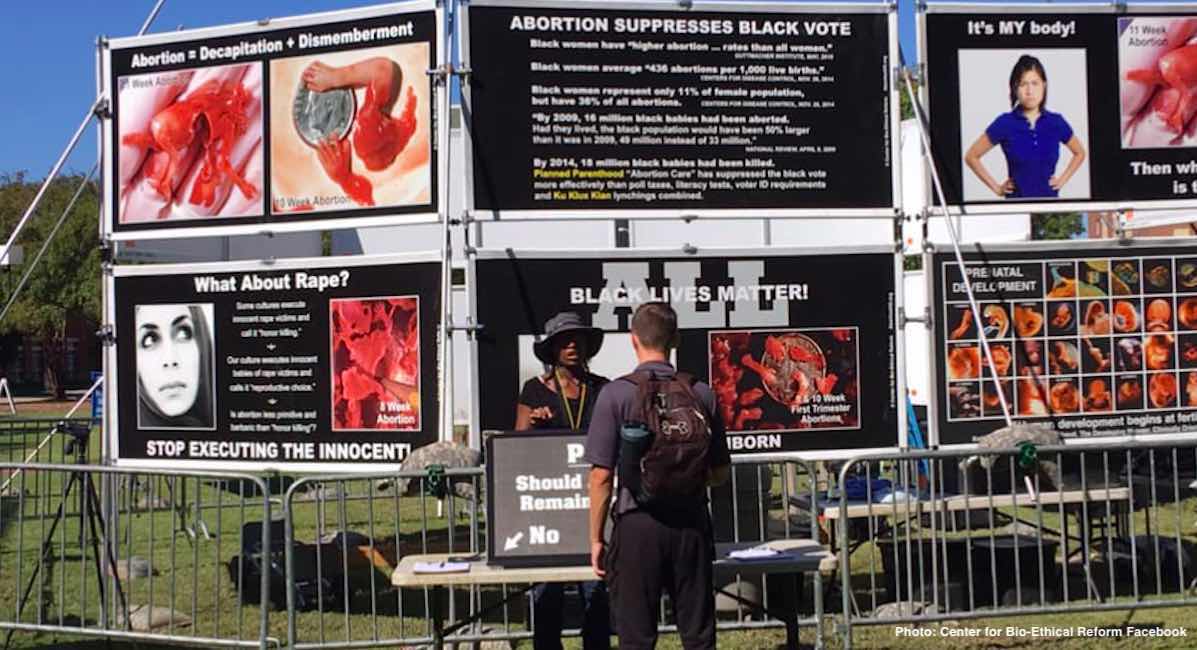 The California Supreme Court rejected a proposal to review the case of The Center for Bio-Ethical Reform vs The Irvine Co. on Wednesday, saying that the shopping centers must allow the anti-abortion group to use displays considered to be “grisly or gruesome.”

In 2015, The Center for Bio-Ethical Reform aimed to protest at shopping centers in Irvine and Newport Beach because companies aligned with stores at the centers were donating to Planned Parenthood, America’s abortion corporation. According to the San Francisco Chronicle, The Irvine Co., which owns the centers, said they would allow the protests but not “grisly or gruesome displays” such as the images of aborted children, which The Center for Bio-Ethical Reform is known to use.

The pro-life group fought the center’s decision to not allow their signs and stopped protesting until a final ruling could be made in the case. A state appeals court ruled that while the shopping centers could place some restrictions on protest groups, they could not tell activists what to have on their signs because it violated freedom of speech.

READ: Pro-abortion group at College of William and Mary protests

According to the San Francisco Chronicle, The Irvine Co. didn’t appeal that ruling but the state Supreme Court considered and rejected a proposal to review the case, leaving the appeals court decision in place and setting a precedent for other courts in the state.

In a 1979, the California Supreme Court ruled that under the California Constitution, people have the right to take part in political speech at shopping malls, which the court called the modern equivalent of a town square or meeting place.

“The speech that needs the most protection is the speech that some people consider off-putting,” said Attorney Robert Muise of the American Freedom Law Center, which represented The Center for Bio-Ethical Reform. “The images convey messages that words are incapable of conveying.”

The two shopping centers combined see at least 28 million visitors a year and the signs The Center for Bio-Ethical Reform want to display include images of a “living 7 week embryo moments before an abortion” and a “dead 8 week human embryo moments after abortion,” according to the appeals court document.