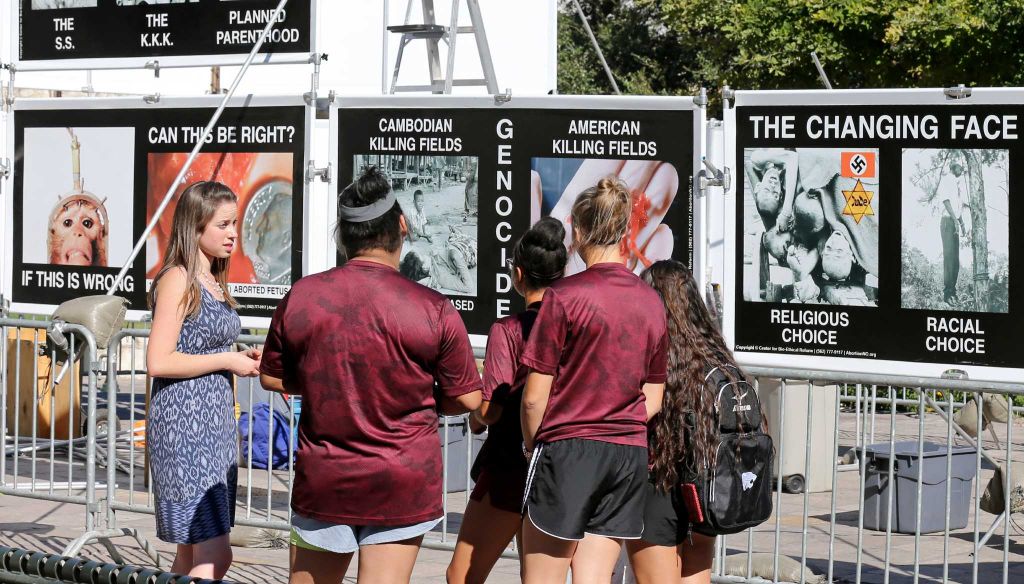 On Wednesday, a pro-abortion student group at the College of William and Mary railed against the Center for Bio-Ethical Reform’s placement of large and graphic pro-life public displays on campus. The student group, called W&M VOX: Planned Parenthood Generation Action, organized a counter protest against the pro-life organization’s message and started a petition to the College of William and Mary administration “condemning the CBR’s presence on our campus.” The Center for Bio-Ethical Reform, which displayed the images on April 17th, was on campus under full approval by the university administration. 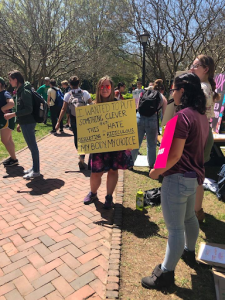 In an April 15th Facebook post announcing the counter protest, the pro-abortion student group called out the Center for Bio-Ethical Reform with baseless accusations:

[The Center for Bio-Ethical Reform] is notorious for exploiting public universities’ free speech clauses to legally display disturbing and graphic content. They will be placing multiple 4’x8’ panels depicting gruesome images of genocide and holocaust victims next to doctored images of mutilated and dismembered fetuses. The display is an attempt to spread misinformation while utilizing fear and shame to discourage the women on our campus from seeking abortion services.

W&M VOX: Planned Parenthood Generation Action did not provide information to support its accusation that the Center for Bio-Ethical Reform uses “misinformation” and “doctored images.” Also absent from the group’s Facebook page was any mention of what — if not “mutilated and dismembered fetuses” — they believe happens to preborn babies in abortion.

Several messages posted by W&M VOX: Planned Parenthood Generation Action on its Facebook page clearly aimed to stoke fear among students that seeing the graphic imagery would traumatize or victimize them. The group announced that students “can request an escort to walk and shield you from the demonstration.” The group also posted a “warning” to fellow students regarding the Center for Bio-Ethical Reform’s mobile displays and their ‘safety’: “Hey guys, just a warning that the CBR is driving around a truck with similarly graphic imagery. Stay safe.”

The group even created and circulated a map displaying alternate routes for students to use to avoid seeing the pro-life display.

The College of William and Mary is no stranger to attempts by abortion activists to stifle pro-life freedom of speech. On January 21, 2018, the 45th anniversary of Roe v. Wade, pro-life students at the university placed 3,000 popsicle sticks, along with pro-life signs, to commemorate the victims of abortion who die each day. The display received full administration approval, and pro-lifers worked for hours to set up the beautiful and silent public witness. Overnight, however, abortion activists vandalized and removed the entire display, with almost nothing remaining the following morning.