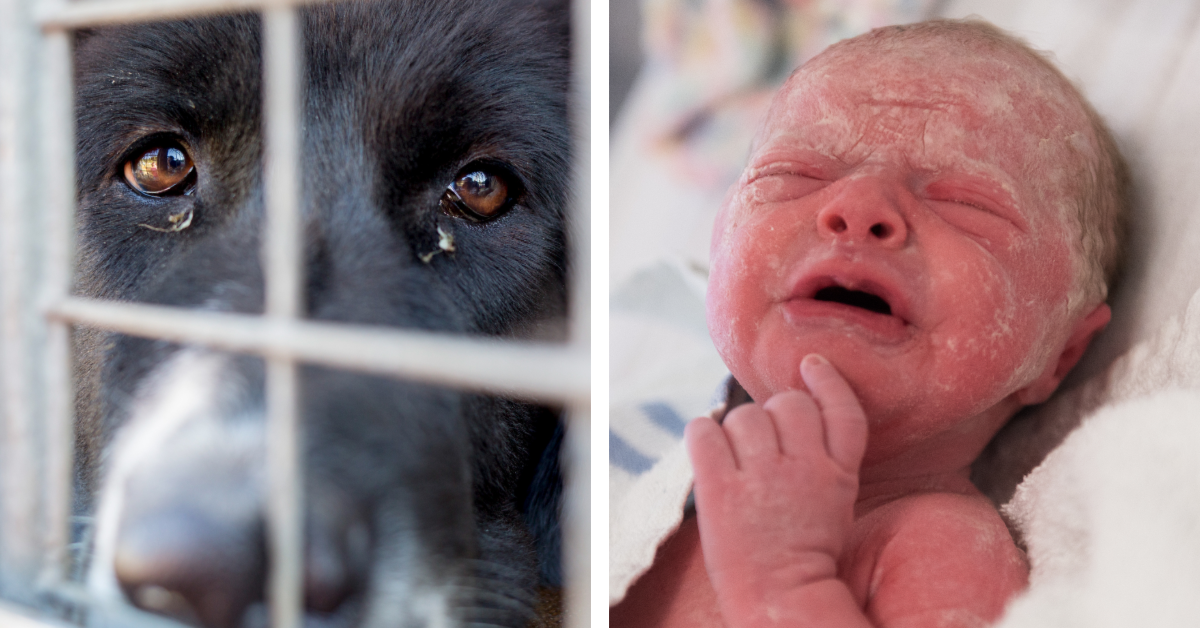 California Governor Gavin Newsom has made a statement announcing that he wants the state to stop euthanizing animals. In a press conference, Newsom laid out the details for his budget for the upcoming year, which includes a $50 million one-time general fund allocation to the UC Davis Koret Shelter Medicine Program. The purpose is to develop a grant program for animal shelters in the state, because Newsom wants to see an end to the killing of animals. The killing of human beings in the womb, however, evidently doesn’t bother Newsom as much.

In the press conference, Newsom made the statement, “We want to be a no-kill state.” While the goal of ending animal euthanasia is laudable, without question, the idea of Newsom touting California as a no-kill state while allowing abortion and euthanasia of human beings to go unchecked is beyond offensive. When one sees abortion, one can clearly see the cruelty and destruction:

According to the pro-abortion Guttmacher Institute, the former research arm of Planned Parenthood, at least 15% of all abortions in the country are committed in California. The number, however, could be even higher than that, as California chooses to opt out of reporting its abortion statistics to the CDC.

California also now requires public universities to provide abortion pills on campus. The state’s Attorney General has also argued that killing abortion survivors does not qualify as infanticide, and is currently in the midst of persecuting undercover journalists for exposing the abortion industry’s participation in the trafficking of the body parts of aborted children. All in all, California is one of the most pro-abortion states in the country.

In addition to killing preborn children through abortion, California allows the killing of adults through assisted suicide. That legalization has had extremely negative effects, with reports of insurance companies in the state refusing to pay for patients’ treatment and pushing assisted suicide instead. State laws were also amended to say that someone who encourages a person to kill himself will not be prosecuted. A regulation was also put into place allowing assisted suicide for those who are involuntarily committed due to mental illness.

It’s wonderful to protect animals from being needlessly killed. It shows compassion for the earth’s creatures, which is sorely needed. However, that same compassion toward the weakest and most vulnerable human beings is lacking from Newsom and California’s politicians. If California is to be a no-kill state, leaders should embrace life for human beings as well.