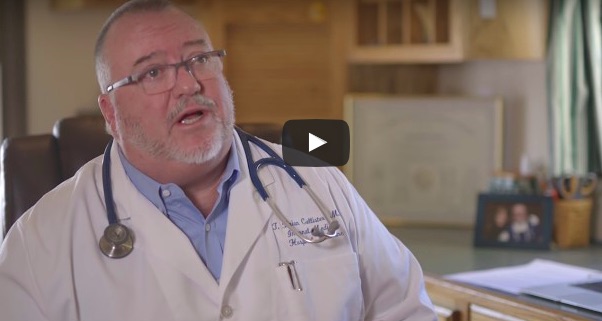 A disturbing new video highlights the dangers of legalizing assisted suicide and how easily it is already being abused, right here in the United States. Dr. Brian Callister is a physician and professor at the University of Nevada Medical School. Dr. Callister spoke out in a video for the Patients’ Rights Action Fund, explaining what happened when he tried to get insurance companies to approve life-saving treatment for two of his patients.

A transfer was needed for these patients to go to hospitals in their home states of California and Oregon. Assisted suicide is legal in both states. The patients’ insurance companies refused to pay for the treatment that Dr. Callister recommended — treatment that could potentially save their lives. Instead, the insurance companies suggested assisted suicide. “Quite frankly, I was stunned,” Dr. Callister said. “This is something we didn’t talk about, we didn’t request, we didn’t ask for.”

“It’s a lot cheaper to grab a couple drugs and kill you than it is to provide you life-sustaining therapy,” he added.

Cancer patient Barbara Wagner spoke out after the Oregon Health Plan refused to cover treatment for lung cancer, while suggesting assisted suicide instead. “It was horrible,” she said in an interview with ABC News. “I got a letter in the mail that basically said if you want to take the pills, we will help you get that from the doctor, and we will stand there and watch you die. But we won’t give you the medication to live.” She said that even at her lowest point, she hadn’t considered assisted suicide. Yet the Oregon Health Plan still pushed that as an option, even without her requesting it.

In California, Stephanie Packer went through a similar ordeal. Packer is living with a terminal illness and is determined to “do everything I can to have one more second with my kids.” Her insurance company refused chemotherapy and, instead, offered to pay for her assisted suicide, which would cost a mere $1.20. “It was like someone had just hit me in the gut,” Packer said.

“As soon as this law was passed, patients fighting for a longer life end up getting denied treatment, because this will always be the cheapest option… it’s hard to financially fight.”

Packer has begun speaking out against assisted suicide, warning that it will encourage patients with terminal illnesses who might also be fighting depression to succumb to their darkest thoughts. “Patients are going to die because of this. Patients need to know what this means, and the public needs to know that it’s going to kill these patients because they aren’t going to get the treatment they need to extend their life,” she said. When insurance companies suggest assisted suicide, “it makes terminally ill patients feel ‘less than,’ that they are not worthy of that fight, that they’re not worth it.”

A rational argument can be made for allowing PAS [physician-assisted suicide] in order to offset the amount society and family spend on the ill, as long as it is the voluntary wish of the mentally competent terminally and incurably ill adult.

There will likely come a time when PAS becomes a commonplace occurrence for individuals who want to die and feel it is the right thing to do by their loved ones.

There is no contradicting the fact that since the largest medical expenses are incurred in the final days and weeks of life, the hastened demise of people with only a short time left would free resources for others. Hundreds of billions of dollars could benefit those patients who not only can be cured but who want to live.

The Hemlock Society advocated for patients to “voluntary stop eating and drinking” (VSED) — not only those who are terminally ill, but those who “are simply ‘done.'” Compassion and Choices still presents this as an option.

This is the reality of assisted suicide becoming legal. It is not “compassionate,” and ultimately, it does not offer “choices.” It, like abortion, is a money-focused industry that preys on the most vulnerable. People who are terminally ill, are depressed or suffering from mental illness, are poor or disabled, or are very sick but may yet be cured are all targets of assisted suicide.

We cannot stand by and allow this to continue.