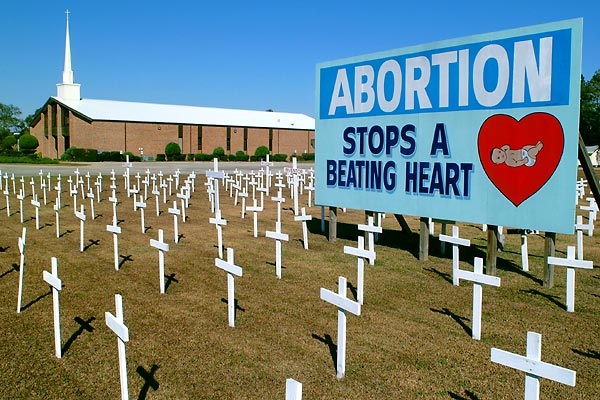 Seven prominent California churches have filed a formal complaint against the state Department of Managed Health Care for imposing an egregious mandate that requires all employers, including religious institutions, to provide insurance coverage for elective abortions.

The complaint filed with the U.S. Department of Health and Human Services notes that the California agency’s requirement is not only an infringement against federal law, but a direct violation of fundamental American liberties protected under the Constitution.

The churches, represented by legal groups, Alliance Defending Freedom and Life Legal Defense Foundation, contend that the DMHC’s requirement encroaches on the freedom of conscience upheld by decades of legal precedence and legislation. In addition, the complaint alleges that the California mandate is a direct “power play” aimed at filling the pockets of the state’s big abortion lobby.

“Forcing a church to be party to elective abortion is one of the utmost-imaginable assaults on our most fundamental American freedoms,” said ADF Senior Counsel Casey Mattox. “California is flagrantly violating the federal law that protects employers from being forced into having abortion in their health insurance plans. No state can blatantly ignore federal law and think that it should continue to receive taxpayer money.”

Churches named in the complaint filed by the joint legal groups are Skyline Church, Foothill Church and Foothill Christian School, Alpine Christian Fellowship, The Shepherd of the Hills Church, City View Church, Faith Baptist Church, and Calvary Chapel Chino Hills. The complaint comes on the heels of a similar objection filed by the legal duo last month on behalf of Loyola Marymount University, a Catholic institution based in Los Angeles.

Attorneys say the DMHC flouted federal law and engaged in pro-abortion politicking by refusing to uphold the 2004 Weldon Amendment. The measure passed by Congress prohibits institutions that receive federal funding from discriminating against bodies that do not provide insurance coverage of abortion.

“California’s Department of Managed Health Care created this abortion mandate in response to political pressure from the abortion lobby,” said Life Legal Defense Foundation Legal Director Catherine Short. “They would have us believe that, while the Legislature exempted these churches from the state’s contraceptive coverage mandate, it nonetheless intended to force them to cover all abortions under the rubric of ‘basic health care.’”

On August 22, the DMHC announced that all insurance plans in the state must cover elective abortions. Citing a 1975 state law, the department said refusal of abortion coverage discriminates “against women who choose to terminate a pregnancy.”

The complaint further notes that the “DMHC is an arm of the State of California and purports to be interpreting and applying the law of California, a state that receives billions of taxpayer dollars…. California accepted those funds with full knowledge of the requirements of the Weldon Amendment, but it has chosen to ignore this law. The need to remedy this discrimination is urgent because it is immediately depriving Complainants of a health plan that omits elective abortions.”

The legal groups are requesting the Department of Health and Human Services to bring the state into compliance with federal law.