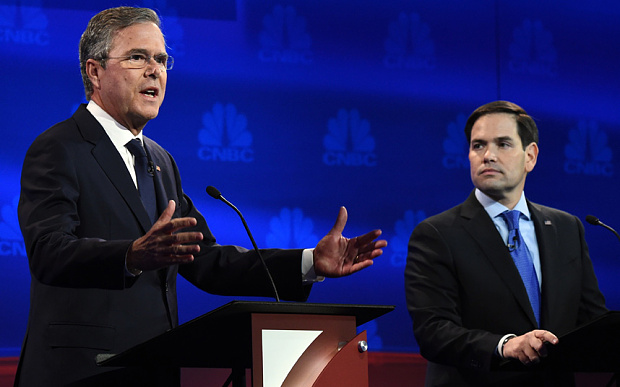 While New Jersey Governor Chris Christie drew pro-life criticism for referring to abortion as “an act of self-defense” in cases of rape during last week’s Republican primary debate, former Florida Governor Jeb Bush also raised eyebrows for making his own case for rape and incest exceptions.

Bush opened his answer by declaring himself to be “the most pro-life person” on the stage “because I’ve acted on it for eight years as governor of the state of Florida,” citing his role in enacting a parental notification law, “Choose Life” license plates to raise money for adoption, taxpayer support for crisis pregnancy centers, and stricter abortion clinic regulations.

“But,” he added, “I believe there should be exceptions: rape, incest and when the life of the mother is in danger. And so, that belief, and my consistency on this, makes me, I think, poised to be in the right place, the sweet spot for a Republican nominee.”

Bush concluded that “we have to be cognizant of the fact there’s a lot of people that are concerned about having a pro-life position without any exceptions.”

People who have been conceived in rape are every bit as human as you and me. They have the same intrinsic value as we do. They have the same dignity and infinite worth. These innocent children should not be punished for the sins of their father. These babies should not receive the death penalty for a crime they did not commit. The way they are conceived should not determine whether they live or die. If you are truly prolife, then you should defend their right to life. Until you do, stop giving yourself that title. You are not prolife. You are simply prochoice with exceptions.

In November, Bush disavowed an attack by the pro-Bush Right to Rise PAC on Marco Rubio for opposing rape and incest exceptions, simply stating, “I don’t think anybody should attack someone who’s pro-life.” The Weekly Standard’s John McCormack suggested Bush’s debate answer was a reversal from his past defense of Rubio, noting that the day before Bush called it a “tough sell to tell a pro-life mother – had her daughter been raped – that she would just have to accept that as a sad fact,” which “Marco will have to explain.”

“When Bush said in November that he didn’t ‘think anybody should be critical of someone who’s pro-life,'” McCormack quipped, “perhaps he simply forgot to add the words ‘until the Iowa caucuses are over.'”