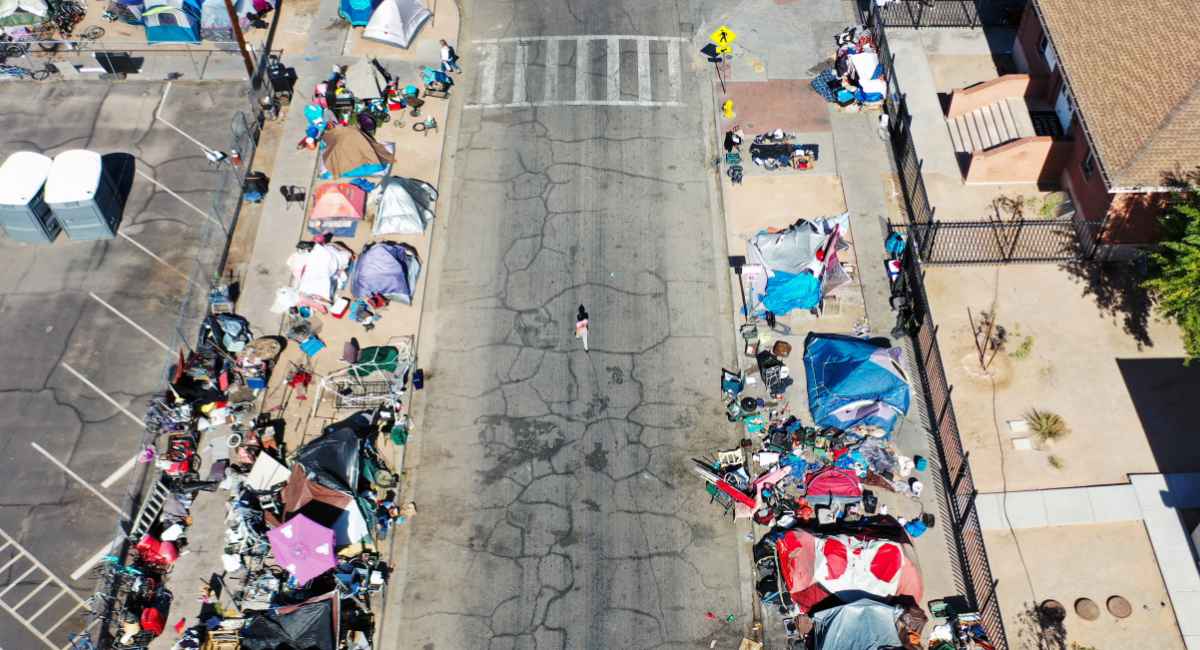 Police are investigating the discovery of the burned body of a deceased preborn child estimated to be between 20 and 24 weeks, found in a Phoenix homeless camp. A child of this age, born prematurely, would have had a chance of survival.

Around 1:00 am on November 12th, police responded to a call about an injured child in “The Zone,” the largest homeless encampment in the area of Phoenix, Arizona. The child was then pronounced dead by the Phoenix Fire Department.

“It’s utterly horrific,” Joel Coplin, who lives nearby, told 12News. “They thought it was a doll at first, but it wasn’t.”

After the police commotion, Coplin spoke to a neighbor, who said they watched someone light something on fire, and tried to intervene.

“[He told me] his fiancée came and was trying to put the fire out, and then he went to stomp on it to put it out and realized it was a baby in there,” Coplin said. “He saw the head, a perfectly shaped head, and little arms, hands, legs, chest. He grabbed his fiancée and turned away so she wouldn’t see it, and he was freaked out. He called 911.”

The Maricopa County Medical Examiner’s Office is currently trying to establish the cause of death, but Coplin called the horrific crime “unconscionable,” and said, “Something must be done so another life, no matter its age, isn’t lost.”

The Zone has long been a source of contention for Phoenix residents, who have complained of health and safety concerns within the encampment. Allegedly, The Zone has led to an increase in violence, like stabbings, rape, vandalism, and shootings. Anger has been directed towards city officials because they have been the ones directing individuals experiencing homelessness into The Zone, with police officers allegedly instructed not to intervene.

In 2021, 130 people died from heat-related incidents in The Zone. “People are literally dying,” Amy Schwabenlender, executive director of the Human Services Campus, said to 12News. “They’re dying more in the heat because it’s hot outside and they’re dying because they’ve been unhoused and it’s not healthy to not have a home. That is the fierce urgency of now for me and my team is that when we don’t do what we can, it literally affects people’s lives.”

The danger of living there is a sentiment Coplin himself echoed. “Anything can happen around here,’ he said. “We’re right down here in ‘The Zone,’ and anything and everything does happen.”

Phoenix police have asked anyone with any information about the discovery of the child’s remains to call 602-262-6151, or Silent Witness at 480-WITNESS.