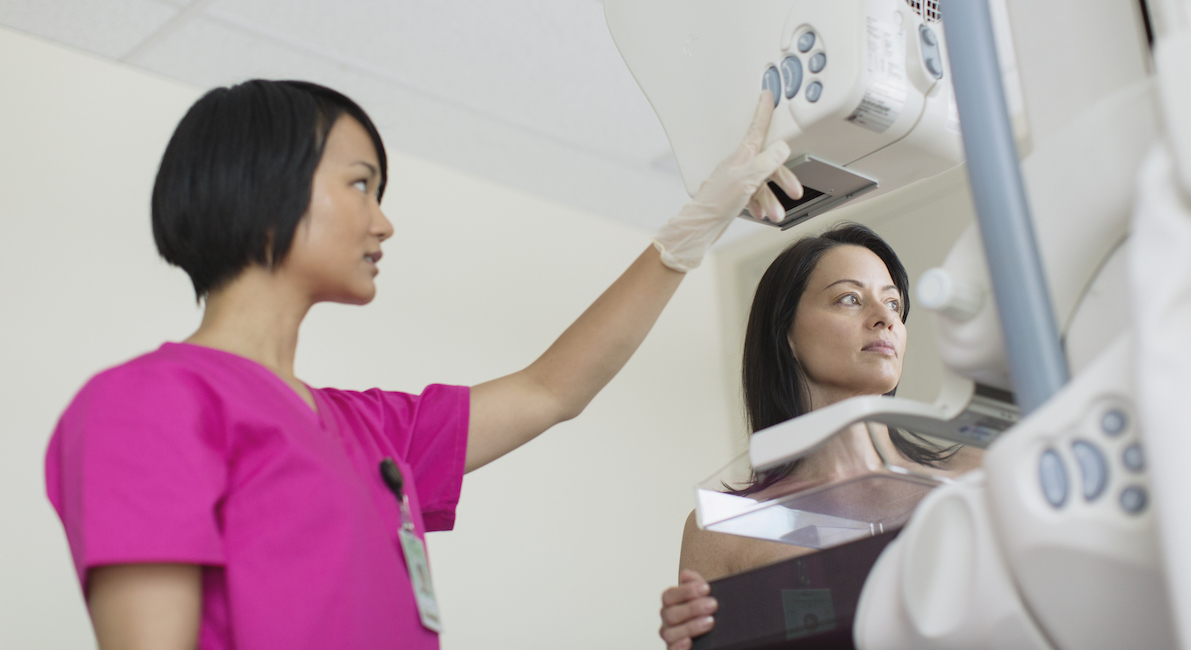 October is Breast Cancer Awareness Month and as people turn their lives pink in order to raise awareness for breast cancer, there’s one thing we should all remember: Planned Parenthood does not provide mammograms. While former President Cecile Richards pushed the lie that Planned Parenthood offers mammograms, there is not a single Planned Parenthood facility in the United States that is certified by the FDA to perform mammograms.

However, this myth persists. A Facebook user created this meme below, and then bullied the one person who dared speak the truth. While Planned Parenthood provides manual breast exams, it does not provide mammograms  — yet frequently, when the public thinks of breast cancer screenings, mammograms are what come to mind: 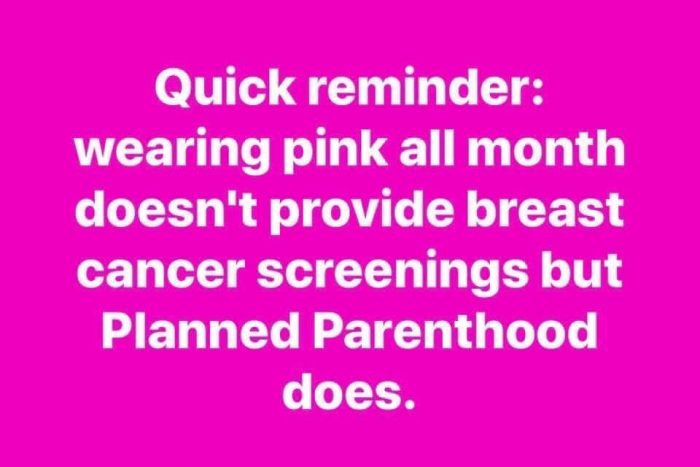 It’s true that wearing pink in support of Breast Cancer Awareness Month won’t cure breast cancer, but neither will Planned Parenthood. The difference is that the people wearing pink are showing support for the individuals they love who have fought breast cancer, as well as all the people who have been in that battle at any point in time. They are raising awareness in hopes of a cure. Planned Parenthood, on the other hand, fired its president Dr. Leana Wen for being more interested in offering health care for women instead of focusing on promoting abortion.

In 2011, a Live Action actor contacted 30 Planned Parenthood facilities in 27 different states to inquire about getting a mammogram. Every single facility told her that they do not provide the service, despite the fact that Richards led the public to believe that they do.

In 2015, Richards had to finally admit during congressional testimony that Planned Parenthood doesn’t offer mammogram services — however, she claimed that they had never said they did. But even former President Barack Obama was spreading the lie during the 2012 election and Miss America joined in the sham in 2015.

While there are Planned Parenthood locations that offer clinical breast exams, The American Cancer Society (ACS) no longer recommends a clinical breast exam as a cancer screening method for women in the United States. With the improvement in mammography and women’s awareness and response time to breast cancer symptoms, studies have shown that clinical breast exams don’t offer solid breast cancer detection when mammograms are available, according to the ACS. Breast self-exams are also no longer recommended as an option for women of any age. Women should watch for changes in their breasts and call the doctor if they notice any.

This October, don’t buy the lie that Planned Parenthood provides health care for women. What little care they do offer has been steadily declining as their number of abortions per year continues to climb. According to Planned Parenthood’s own annual reports, breast exams at their facilities dropped 65 percent from 2007 to 2017, down 851,232 to 296,310. Abortions, however, have increased by nine percent, rising from 305,310 to 332,757 between 2007 and 2017.

But with $45 million recently pledged to elect pro-abortion politicans in 2020 in order to ensure abortion remains legal, it’s clear that Planned Parenthood’s focus is not health care — and definitely not breast cancer.