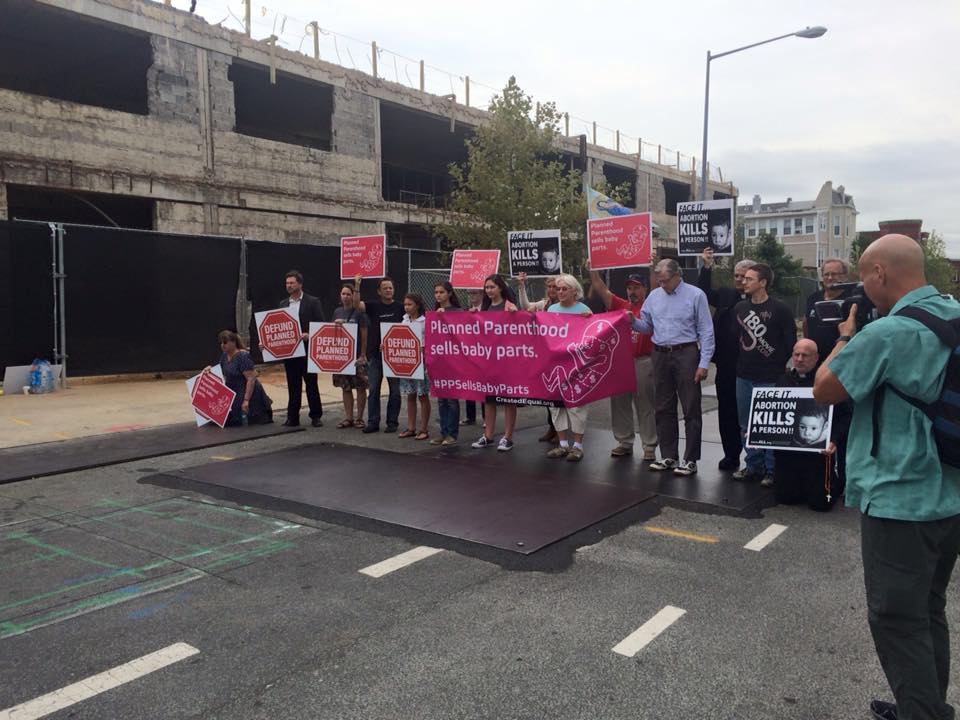 A group of pro-life activists blocked the site of a new Planned Parenthood center in Washington, D.C., this morning.

Pizzano Contractors, a company operated by a Catholic businessman, was hired for construction of the abortion center.

After arriving on scene today, Rev. Mahoney updated his supporters, writing on Facebook, “Already a major victory! Before our sit-in at Planned Parenthood in DC, they have stopped all work using heavy equipment! Thank God!”

A message on the group’s events page reads:

A generation ago, civil rights activists gathered as a bold and public witness to stand against the injustice of racism and segregation. They risked arrest at lunch counters, on buses and in the public square for peacefully embracing the eternal principles of justice for all.

Today, this generation, faces a similar challenge on the issue of abortion. How we can passively sit by while our brothers and sisters are being brutalized and women being diminished through the tragic act of violence?

Planned Parenthood has been under heavy scrutiny since mid-July, when undercover videos from The Center for Medical Progress revealed how the abortion giant engages in the harvesting and sales of body parts of the children they abort. Congress is currently considering whether to defund Planned Parenthood, which gets over $500 million tax dollars annually.

Abortion Free DC is also calling on Pope Francis to address the issue of abortion and Planned Parenthood when he speaks to a joint session of Congress on September 23.