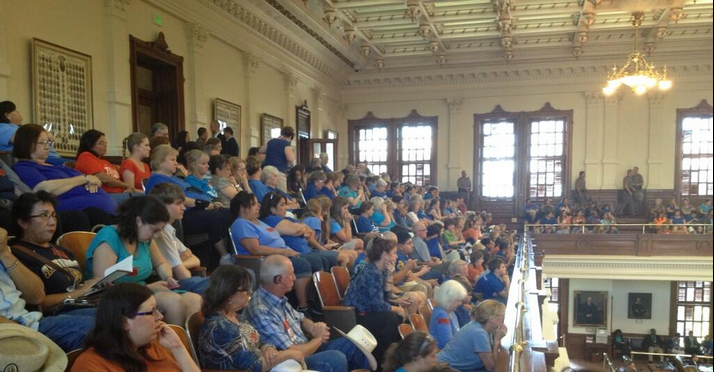 Abortion advocates are celebrating after a federal judge stopped one of the key portions of the Texas anti-abortion law, passed last summer. Judge Lee Yeakel claimed that the requirement for all abortion clinics to meet the standards of a surgical ambulatory center placed an unjustified obstacle to women’s “right” to abortion access.

A federal judge in Austin, Tex., blocked a stringent new rule on Friday that would have forced more than half of the state’s remaining abortion clinics to close, the latest in a string of court decisions that have at least temporarily kept abortion clinics across the South from being shuttered.

The Texas rule, requiring all abortion clinics to meet the building, equipment and staffing standards of hospital-style surgery centers, had been set to take effect on Monday. But in his opinion, Judge Lee Yeakel of the United States District Court in Austin said that the mandate placed unjustified obstacles on women’s access to abortion without providing significant medical benefits.

The rule “is unconstitutional because it imposes an undue burden on the right of women throughout Texas to seek a pre-viability abortion,” Judge Yeakel wrote.

Texas officials immediately vowed to appeal the decision, while abortion-rights advocates were elated.

“The state disagrees with the court’s ruling and will seek immediate relief from the Fifth Circuit,” said Lauren Bean, a spokeswoman for the Texas attorney general.

Abortion activists are already celebrating the news, even though this is a blow to the portion of the law that ensured safety for women. The pro-abortion lobby has steadfastly ignored that the reason so many clinics are now being forced to be held to higher standards is because the death of Karnamaya Mongar brought uncomfortable details about abortion clinics to light. The only clinics that will have to make changes are the ones who, for example, do not have hallways wide enough to fit a stretcher through. It’s a seemingly common sense regulation — ensuring that emergency medical technicians can get to patients quickly — yet for some reason, abortion advocates fight them.

But it’s pro-lifers who are anti-woman, right?

Hopefully, the Fifth Circuit Court will once again uphold this common-sense law that ensures the safety of women in Texas.