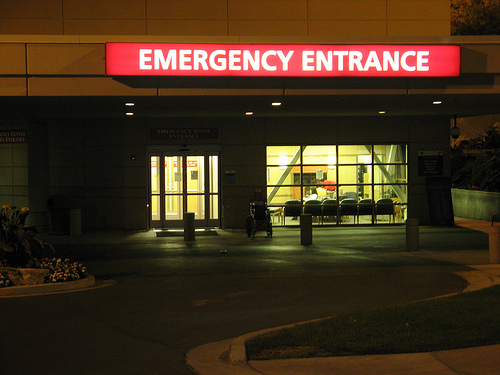 How many more tragedies need to happen before this man is stopped?

Operation Rescue has discovered that a 29-year-old woman has died following horrific injuries sustained during a 33-week abortion.

Early Thursday morning, the woman began suffering chest pain and other discomforts. Her attempts to reach Carhart were unsuccessful. The woman was taken by her family from her hotel to a nearby hospital emergency room at approximately 5:00 a.m. Efforts by hospital staff to contact Carhart or get informational assistance from the abortion clinic were unsuccessful.

The patient suffered massive internal bleeding into her abdominal cavity. She slipped into a Code Blue condition approximately six times before finally succumbing to her injuries at around 9:30 a.m. The case has been placed with the Medical Examiner for further investigation.

The fact that Dr. Carhart was unavailable not just to this woman’s family, but to hospital staff trying to save her life as well is chilling. It shows an unbelievable level of callous indifference to the welfare of his patients. But then, why should he care? He got his blood money. What happens after that doesn’t matter, clearly.

This is not the first patient whom Dr. Carhart has killed. Christin Gilbert died following a 28-week abortion. Christin had Down syndrome and had suffered sexual assault. According to her family, she was likely a victim of an illegal forced abortion. She suffered a tear in her uterus, after which Dr. Carhart administered a fatal dose of the abortion drug RU486. Although her condition was deteriorating, the abortionist sent her to a hotel room rather than to a hospital to be monitored. When she eventually was taken back to the clinic, fainting and unresponsive, the employees refused to give emergency dispatchers vital information about why an ambulance was needed. Christin was suffering from sepsis and was bleeding from multiple orifices. She died of her injuries. Dr. Carhart escaped unscathed, free to continue practicing medicine and free to harm more women.

And he is the man being acclaimed the the Sundance Film Festival. Far from being celebrated, he shouldn’t be free to practice medicine. How many tragedies need to happen before he is stopped?