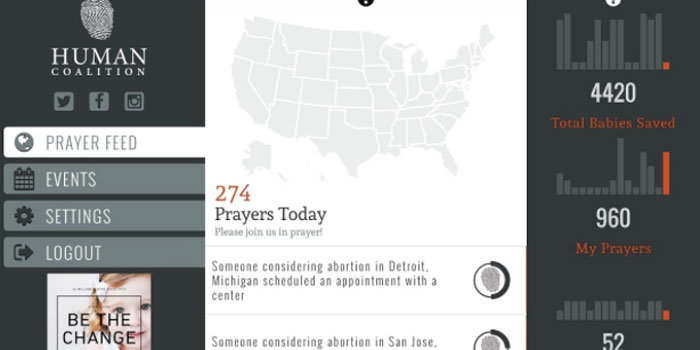 It now appears that Apple may be joining Twitter in caving to pro-abortion pressure, removing the pro-life app Human Coalition from its store. The app is still available on Android, and the pro-life organization believes Apple removed the app due to pushback from pro-abortion groups.

The innocuous app was designed to help people pray for women entering abortion facilities. Human Coalition describes it this way:

This innovative new app, available on Apple and Android platforms, takes the mission to end abortion in America to a new level. Harnessing the power of prayer and technology, the new app brings together praying people from across the country for one purpose: to pray for abortion-determined individuals as they walk through their life-decision process.

However, the app was mocked without mercy by two news outlets. Slate writer Christina Cauterucci wrote a sarcastic narrative last summer, insulting the app’s intended purpose as well as those who use it to pray to save babies from abortion. Although no one using the app knows the identity of the woman for whom they are praying, Cauterucci implies that the app violates privacy of abortion-minded women:

It’s also not clear whether Human Coalition is tracking which real women each app user has prayed for, then updating that user’s “babies saved” tally if those specific women choose not to terminate their pregnancies. That is what the app promises, though, making this app either a discomfiting invasion of privacy or a gigantic lie. 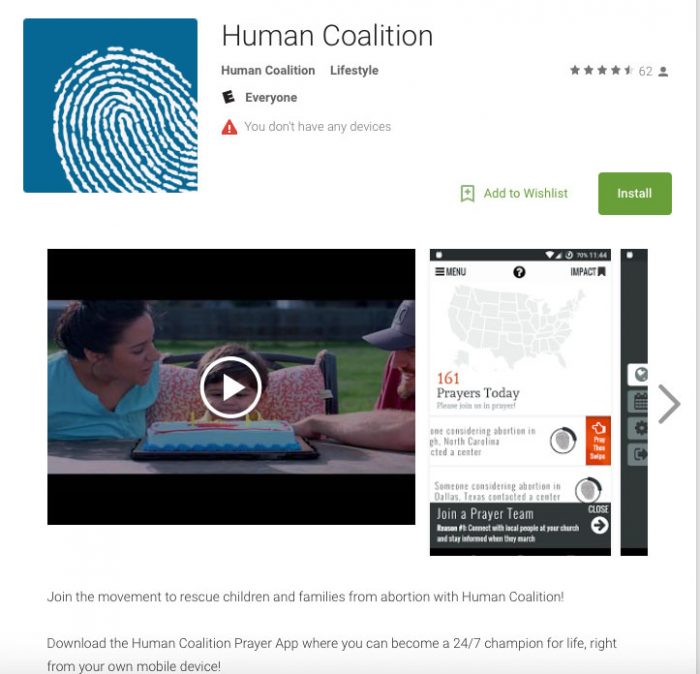 Despite the fact that there is no identification, these writers sounded a false alarm, then berated an app that exists solely to pray that babies’ lives are saved. Human Coalition is mystified as to the real reason Apple pulled the app, and told LifeNews that the trouble started after the negative pro-abortion media reports:

Apple was unable or unwilling to identify a specific improvement that, if completed, would merit the Human Coalition app’s reinstatement in the App Store. Instead, the effect of Apple’s requirements for modifying the app before it could be re-submitted for consideration would be that Human Coalition would have to completely overhaul of the app — a cost-prohibitive and unnecessary demand.

Just weeks after Apple removed our pro-life app from the App Store, abortion activists announced a targeted campaign aimed at stopping our pro-life work in the city of Atlanta. The Netroots Nations conference, with sponsorship from the abortion industry and major corporate backers including Google and Facebook, included in its agenda a protest of Human Coalition’s Atlanta clinic.

Censorship of pro-life voices is a growing trend in the United States. Pro-abortion media, for their part, have demonstrated time and again their willingness to reinforce bogus and false narratives about pro-life Americans, going so far as to try to bully pro-life voices into silence. Human Coalition will continue rescuing children from abortion and serving women and families until abortion is unthinkable and unavailable in our nation.

The app has not been pulled from Google Play, and Android users can still download it.