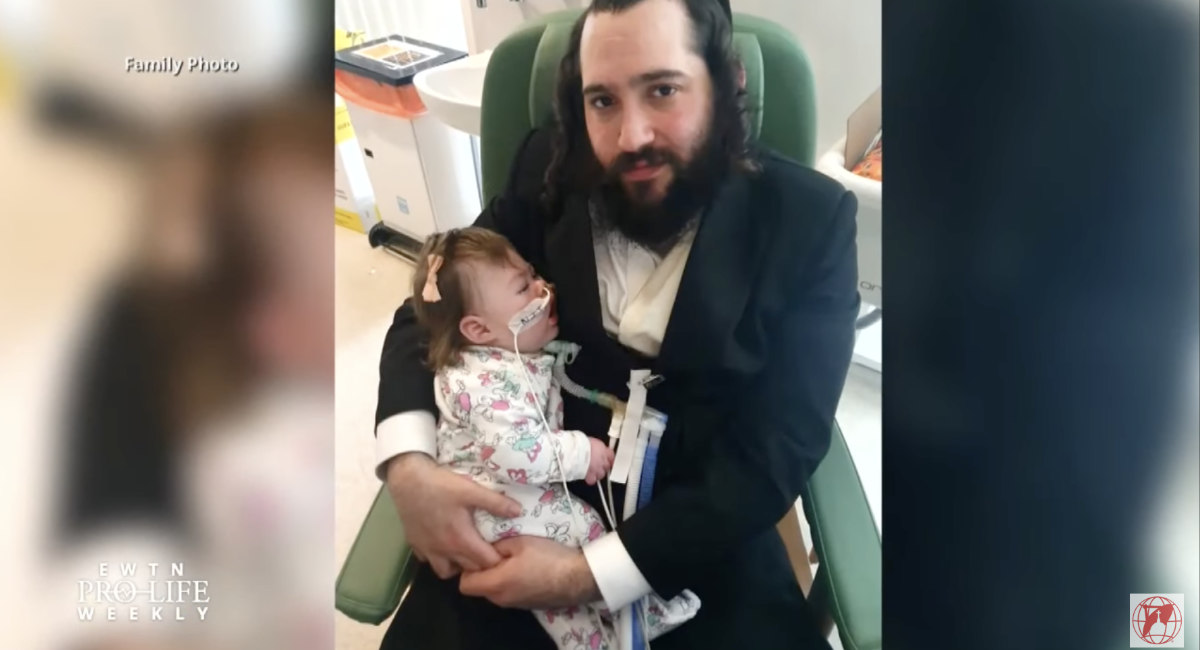 Two months after a European court ruled that Manchester University NHS could turn off her life support, two-year-old Alta Fixsler has died. Fixsler died on October 18 at a Manchester hospice just hours after she was removed from life support, according to the BBC.

Her father called Alta “our whole world,” adding, “She passed away in a hospice on Monday. I don’t know even how to explain how I am feeling. She fought for her life for three hours after the life support was turned off.” The little girl’s body will be buried in Jerusalem.

As previously reported by Live Action News, Fixsler was born eight weeks prematurely in December of 2018 and tragically sustained severe and permanent brain damage due to oxygen deprivation during the labor and delivery process. She spent all but the last few hours of her life in the neonatal intensive care unit at Royal Manchester Children’s Hospital, which is run by Manchester University NHS. She received mechanical ventilation or life support delivered through a tube in her throat, and nutrition through a tube into her stomach.

In May of this year her parents took legal action after Manchester University NHS indicated its intent to turn off her life support due to her medical team’s assessment that Fixsler was in constant pain, was not conscious of the world around her in any observable way, and furthermore “had no prospect for recovery.” Fixsler’s devout Hasidic Jewish parents rejected the removal of her life support. Both are Israeli citizens and her father is also an American citizen, and they sought to take their daughter to either Israel or the United States for a second opinion and exploration of other treatment options.

Medical facilities in both countries had agreed to accept a transfer, and transport to the Israel facility had been guaranteed at no cost to the family.

But in August, the Fixslers lost their last legal chance to prevent removal of their daughter’s life support when the European Court of Human Rights declined to take up Alta’s case after two United Kingdom High Court rulings sided with the hospital against the girl’s parents. On August 2, a spokesman for the Fixslers stated, “We are considering our next steps. The legal route has ended but it is still the case that an agreement could be reached.” Sadly, no such agreement took place.

Alta Fixsler’s death is reminiscent of other high-profile cases of seriously ill British children who died after they were taken off life support against the express wishes of their parents. Alfie Evans died in 2018 at the age of 23 months, and 11-month old Charlie Gard died in 2017.

All of these cases raise important questions about the extent to which hospitals and courts should be able to supersede parents’ natural and logical rights to care for and advocate for their own children.

The Fixsler family’s spokesman alluded to this concern in a prepared statement, noting, “Despite our best efforts and deep discussions to continue Alta’s critical care and give her the best possible quality of life, we are distraught at the decision taken by the court to end her life. We strongly believe that making life-changing decisions on behalf of children ought to be a parental right and it is important that we open up the debate around this. We call on the government to look at the current legislation and change it.”