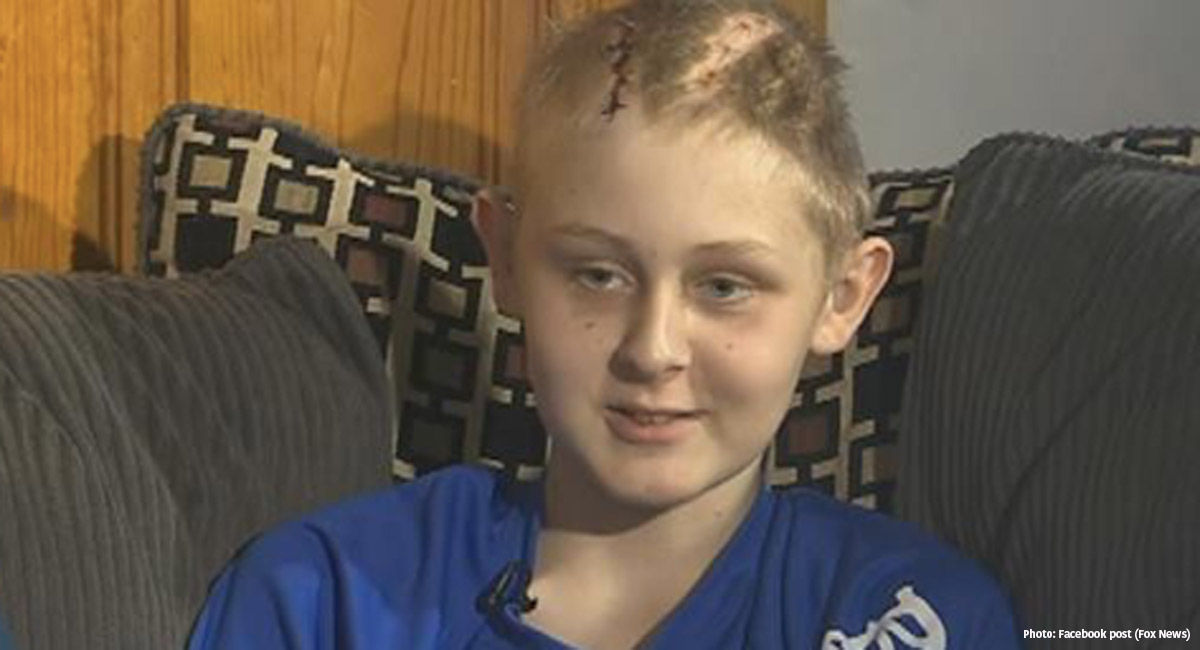 In 2018, 13-year-old Trenton McKinley fractured his skull in multiple places after the small trailer he was riding in flipped over and crushed his head on the concrete. For days, doctors said the teen was brain-dead and his parents went as far as to sign organ donation papers. Then Trenton woke up.

Trenton was riding in a trailer pulled by a friend in a dune buggy. When the friend hit the brakes, the trailer flipped. Trenton told WALA Fox 10 that he was able to push his friend’s four-year-old niece out of harm’s way, but was unable to save himself.

“I hit the concrete and the trailer landed on top of my head,” he told Fox 10. “After that, I don’t remember anything.”

Trenton was rushed to the hospital where doctors discovered he had seven skull fractures. He needed emergency surgery and was placed on life support.

“All I saw was a stretcher with his feet hanging out,” his mother Jennifer Reindl told Fox 10. “He was dead a total of 15 minutes. When he came back, they said he would never be normal again. They told me the oxidation [oxygen deprivation] problems would be so bad to his brain, that he would be a vegetable if he even made it.” 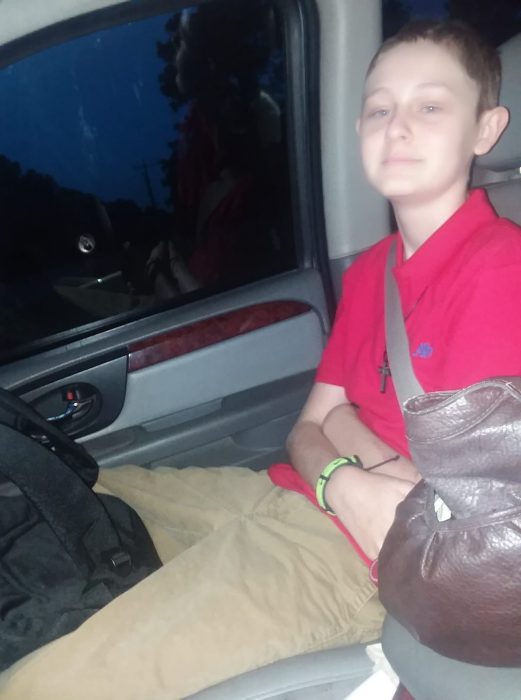 After about a week, doctors told Trenton’s parents that he was brain-dead and that he could be an organ donor for children who were matches to him. His parents agreed, knowing that he would want to help those children.

“They said the next time his heart stopped they had to let him die,” said his mother. “This was a Saturday or I could sign a paper to donate his organs to save five other kids and they would keep hitting him with adrenaline till Monday… so I signed it. His eyes were solid black and dry and I knew he would not hesitate to save 5 more lives.”

But then, the day before doctors were going to turn off life support, Trenton began moving his hands and feet. When he woke up, he said he saw Heaven.

READ: Miracle baby born after father sustains the life of his brain-dead wife

“So they looked at his eyes and they were back. He had blue eyes,” said his mother. “Now they are green with small white specks like glitter. They say when you look upon God… pigment changes… and my baby was in heaven for a whole day… he is a miracle.”

Now, a year later, Trenton has had multiple brain surgeries, has been living without a portion of his skull, and has fought his way through physical therapy to exceed the doctors’ expectations.

“He is doing better and getting stronger every day by the grace of God,” his mother wrote on Facebook in December 2018. “We have been through so much in just a short year but this holiday season I can’t help but get a little emotional realizing how much my sweet babies mean to me and how fast things can change.”

While he still struggles with nerve pain and daily seizures and has dealt with emergency trips to the hospital, he is proving to be a fighter with a sense of humor.

“I said I could turn sideways and put salsa in there and eat chips and dip out of my head. No more washing dishes for me,” he said with a laugh in reference to the dent in his head.

Even Franklin Graham took time to share Trenton’s miraculous story, saying, “Trenton nailed it – he said, ‘There’s no other explanation but God. There’s no other way…’ The Bible says, ‘I am the Lord, the God of all mankind. Is anything too hard for me?’ (Jeremiah 32:27) Let’s thank Him fo working in Trenton’s life.”