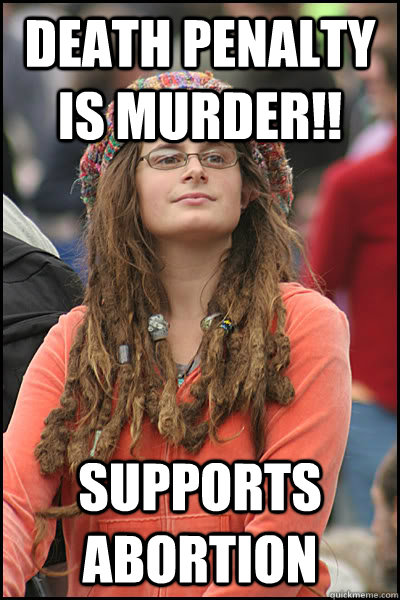 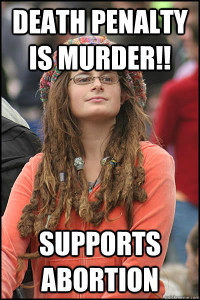 On April 29, the state of Oklahoma put Clayton Lockett to death for the brutal 1999 murder of 18-year-old Stephanie Neiman. The past week has seen a flood of outraged headlines about authorities “botching” the execution, which have renewed calls to abolish capital punishment.

Neiman was dropping off a friend to visit Bobby Bornt, who was being robbed and beaten by Lockett and two accomplices. They kidnapped both girls, Bornt, and Bornt’s infant son, raped Neiman’s friend, beat Neiman, and bound her with duct tape. They drove to a county road, and to keep her quiet, Lockett shot her and ordered one of his accomplices to bury her alive. Reportedly, the men “could be heard ‘laughing about how tough Stephanie was’ before Lockett shot Neiman a second time.”

Such pure, sadistic evil won Lockett the needle, but rather than the relatively quick, painless death the law calls for, the new drugs injected into Lockett instead took 43 minutes to finish the job and then only after consciousness, convulsions, and eventually an apparent “massive heart attack.”

According to many, this is a golden example of why America needs to do away with the death penalty once and for all. President Barack Obama found it “deeply troubling” and warranting “some difficult and profound questions.” The New York Times declared that “the American administration of death does not function” and threatens our country with “moral diminishment.” The United Nations said it “simply reinforces the argument” that America needs to “work for abolition of this cruel and inhuman practice.” Amnesty International lamented that “the ugly history of US executions has continued well into the 21st century.”

To be sure, somebody in Oklahoma’s government needs to be punished. And there are powerful arguments to be made that, even if Lockett never felt a thing, the state should never kill anyone who will remain safely behind bars for the rest of his days. Commentator S.E. Cupp makes several of them here.

Unfortunately, too many of these bricks are being thrown from blood-stained glass houses. Unlike Cupp, who defends the dignity of human life consistently for all human beings, capital punishment’s most vocal critics tend to unconditionally and venomously support an infinitely worse form of state-sanctioned killing.

Obama, the Times, the UN, Amnesty International, and scores of other liberals who are aghast at executing monstrous criminals openly champion the legal power to unilaterally execute one’s innocent son or daughter in the womb—without the trial, jury, legal defense, appeals process, or restrictions on painful methods we grant murderers, rapists, and torturers.

Since the Supreme Court reinstated capital punishment in 1976, a total of 1,348 people have been put to death in the United States. But legal abortion doubles that number—an approximate 3,562—in a single day.

Nearly four decades versus half a day. Take a moment to let that sink in. Then ask how anyone could get the moral calculus so spectacularly backwards. What makes an unrepentant murderer’s death more objectionable, more urgent, more gut-wrenching, than an innocent baby’s?

We could concede that executing a convicted killer is just as wrong as aborting a fetus—heck, we could even assume for the sake of argument that every single executed convict was wrongly convicted—and capital punishment would still be a speck of dust compared to the 56-million-plus mountain of death that is abortion-on-demand.

Of course, if we’re being honest we have to admit that the unborn baby and the death row inmate are not equally deserving of our sympathy. The baby hasn’t killed, raped, beaten, molested, disfigured, or tortured anyone. The baby is only a “problem” for his or her mother because, in the vast majority of cases, the mother herself put the baby there, and had it fully within her power to avoid doing so.

The baby’s only “crime” is the wholly-involuntary act of existing, and if he or she happens to be implanted in the womb of someone who wants him or her dead, there is absolutely nothing the baby can do about it—by contrast, the secret trick to avoiding capital punishment is simply to not do horrible things to anyone.

Yes, it’s true that many unborn babies don’t experience pain when aborted, but that’s not a very compelling distinction coming from those who dismiss and lie about the babies that do, and who typically don’t support painless capital punishment anyway.

Those who think it’s okay to execute babies but not rapists might reply by citing awareness as the key difference, but here’s a simple way to test whether they really believe it: ask whether they’d be okay with a system in which capital murder convicts are told they’re getting life in prison, and then are unknowingly euthanized in their sleep. If they (quite understandably) recoil at the suggestion, then you know they don’t really believe awareness of one’s impending demise is the deciding variable.

Let’s cut to the chase: unless you have the integrity to include the unborn in your aversion to state-sanctioned killing, if you can muster tears and fury for death row but none for death Roe, then frankly, you don’t have the moral standing to lecture anyone about capital punishment. How dare you lecture us about compassion and justice while denying them to a vastly greater number of our own children? How dare you pontificate on the sorry condition of America’s conscience while you’re complicit in debasing it?

As I’ve mentioned previously, I’m ambivalent about capital punishment. I believe society should err against killing whenever the lives of others aren’t at stake, and I’m not convinced its deterrent potential meets that standard. But do you know what keeps me from fully identifying with the death penalty abolitionists? The stench of insincerity and hypocrisy wafting through their ranks.