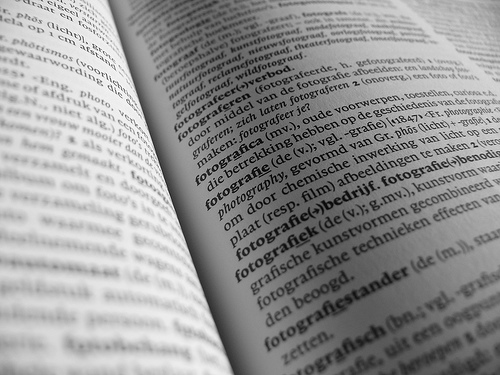 While looking up the history of the Born-Alive Infants Protection Act, which just passed its tenth anniversary of being signed into law, I came across a letter posted on the National Right to Life’s website. This is a letter that was written to the Associated Press after the approval of the Born-Alive Infants Protection Act by the U.S. House.  The focus of the letter was issue of labeling a child born alive. 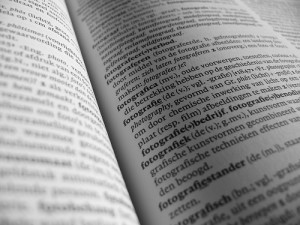 The fight to define words. (Photo credit: fijneman on Flickr)

I wrote last week about the use of words to dehumanize the pro-life issue – people who would rather call an unborn child a “fetus” or “tissue.” At that time, I did not think that people would argue that the term “fetus” could be extended to include a child after birth. But the Associated Press did just that.

After approval of the bill by the House, the Associated Press reported, “A fetus outside a woman’s body that has a heartbeat or is breathing on its own would be considered ‘born alive’ and given legal protection under a bill approved by the House.”

Seventeen members of the United States House of Representatives wrote a letter to the Associated Press asking for an explanation for the use of the term “fetus,” and even included the dictionary definition which clearly stated that the classification ends at “the moment of birth.” The letter stated that “using the term ‘fetus’ to describe a born child seems so clearly inaccurate medically and scientifically” and asked for an explanation as to the word choice.

In a press release, the National Right to Life explained:

Sometimes induction of labor is used as a method of abortion, and sometimes this results in a live birth.  This is sometimes referred to as a “live birth abortion.”  On occasion, other abortion methods also result in live births.  But a premature infant is a premature infant – and a legally protected person – regardless of how he or she reached that state.

The question was posed: under the use of the word as understood by the Associated Press, at what point would a child who survived an abortion actually be considered a person instead of a fetus? If not after he or she is born, then when?

While I don’t think that an unborn child should be dehumanized by being referred to as a fetus, it is most certainly not an appropriate word for a child who has already been born. Who would have thought there would even need to be a discussion about whether a child born alive could be classified as a child? It just goes to show the bias in the media and fact that fighting for the life of the unborn is an uphill battle. Somehow I do not think in the last ten years that the media has gotten any less biased.