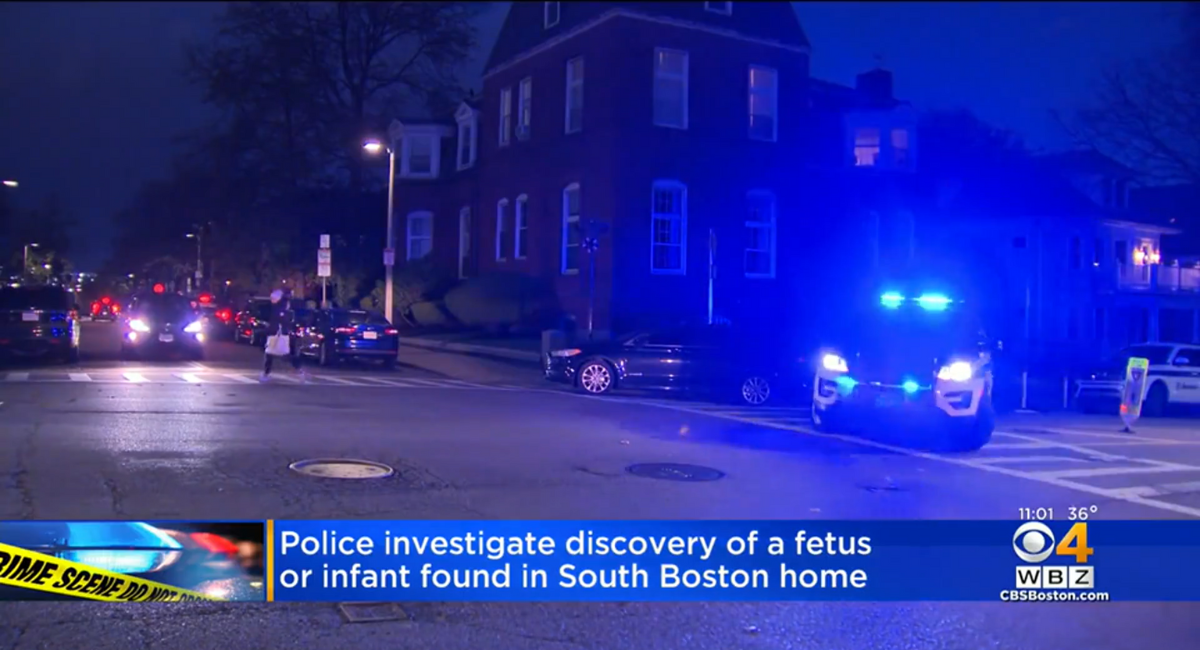 Police are investigating after the remains of several children who appeared to be either fetuses or infants were found in a freezer in a Boston apartment.

According to CBS News, police received a 911 call at 838 East Broadway. What prompted the call is not known at this time, but Boston police responded with homicide detectives to the scene. The medical examiner was then seen taking a small box out of the unit, which was said to be the body of a deceased child, either preborn or newborn.

NBC10 Boston obtained the 911 call, though it is not known who made the call or how that person came to know about the remains. “Can you take a ride up to 838 East Broadway?” a 911 dispatcher said. “Meet a caller up in apartment three. I don’t know if you want to check out that text there… she claims she found possibly a fetus in the freezer.”

A different woman on another recording added, “Can we start detectives and the p.s.? It looks like there’s a frozen baby.”

“It’s just really awful to think about and to just know that that was kind of right next-door, definitely very like chilling and haunting to see,” Katie Reilly, who lives in the neighborhood, told CBS News.

Breaking: authorities are investigating the discovery of a dead fetus in the freezer of this apartment on East Broadway. The Suffolk DA confirms this is a death investigation. #wcvb https://t.co/VEnOxPaJBp

But the horror was only to grow. As police continued to investigate, more bodies were found. Four boxes, all the size of a shoebox and wrapped in foil, were discovered; when one of the boxes was opened, another body was found. All of the boxes were then taken to the medical examiner’s office; it has not yet been announced if they also contained fetal remains.

CBS News, in a follow-up report, said it is not known how long the remains have been there. “It’s horrible,” one man, whose name was not given, said. “I don’t understand how anybody could do that to any child or any baby at any stage in their life.”