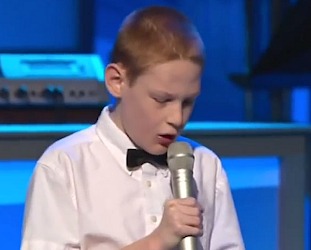 There are many people who think babies like Christopher are better off not being born. There are those who believe that, because of the presence of drugs and deterioration in a woman’s body, her child must be non-viable and unworthy of saving. There are many who believe that depriving children like him of the chance to live –no matter how briefly– is merciful. This little boy stands in the face of those ideologies as a bold witness to their falsehood.

Meet Christopher Duffley. He was born in 2001 to a mother who was addicted to the drugs Oxycontin and cocaine during her pregnancy. As a result of his mother’s unhealthy behaviors, Christopher is blind and autistic. His uncle, who is also his adoptive father, adopted him from the foster care system when Christopher was 1 year old. Moved with emotion and love for his son, it would clearly be impossible to persuade Christopher’s father that Christopher would be better off had he never existed.

One of Christopher’s greatest interests is music. Although he is blind, Christopher sings a song asking God to be able to see him; it may not be unrealistic to believe that Christopher has a better view of God despite his physical blindness than most of us do. Watch the little boy’s touching performance below.