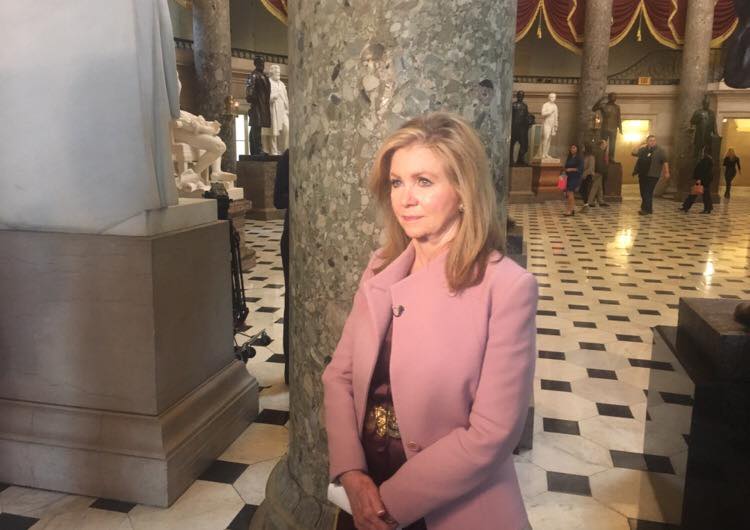 On the night before her Born-Alive Abortion Survivors Protection Act will face a vote on the floor of the U.S. Congress, Congressman Marsha Blackburn (R-TN) is feeling humbled that her work for the cause of life continues to make waves. She will rise in the morning, ready to fight for the children born alive after abortions, known to the world as abortion survivors.

As Chairman of the Select Investigative Panel for Infant Lives, Blackburn led the charge in 2016 to investigate abortion facilities and fetal body sellers around the nation. Her Panel’s work resulted in 11 state-based criminal referrals and four federal criminal referrals.

In late 2017, the Department of Justice announced it would take up all the federal referrals produced by Blackburn’s Panel, and the FBI announced its investigation of both the federal and state referrals. Across the nation, the abortion industry is being investigated for criminal activity. Congressman Blackburn shared that, after issuing 40 subpoenas, her Panel saw activity at big abortion clinics — and specifically at Planned Parenthood — that was legally questionable and deserving of criminal investigation.

Blackburn describes the fact that Planned Parenthood, other big abortion entities, and third-party body sellers are now “facing a criminal investigation” as “such a win for life.” “When talking to my constituents about the sale of baby body parts, they couldn’t believe that something like that would happen in the 21st century. It is sickening,” the Congressman wrote on Facebook.

But talking about the sickening reality has never been enough for Blackburn. To continue winning for life, she knows that now is not the time to let up. In 2002, the first version of the Born-Alive Infants Protection Act was passed and signed into law by President George W. Bush. But tomorrow, Blackburn and her colleagues will build on that work with the likely passage of her Born-Alive Abortion Survivors Protection Act.

Blackburn describes how her bill would protect babies and mothers in greater ways:

What this does is to put in place criminal penalties that will be there to punish these abortionists, and it will protect these mothers and these babies that survive these abortions and what it will do is require these health care professionals to provide that standard of care that any baby would get at birth.

Congressman Blackburn’s bill puts necessary teeth into the current born alive federal law, and ensures that abortionists can be held accountable when they kill tiny abortion survivors. Blackburn explained that one of her main motivations for adding the criminal penalties and protection for the mother into the Born-Alive Act was the facts that came to light after the Kermit Gosnell trial. Gosnell was a Pennsylvania abortionist who was charged in a criminal trial after a woman died at his clinic. It was revealed that multiple infants had survived his abortions and were born alive, only to suffer vicious deaths outside the womb at Gosnell’s hands.

Kermit Gosnell committed abortions on minorities, immigrants, and poor women in a “house of horrors” abortion facility. Babies at his facility were born alive and then killed with scissors. He was convicted of three counts of first-degree murder.

Gosnell was convicted of three first-degree murders of infants, but there were many others. Blackburn recalled: “There was one of the assistants that said there could have been as many as 100 babies that had survived and were killed over the years.”

In memory of these 100 babies, and the others who continue to die at the hands of abortionists around the nation, Blackburn is bringing her bill tomorrow morning. She says, “These babies, when they survive that abortion…that life deserves to be respected. These precious, vulnerable babies deserve to have the standard of care that any other baby would receive.”

Congressman Blackburn does not take her role in protecting life lightly. She describes it as “an honor, a blessing” and “very humbling.” The right to life “is a fundamental right, not a talking point,” she says. The Congressman’s bold actions illustrate that, for her, words are not enough when it comes to protecting children.