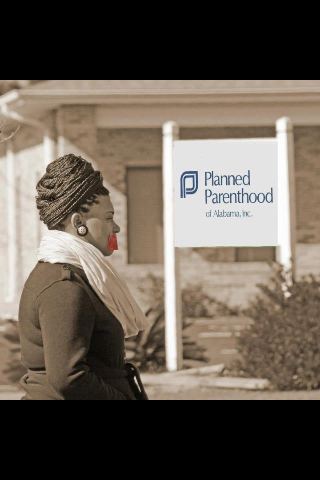 One’s dignity may be assaulted, vandalized, cruelly mocked, but it can never be taken away unless it is surrendered.

I enjoy studying history, particularly the history of blacks in America. My bookshelves hold the stories of Fredrick Douglass, Sojourner Truth, Harriet Tubman, and their peers. I honor the work of their white counterparts who stood with them in the trenches: the abolitionist writer William Lloyd Garrison, the influential Tappan brothers, and Harriet Beecher Stowe. They held to the truth that “all men are created equal” and are therefore deserving of life, liberty, and the pursuit of happiness. Not willing to deny this creed in times of moral depravity, they separated themselves from the masses and stood for righteousness. What was their cause? It was a fight for human dignity. These emboldened speakers stood before presidents and paupers declaring all mankind worthy of respect.

As a girl growing up in a diverse New England school, I latched onto these concepts. My teachers opened the books, and I beheld fires burning on the hearts of those who went before me. I was mesmerized by the light and captivated by the heat of their passion. Other students may have viewed our history lessons as one tumultuous battle after another. I saw our stories as a beautiful tapestry woven together by a Sovereign God.

I was inspired by the faith of my people and the unrelenting drive that caused us to overcome. Trials clipped our wings, but like a bird full of colorful plumage, we soared. Rise we did, as Maya Angelou prophesied. We refused to let our wounds define us or stay bound to the accusations hurled against our ancestors. Some portrayed us as unintelligent, boorish primates, using rudimentary caricatures. Other mocked us as slaphappy goons, feasting on watermelon and shuffling our feet to entertain the elite. Yet before our bronzed feet were shackled, we wore crowns. We are a dignified people, marked by pain but poised for triumph.

During Black History Month, we take time to remember the past. Yet as we glance back, we must also pause to ponder the present. What are the current pressing struggles of our people? What hinders our freedom and destroys us in this day?

In my twenties, I was focused on pursuing an education and changing the world. Then the words from a single conversation pierced my soul. The hesitant confession of my mother shook the foundations under my feet. My mother admitted to scheduling an abortion for me. She could barely tell me for the guilt that stained her heart. The words came slowly, with apologies and fears that I would think differently of her. How could I? I was numbed by the realization that I had survived.

I begin to research the issue of abortion. I learned that the procedure that almost destroyed me was part of a billion-dollar global business. I discovered the numbers: over fifty-six million unborn children dead in my nation. As for my people, the facts floored me. Black women are three times more likely to abort than those of any other race. Black teenage abortion rates are more than double the national average. Around one thousand more black children are dead every day from abortion. Sixteen million black children have been killed since 1973 in the U.S. alone. Forty percent of black pregnancies end in abortion. Abortion is the leading cause of death in black America.

This is the sobering reality of which I’m now aware. I imagined us as people making valiant steps of progress, but now I see the bounty placed on our heads and the price associated with our mass murder. “Nonsense,” people told me. “Blacks are succeeding in ways our ancestors never dreamed of. We have a black president in the White House and African-American leaders in every sphere of society. Abortion is one issue among many, but we have greater problems.” I once thought that way. Now I find it impossible to be silent when the number of black children aborted in New York outweighs live births. What issue can be more important than our survival? We’re decreasing at an increasing rate, and most in our community are completely ignorant.