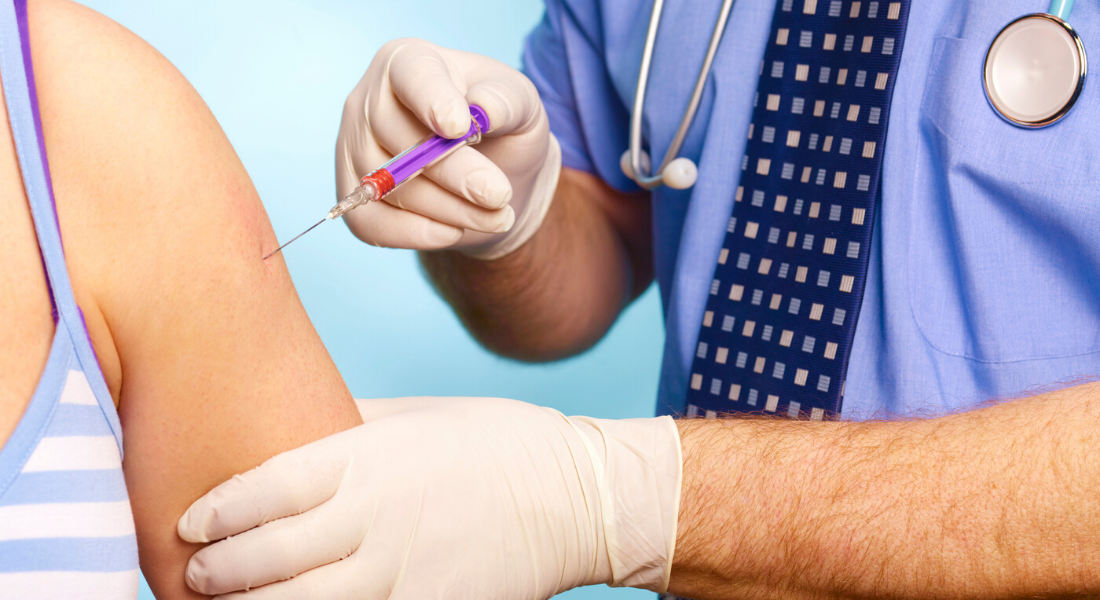 Birth control is touted as one of the greatest medical advancements ever made for women, allowing them to take charge of their sexuality without worrying about unplanned pregnancies — or so the narrative goes, anyway. But birth control has risks that go along with it, and those who use it should weigh those risks before taking it. Unfortunately, many women aren’t properly informed of the risks beforehand. For certain kinds of birth control, those risks include an increased susceptibility to getting a sexually transmitted disease (STD).

Depo Provera is a birth control injection given four times a year, and is intended for women who don’t want to take a pill every day. It works by suppressing ovulation — preventing ovaries from releasing an egg — and thickening cervical mucus, so that sperm are less likely to reach an egg, should one be released.

However, Depo Provera has been found to possibly increase the chances of contracting chlamydia, gonorrhea, and HIV. It’s not clear why this happens, but it should serve as a warning to women who choose Depo Provera. “These findings underscore the need to counsel all sexually active women who use DMPA and who are not in a mutually monogamous relationship to use condoms consistently and correctly,” Dr. Charles Morrison, the first author of one of the studies that found this increased risk, said in a press release. “For sexually active women not in a mutually monogamous relationship, limiting the number of partners may also help to reduce the risk.”

It should be noted that limiting one’s number of sexual partners always reduces one’s risk of getting an STD.

IUDs have become popular in recent years, as they’ve allegedly become safer (although there are still plenty of horror stories) than in past decades. The copper IUD is considered a non-hormonal contraceptive device, and works by triggering an inflammatory reaction from the copper wire coiled around the device. The copper is toxic to both sperm and eggs. It can be left in place for up to 10 years, and can be removed at any time, making it seem like a very attractive option for women.

Yet there are questions being raised about whether it may make women more susceptible to contracting STDs. KQED noted that along with the rise of IUDs in California, STDs — including chlamydia, gonorrhea and syphilis — also drastically skyrocketed, and the “why” behind this is still unclear. “These are things that are happening at the same time and in tandem, but we can’t necessarily say there’s causality between them,” Stephanie Arnold Pang, director of policy and government relations at the National Coalition of STD Directors, told KQED.

Meanwhile, a medical paper posited that a potential risk might exist between using copper IUDs and HIV, specifically in women who have copper sensitivity. It’s because in these women, the copper IUD causes severe dermatitis; this, along with the excessive menstrual bleeding women sometimes experience, could put them at higher risk. Other studies, however, found no difference in HIV risk between copper IUDs and hormonal IUDs.

The birth control pill, or oral contraceptives, was the first modern birth control method created. It works by preventing a woman’s egg from fully developing each month, and therefore, unable to accept sperm and become fertilized. The pill also thickens cervical mucus, making it more difficult for sperm to reach any egg that might be released. However, birth control pills are notorious for their side effects. One of the lesser known side effects is an increased chance of STDs.

The Guttmacher Institute, the former research arm of Planned Parenthood, published a study showing that women who used oral contraceptives were more likely to get chlamydia and vaginal candidiasis, compared to women who don’t use them.

Women should be aware that there are effective, risk-free natural methods available for them, should they choose to forgo artificial birth control methods. Women deserve to know what they’re risking before they take birth control, whether it’s an increase risk of pulmonary embolism or STDs. True empowerment comes when women are given all the information they need beforehand so they can make informed decisions.