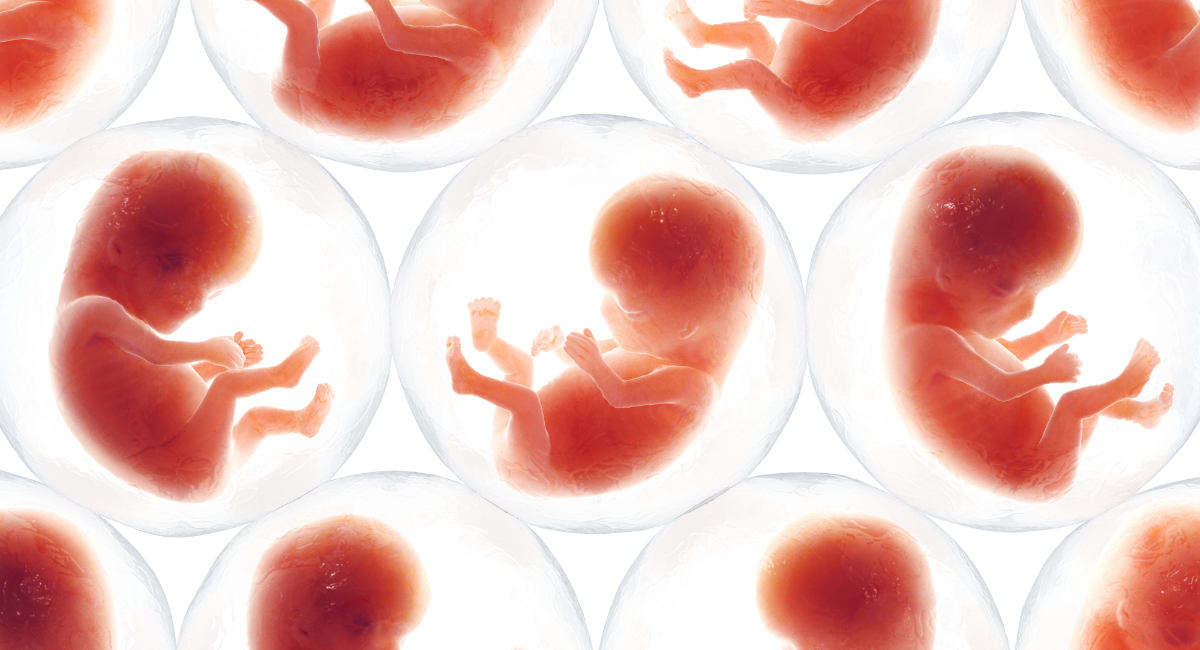 A biotech firm has created mouse embryos using only stem cells and has kept them alive long enough (with the use of an artificial womb) for them to develop beating hearts, blood flow, and cerebral folds of the brain. Now they want to begin making human embryos — essentially creating clones who would be harvested for body parts to serve as a sort of macabre ‘fountain of youth’ for adults.

Jacob Hanna, a researcher at the Weizmann Institute of Science in Rehovot, Israel, is the founder of Renewal Bio, whose mission is to reverse “declining birth rates and fast aging populations” and claims to be “renewing humanity — making all of us young and healthy.” According to the website, Renewal Bio wants “to make humanity younger and healthier by leveraging the power of the new stem cell technology.”

The idea is that people could clone themselves as embryos from their own stem cells in order to fight aging, disease, or even infertility.

Placing stem cells in special containers, researchers found that they spontaneously joined together to try to assemble an embryo. They produced embryoids, blastoids, and embryo models. Hanna and other researchers insist that these embryos are “synthetic,” and are not “real” embryos because they cannot continue to develop — but that is only because the system to help them develop further doesn’t exist (yet). Hanna admits, however, that they are “95% similar to normal mouse embryos.”

Dr. David Prentice, Ph.D. from the Charlotte Lozier Institute told Live Action News that the organization has been tracking this research. He explained, “[T]hey like to use the term ‘synthetic,’ but it’s a dodge because they still want to play with embryos, so it’s just distracting you with the terminology. The technique may be artificial or synthetic, but what’s made — with beating hearts, nervous system, limbs, organs — is the real thing.”

The goal of the research is to now create embryo-stage versions of people in order to harvest tissue to be used in transplant treatments meant to lengthen a person’s life and health. Hanna told MIT Technology Review that he has already begun using human cells in hopes of creating embryos as old as 50 days (over 7 weeks — nearly two months old).

According to the Endowment for Human Development, at approximately 49-52 days, an embryo has more elongated fingers, can hiccup, rotate her head, has a heart with four chambers, and has a heart rate of up to 170 beats per minute. She can move her hands, and brain wave activity has begun.

This is the stage where Hanna wants to grow embryos to because “[It’s] the best entity to make organs and proper tissue.” Those organs and tissue would then be harvested and transferred to an elderly person as a sort of ‘reboot’ to their immune system or used to treat women with age-related infertility, explained MIT Technology Review. Embryonic copies of a woman could be grown so that their ovaries could be harvested and transplanted to help her produce eggs.

“In Israel and many other countries, such as the US and the UK, it is legal and we have ethical approval to do this with human-induced pluripotent stem cells,” Hanna said. He considers this to be “an ethical and technical alternative to the use of embryos.”

Omri Amirav-Drory, a partner at venture firm NFX who is acting as CEO of Renewal Bio, said of the new technology, “We think it can be a massive, transformative platform technology that can be applied to both fertility and longevity.”

As Hanna moves forward creating human embryos, he will be using his own blood or skin cells, which MIT Technology notes would mean that the lab could be full of “hundreds or thousands of tiny mini-mes — all genetic clones of himself.”

Renewal Bio is not alone

Hanna is not alone in his efforts and desires to create human embryos using stem cells rather than sperm and egg. At the University of Cambridge, a team of researchers led by Magdalena Zernicka-Goetz used three types of stem cells found in early development. As reported by SciTechDaily, “By guiding the three types of stem cells found in early mammalian development to the point where they start interacting, the researchers mimicked natural processes in the lab. The scientists were able to get the stem cells to ‘talk’ to each other by inducing the expression of a particular set of genes and establishing a unique environment for their interactions.”

As with Hanna’s experiments, the stem cells organized into structures that developed until they had beating hearts and entire brains. The goal of Zernicka-Goetz’s research is to learn why some babies are miscarried and others aren’t.

“The stem cell embryo model is important because it gives us accessibility to the developing structure at a stage that is normally hidden from us due to the implantation of the tiny embryo into the mother’s womb,” said Zernicka-Goetz. “This accessibility allows us to manipulate genes to understand their developmental roles in a model experimental system.”

The Cambridge researchers also share the same ultimate and immoral goal as Hanna — to create human embryos from which to harvest body parts.

“Remarkably, we show that embryonic stem cells generate whole synthetic embryos, meaning this includes the placenta and yolk sac surrounding the embryo,” Hanna told the Guardian. “We are truly excited about this work and its implications.”