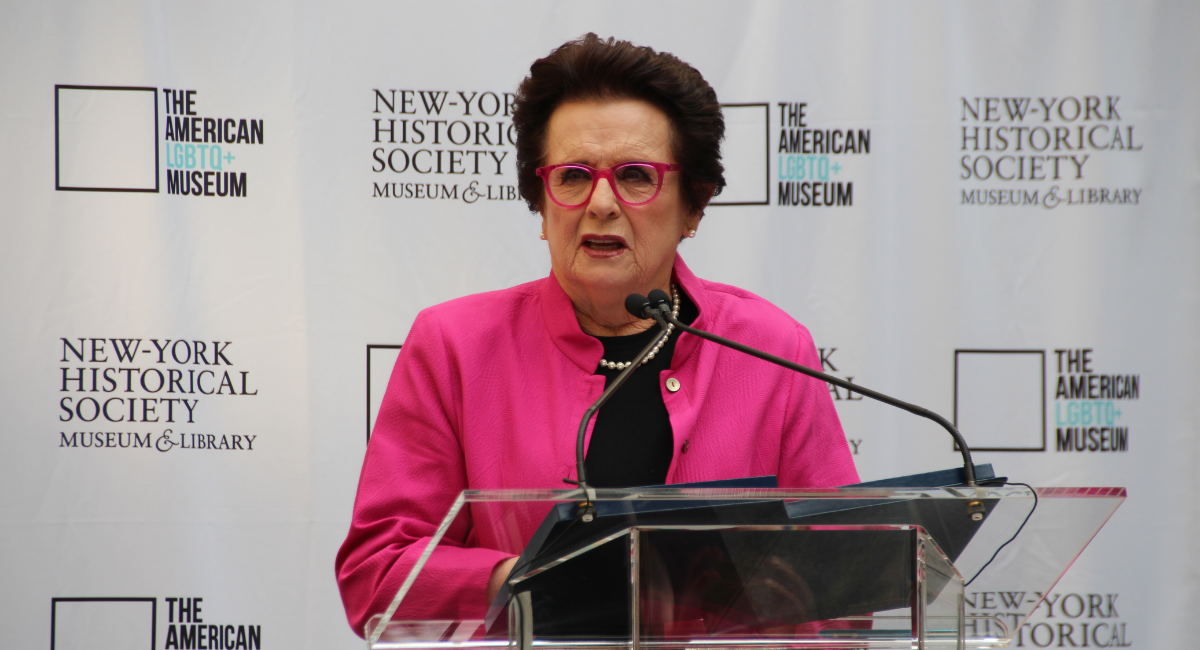 With the Supreme Court poised to potentially overturn or redefine Roe v. Wade based on the Dobbs v. Jackson Women’s Health Organization case centering on Mississippi’s protections for 15-week preborn children, many abortion supporters are insisting that such a decision would negatively impact women, impeding their ability to control their lives. Former tennis player Billie Jean King is one such woman, who shared her abortion story in a recent Washington Post op-ed.

“My own experience obtaining a legal abortion, two years before the landmark Roe v. Wade decision, illustrates why we must never roll back our hard-won reproductive rights,” King wrote. “In early 1971, I became pregnant. It was unexpected. I was 27 years old and the top-ranked women’s tennis player in the world. I was on the road constantly to help launch the world’s first professional all-women’s tour. In fact, I learned I was pregnant after almost throwing up on court during a match.”

King also revealed that while she and her husband were still together, their marriage at the time was “shaky.” Her husband did not try to dissuade her from having an abortion. “We agreed that a woman had the right to decide if and when she wanted to be pregnant. He said he would support whatever choice I made,” the athlete wrote.

READ: Female athletes say they faced pressure to have an abortion: ‘It seemed like no choice at all’

King admitted, however, that career concerns were not the sole reason for her abortion, acknowledging that tennis champion Margaret Court had taken time off for pregnancy and childbirth, which did not hinder her success. Other athletes, like runner Sarah Brown and volleyball player Kerri Walsh Jennings, still managed to achieve their dreams while also realizing new goals after the arrival of their children. Even Olympians like USA track and field competitors Alysia Montaño and Allyson Felix, as well as USA basketball player Skylar Diggins-Smith, have become mothers and have told of the positive impact it has had on their lives.

Other athletes, like track and field star Sanya Richards Ross, say they felt coerced into abortions for the sake of saving their athletic careers.

As for King, she said her and her husband’s “lives were so complicated and unpredictable that I couldn’t imagine bringing up a child in such chaos.”

King believes she was “fortunate” to live in California, where abortion was legal at the time, and expressed concern that women might not be able to have abortions like she did. Citing her dedication to ensuring “equality for all,” King then claimed that “[n]othing did more to advance women’s economic status than the right to abortion that came with Roe.”

The athlete later wrote that Roe’s central premise “is about women’s right to make fundamental decisions about their lives, futures and families. If we lose the ability to control our bodies and our futures, so many of the gains women have made will be undone. At stake are not only indignities and inequities but the rights to self-determination and equal opportunity that would fall along with Roe.”

Missing from these professions about equality and bodily autonomy is any acknowledgement that abortion does not simply allow a woman control over her own body but destroys the body of another separate and distinct human being whose right to life, bodily autonomy, and future are entirely disregarded. An abortion does not simply end a woman’s pregnancy; it ends the life of a human being.

While it is heartbreaking for any woman like King to find herself considering abortion, the solution in difficult pregnancy circumstances is for society to offer real help for women instead of proposing the death of their offspring through abortion as a viable solution.